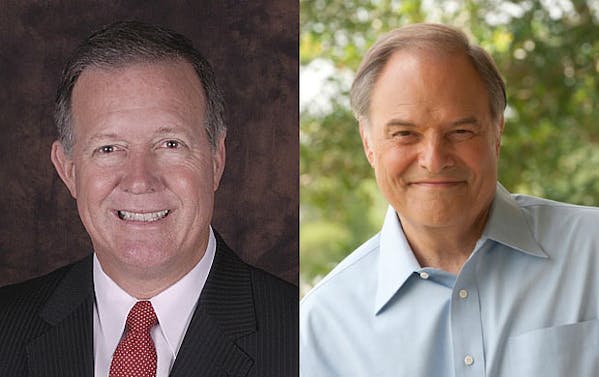 Which of These Men Will Be the Next Ron Paul?

The fight between Nick Lampson and Randy Weber to represent Congressional District 14 could be one of the few competitive races in the state this election cycle. 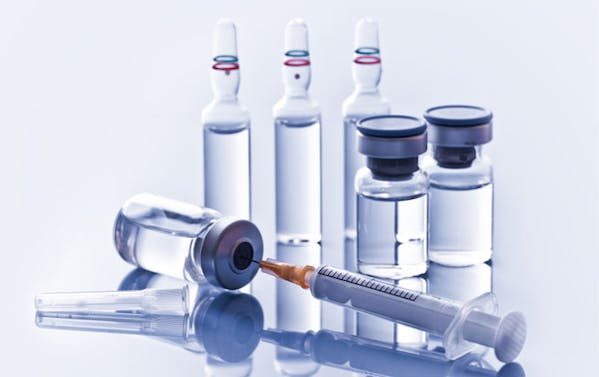 ICYMI: A&M Lands a New NASA and the Other Talk of Texas

What was Texas talking about this week? Texas A&M's new biosecurity center, Ron Paul's chances at a VP nomination, Cruz and Dew's debate, and how far the Dallas Stars will travel next year.

The Texas congressman announced in an e-mail to supporters Monday that he will not spend money campaigning in any of the remaining Republican primaries.

This email was circulated by a longtime Republican activist: If you are in Travis County proper, we desperately need you to come the the Republican county convention  this Saturday because all hell is breaking loose with the street scum the RP people are recruiting to help them overturn the… 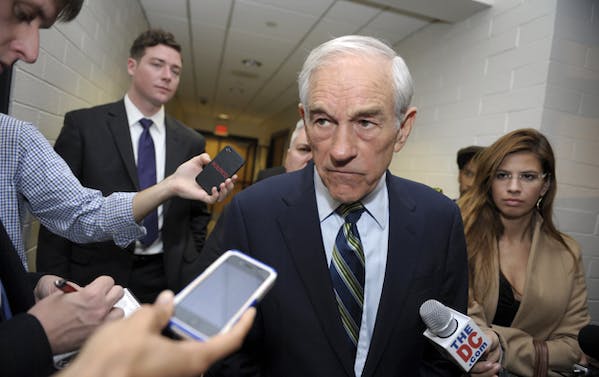 No Expense too Small for Ron Paul

The Texas Republican congressman's campaign appears to report every expense—even a $0.22 purchase from FedEx—to the Federal Elections Commission. 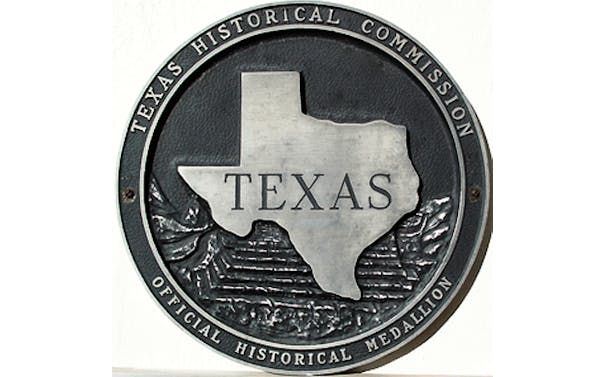 The Texas Historical Commission's markers are now eligible for their own plaque, Ron Paul and Sheila Jackson Lee are the Hill's best talkers, and the TCU drug bust was a bit pitiful.

The Swan Song of Ron

This year’s Republican primary will most likely be Ron Paul’s final run for office. And to the surprise of a political establishment that long ago wrote him off, he’s going out on a high note. 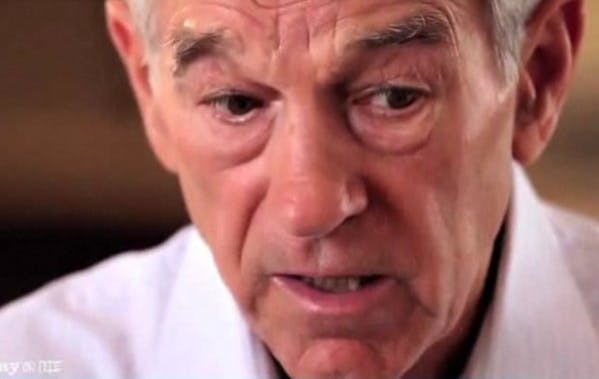 Musicians's "endorsement" on Twitter of Ron Paul for president turns out to be the work of hackers. 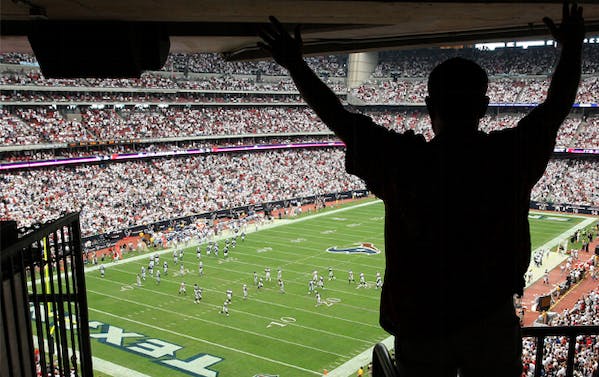 Win the Weekend: What Texas Was Talking About This Week 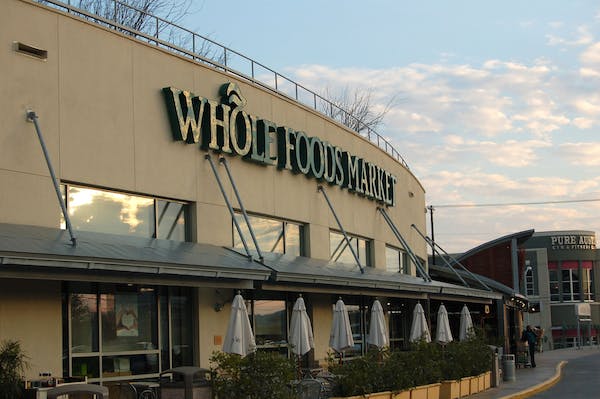 Are You a Whole Foods Voter or a Cracker Barrel Voter?

The Washington Post tries to put a fresh spin on the old red vs. blue divide by studying the voting habits of people who live close to one of the two retail chains. 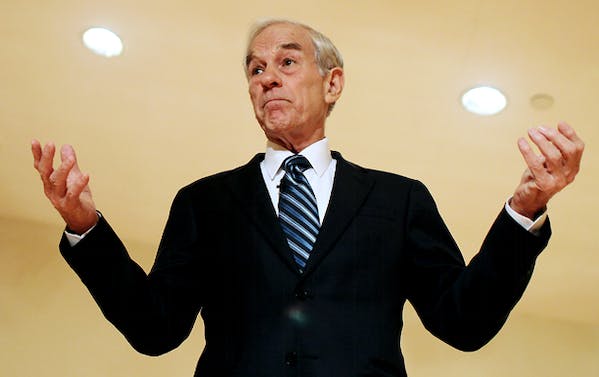 Should Ron Paul Run as a Third-Party Candidate?

Glenn Beck and Joe Scarborough said if Newt Gringrich wins the nomination, they would rather vote for the Texas Congressman.

How the media could save Perry

As the ranks of Republican candidates thin with Herman Cain’s decision to suspend his campaign, the remaining serious candidates are reduced to three: Romney, Gingrich, and Perry. No, I haven’t forgotten Ron Paul. I just dismiss him as a contender. He can get his share of the votes, but he… 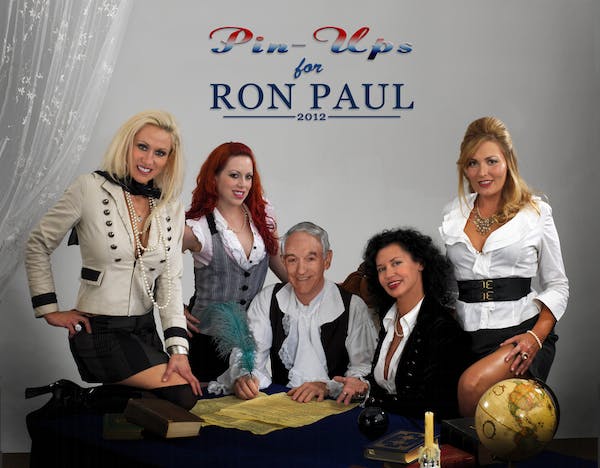 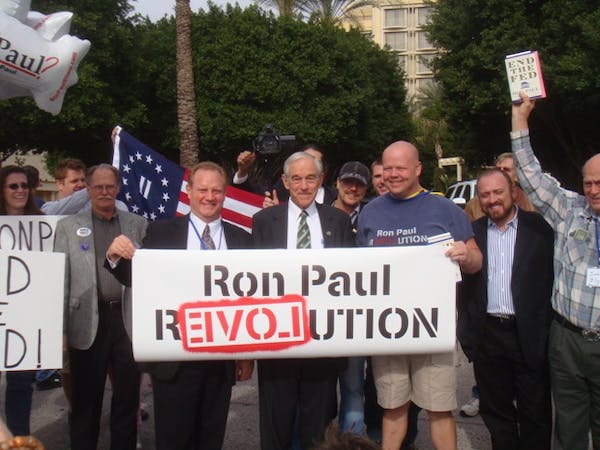 He’s not running for CD 14 (the former Ron Paul seat). He’ll run for Mike Jackson’s Senate seat if Jackson runs for Congress. If Jackson doesn’t run for Congress, Taylor will run for reelection to the House Taylor was going to have a hard time vs. SREC member Michael Truncale,…

What does Larry Taylor want? [UPDATE]

On Tuesday [I tweeted (based on various reports) that Larry Taylor, the House GOP caucus chair, was going to run for Ron Paul’s congressional seat–the point being that if he did so, this would be highly beneficial for Joe Straus, as Taylor could emerge as a potential rival for speaker,…

No surprise here. A WMUR/Granite State poll, conducted by the University of New Hampshire Survey Center, shows the former Massachusetts governor far in front, Bachmann running second, and everyone else in single digits. The date of the poll was not reported. The poll results (773 likely Republican primary voters, MOE…

The Morning News reports that the Texas congressman is considering a run for the Senate. [I am having trouble with the link.] Paul is not going to be able to resist the chance to serve in the Senate alongside his son. If he runs, who is going to beat him? The guy with…

I haven’t previously paid much attention to the candidacy of Debra Medina, of Wharton, for the Republican nomination for governor, but when the Rasmussen poll shows Hutchison ahead of Perry by 2% and Medina gets 3%, perhaps it’s time to pay attention. This race is fertile ground for a wild-card…

Who has the best chance to hold the Senate seat for the GOP?

I don’t think it is any of the announced candidates. It’s a member of the Texas congressional delegation, whose members are worried about whether any of the wannabes can hold the seat against a Democrat. –This candidate has a large, enthusiastic constituency that goes beyond the boundaries of his district…

ABC’s “The Note”: Ron Paul on the swine flu scare

ABC's Z. Byron Wolf Reports: Texas Congressman Ron Paul, looking at the precautions and reactions relating to the swine flu outbreak in Mexico, the US and other countries, has a simple message: Calm down, everybody. In a video recorded in his Capitol Hill office and posted on his Web site, Paul says the whole thing reminds him of 1976, his first year in the House, when he was one of two Congressmen, both doctors, to oppose a government flu shot program at the time. "Back then there was a panic and they said it was going to sweep the nation and they rapidly came up with some flu shotsand the government was going to inoculate everybody and save the world from this disaster," Paul said, arguing he was vindicated in casting his vote against inoculation. "But the flu came. The flu went. And one person died. Except for those individuals who died from getting the flu vaccine and over 25 people died from just getting the vaccine and many got ill from it until finally they had to suspend the program. And here we are once again, the swine flu coming up and everybody is panicking." Read more about the 1976 swine flu fiasco here. Paul said he is not trying to downplay the seriousness of swine flu, especially to the people who have died in Mexico. But Paul argued that "we have had no deaths yet in this country" and argued that few in the United States have even been hospitalized with the swine flu "and yet it's practically like we have been attacked by nuclear weapons," said Paul in the video. There have been more diagnosed cases in New York since he recorded his message.