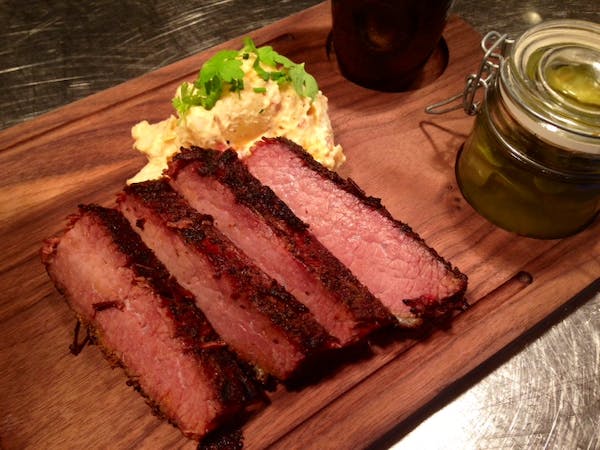 The Lowest and Slowest, Part II

Last week we took you to Tioga, Texas, where Warren Clark developed a three-day smoked brisket recipe that is still served at Clark’s Outpost, the restaurant he founded decades ago. His method was borne from his earlier days using a traditional smokehouse in Arkansas, where cooking time was measured in days.