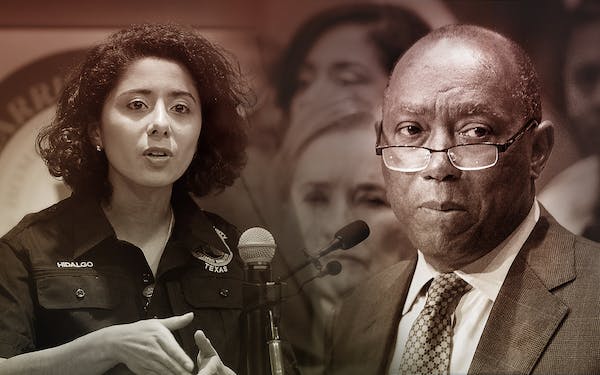 Lina Hidalgo and Sylvester Turner Appear United. But Behind the Scenes Their Styles Clash. 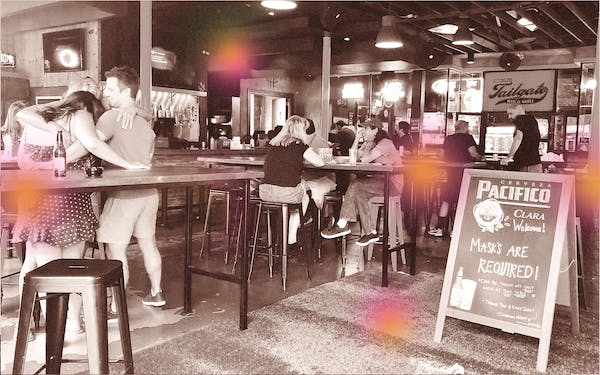 As public health experts warn that ICUs in the city might soon be overwhelmed with coronavirus patients, shops and restaurants remain packed. 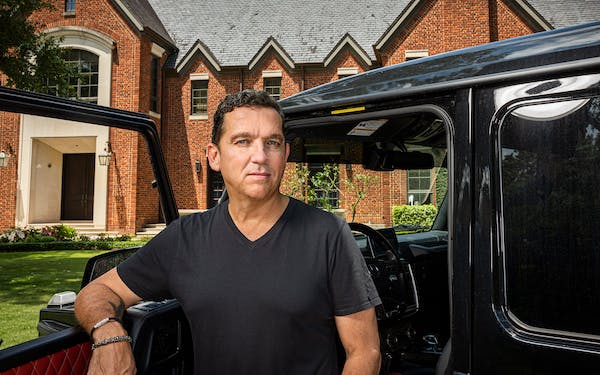 To beat Sylvester Turner in the runoff, the flamboyant millionaire needs to be aggressive and smart. Instead, Buzbee’s campaign is lackluster. 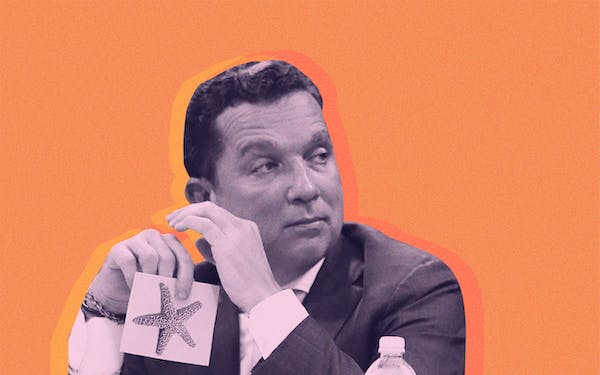 The eccentric megalawyer’s unpredictable and at times unintelligible speech claiming victory in Houston’s mayoral election has to be seen to be believed. 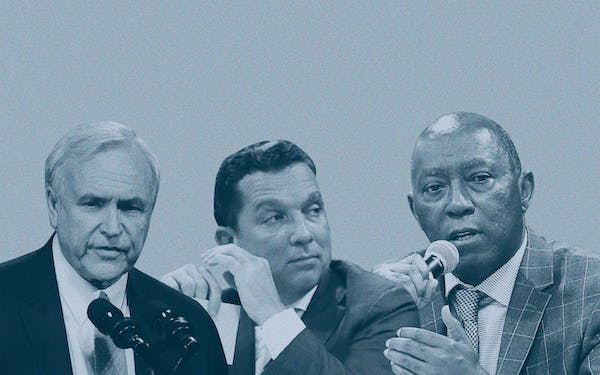 Despite, or maybe because of, Mayor Sylvester Turner’s business-as-usual approach, the race is surprisingly contentious. 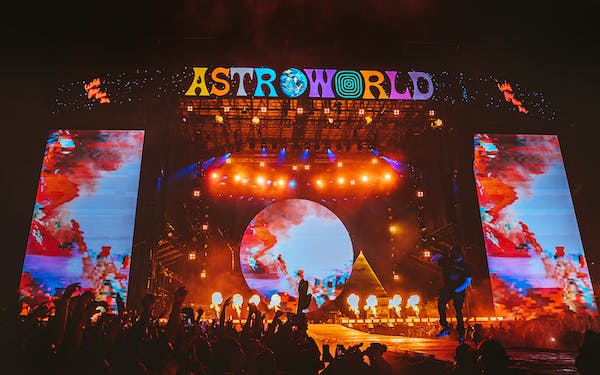 Houston mayor Sylvester Turner appeared onstage at the Toyota Center to present the rapper with the key to the city—and teased the promise of roller coasters. 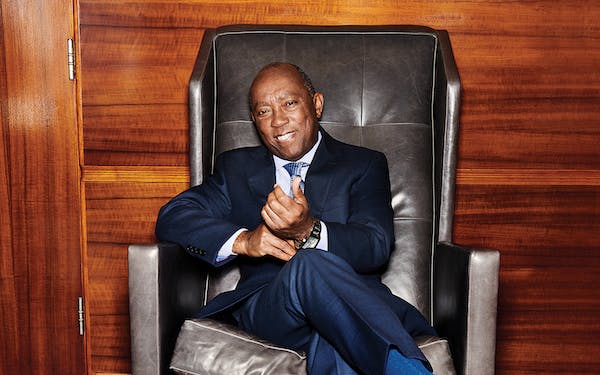 The Houston mayor understands the wisdom of maintaining good relations even with people you disagree with again and again. 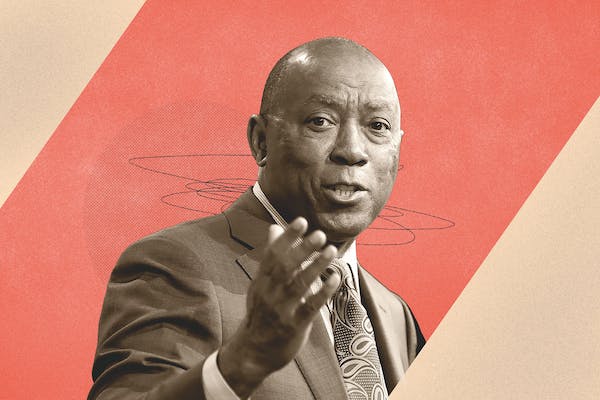 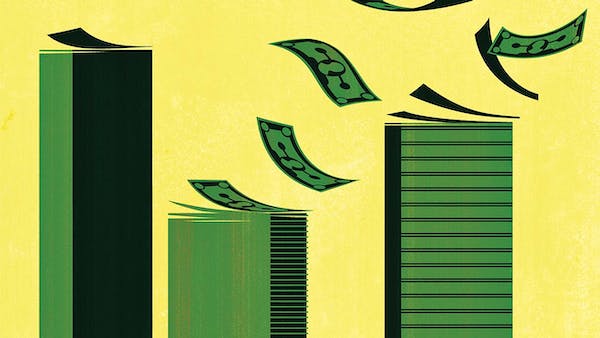 in a state known for austerity, how can Texas's largest cities be nearly broke? 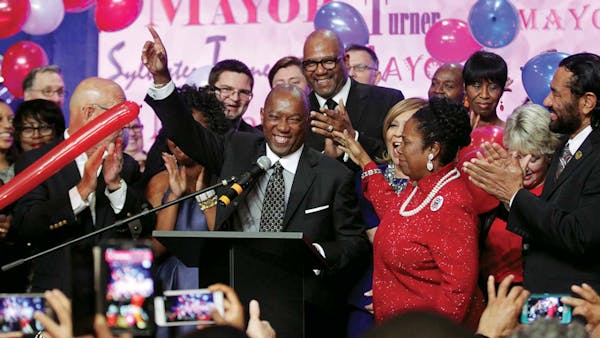 Hail to the Chief?

Houston greets its new mayor, Sylvester Turner, with a host of big-city problems.

The election only determines who will lead the nation's fourth-largest city, no big deal. 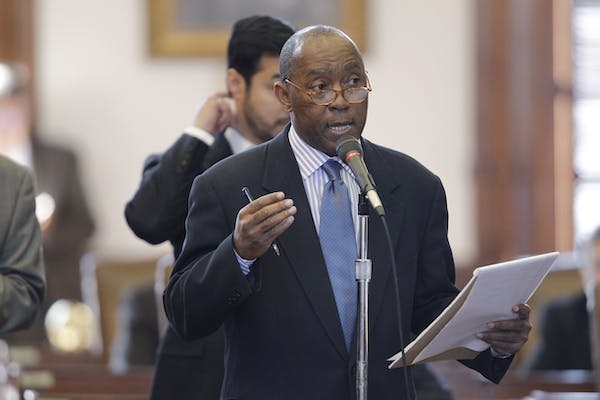 The Texas Legislative Black Caucus is not happy with proposed interim House map, but some argue that African Americans are fairly represented. 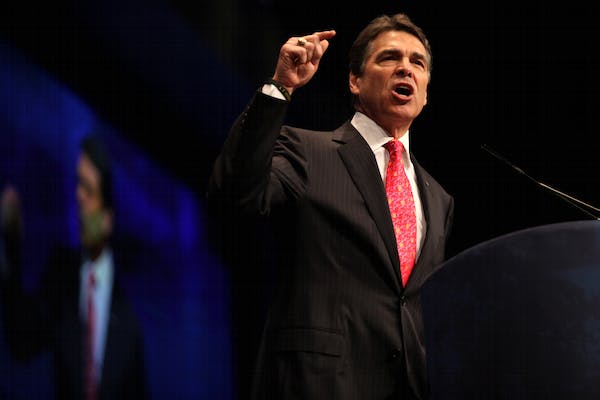 If the purpose of the House budget bill was Shock-and-Awe, it achieved maximum success: House Democrats wasted no time identifying the many, many Doomsday scenarios that would result if state programs are cut to fit available revenue. No room for grandma at the nursing home. No financial aid for worthy…

Sylvester Turner went to the Public Utility Commission yesterday to argue for a petition he had filed asking the PUC to declare a moratorium on electricity disconnections for certain customers for the remainder of the summer. The customers that would be covered included low-income seniors (up to 125% of the…

The House budget debate had a lot in common with the Cold War. The two sides came to the battlefield fully armed, but they engaged in frequent diplomacy that avoided a nuclear conflagration. Jessica Farrar, for the Democratic caucus, and various Republicans, Phil King among them, held a summit on reproductive issues--strategies to prevent abortion, for the R's, and family planning funds, for the D's, both of which were under attack from the other side--and agreed to total disarmament. All proposed amendments were moved to Article 11, where dreams go to die. Nothing came to a vote. All this peace and harmony slowed down the House's already glacial pace. Motions to table amendments were rare. Instead, the chair would intone, "The amendment is withdrawn," and the glacier would grind to a halt while members looked for a way to fix the problem. For example, Mark Strama had an early amendment to state the intent of the Legislature that not less than 70% of the research superiority grants from the Emerging Technology Fund should be for clean energy research and development. Otto didn't agree with stating an exact percentage, and everything stopped while they worked out agreeable language. Occasionally an amendment would spur the ideologues into action. Martinez-Fischer had an amendment to encourage the Employees Retirement System to hire more minority fund raisers. Christian, the chair of the Conservative Coalition, jumped into the fray: What is a minority? Do you know the performance of minority fund managers? Give me a fund where a minority fund manager has performed well. Phillips followed with an amendment to the amendment that would have required fund managers to be chosen on the basis of experience, skill, education, and demonstrated success. Point of order! Sustained. The most dreaded words of the debate were: "Rule 8, Section 4"--the grounds for a point of order that an amendment was attempting to make law in an appropriations bill, in contradiction to the text of the rule: "General law may not be changed by the provision in an appropriations bill." This was the graveyard of many an amendment, including Berman's immigration amendments. Sometimes, as in the case of Christian's proposal to remove all funding for the Public Integrity Unit and give the authority to the attorney general, the amendment was quietly withdrawn. This was clearly the worst public policy in the entire debate, and I wonder if Abbott planted the suggestion. I wouldn't be surprised if more amendments weren't killed on points of order this year than last, but nobody seemed to mind, except Phillips, who made a personal privilege speech after Martinez-Fischer killed his attempt to tack on a contingent teacher pay raise.

The rules debate: The way it’s supposed to be

It was an amazing thing to be in the House for Wednesday’s rules debate. It was as if someone had taken a giant vaccuum cleaner and sucked all the tension out of the air. The House went about the business of adopting its rules without dramatics. Speakers come and speakers…

The highlights: 1. A process is established for removal of the speaker following the refusal to recognize a member for a question of privilege. (The Tom Craddick Rule) This had to be done. The Craddick/Keel/Wilson ruling that the speaker was an officer of the state and could not be removed…

I have covered the Texas House of Representatives since 1975. What I love about the place is that, traditionally, it is has been an open shop. The culture of the House is that you can do what you are big enough to do, whether you are on the team or…

No Time for Tom

Everyone wants to attend Craddick’s funeral, but the corpse is still breathing—barely. One more nail in the awaiting coffin: The Democrats  published their names. It’s vital, as January 13 approaches, that the insurgents do everything possible to bolster their credibility, and the best way to do that was lay out…

Honorably Mentioned: Burt Solomons, Jim Keffer, Craig Eiland, Brian McCall, Rafael Anchia, Charlie Geren, Warren Chisum, Phil King, and Rob Junell (naturally). If you do not see your name on the list, you have given us no reason to talk about you. (Go watch it on our homepage so I…

The Democratic Pledge: why it won’t work

Why is it that the Democrats insist on trying to act bossy? Is it genetic? Can’t they help themselves? The demand upon party discipline before they have won a majority is foolish. My last post on this subject was, I have to admit, a bit on the hysterical side, and…

Jan 20, 2021
Texas’s Most Famous Historian Looks Back at His Own, Legendary Life