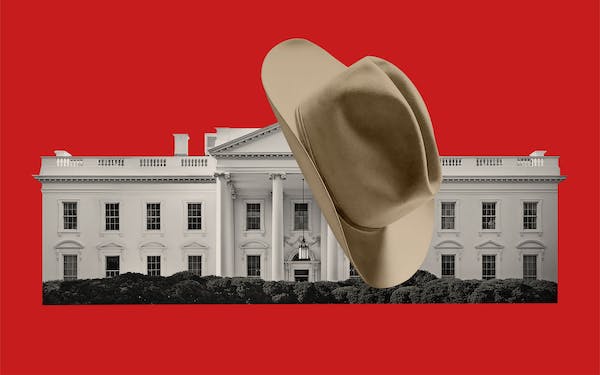 There’s One Thing Missing in the Biden Administration: Texans

Lone Star Democrats have almost nowhere to hang their hats in the most diverse administration in U.S. history. 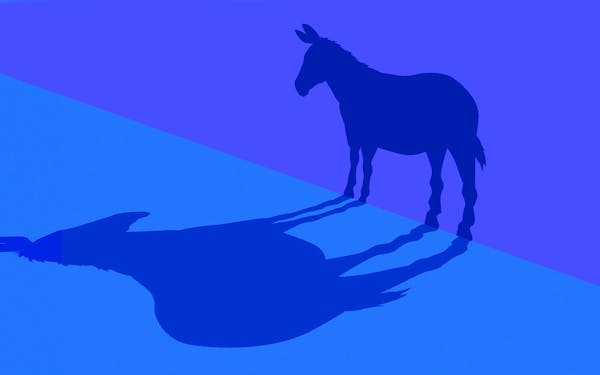 Texas Democrats Went Missing for Decades. Can They Come Back Tuesday?

The state’s minority party hasn’t had this big an opportunity to shake off its loser mentality in a long, long time. 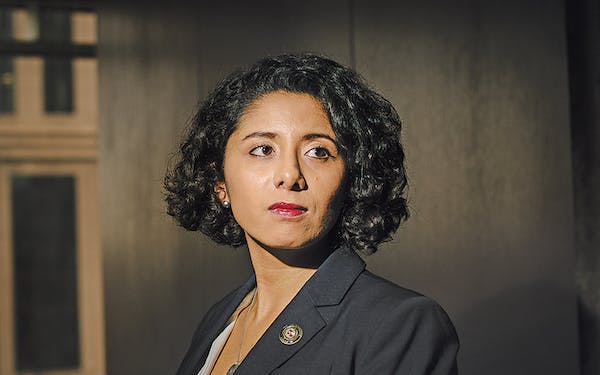 Led by a twentysomething Latina, Democrats now run Harris County, offering a glimpse at what things might look like—for better or for worse—if the party finds itself back on top across Texas. 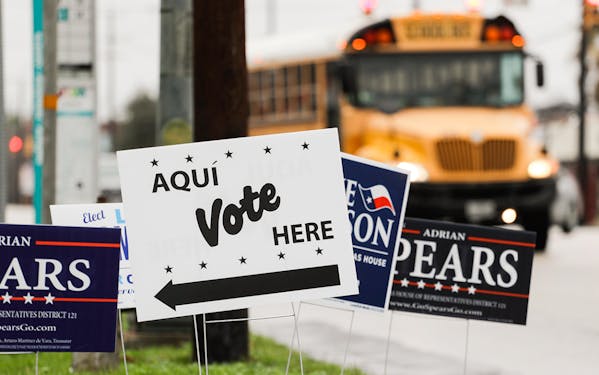 An analysis of the first four days of early voting in the March 6 primaries indicates that the fabled rebellion against the Republican social conservative leadership may not be materializing. 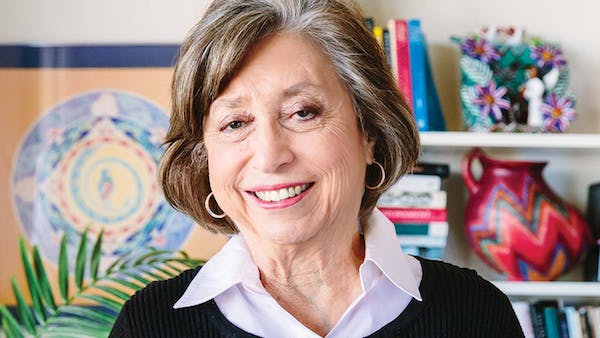 A new book from Mary Beth Rogers hopes to show Texas Democrats a path out of the wilderness. 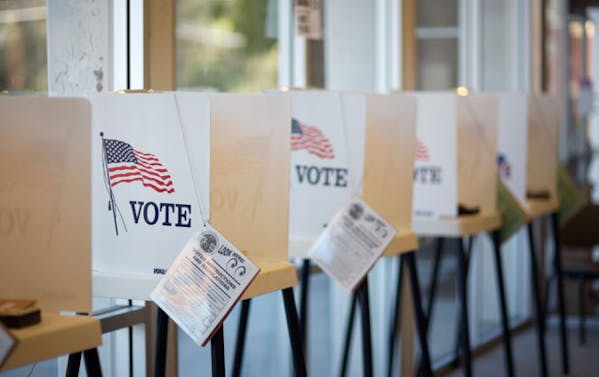 It's not much, but it's what they have. 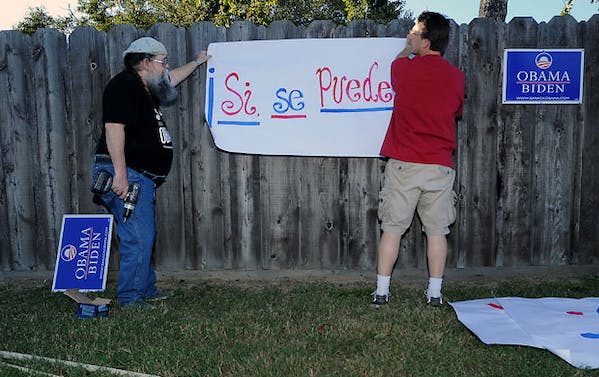 With less than two weeks until the general election, signs in Lubbock and Beaumont have been defaced and stolen. 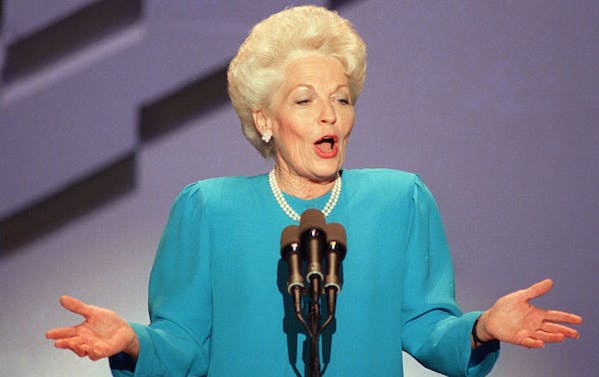 Remembering the Last Texan to Deliver the DNC Keynote Address

Julián Castro's speech at the Democratic National Convention brought on a wave of nostalgia about Ann Richards, the last Texan to grace that stage. 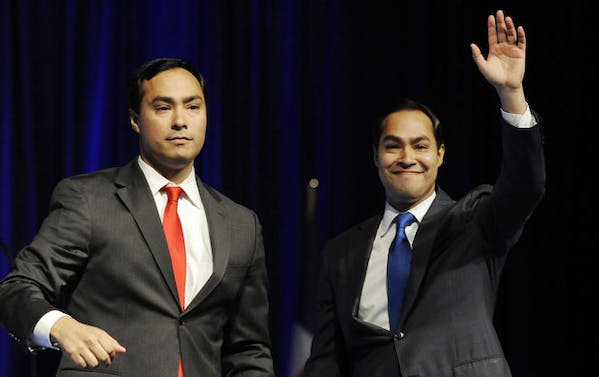 Everything You Wanted to Know About Julián Castro

A primer on the San Antonio mayor, who was recently thrust into the national spotlight after he was tapped to deliver the DNC's keynote address. 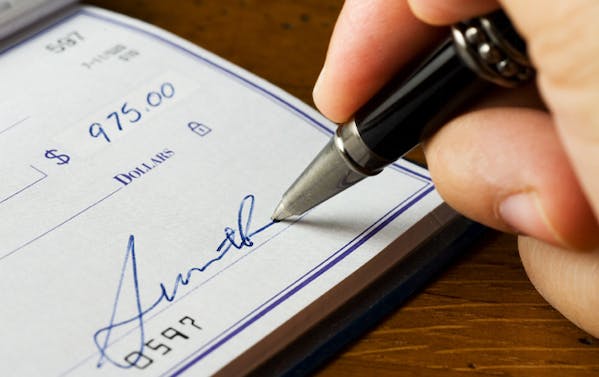 A Democrat has not won statewide office in Texas since 1994, prompting wealthy Texas Democrats to send their political donations to fund out-of-state races.

Rick Perry’s stumbles on the national stage have inadvertently highlighted the weakness of his opposition back home—Texas Democrats.

Found in the Democratic party’s dumpster

Sifting through the dumpster behind the Democratic party headquarters, I came across discarded copies of this memo. From: Your Democratic leaders To: All Democratic voters Re: Election strategy To all Democrats in Texas: We have determined that the best strategy for Democrats in this election is to vote in the…

From a release by the Washington-based Lone Star project: With 2010 candidate filing now closed, it’s apparent that Texas Democrats have filed their strongest slate of candidates in years. We can expect that our ticket will be led by Houston Mayor Bill White who brings an impressive resume and unquestioned…

Senate Democrats sent a letter today to Secretary of Education Arne Duncan asking for clarification about the use of State Fiscal Stabilization Funds in its recently-adopted budget, specifically whether the spending plan incorrectly supplants general revenue with federal money intended for schools. "We are requesting specific guidance on whether the Senate's decision to supplant general revenue using SFSF is an allowable use under the ARRA (American Recovery and Reinvestment Act)," the letter states. "Our concern lies with the fact that the SFSF was used to supplant general revenue in the Senate budget, swapping out --dollar for dollar state funds for federal funds." At issue is $3.25 billion that the Democrats believe should go directly to school districts.  A coalition of Texas school superintendents has already sent a similar letter to Duncan. The letter includes a transcript of a Finance Committee hearing in which a Legislative Budget Board staff member refers to "swapping GR for stimulus funds" and Sen. Florence Shapiro says, "so we've taken the money in the stabilization fund and, for lack of a better word, and I know we hate this word, supplanted it for our general revenue." More from the letter:

How the Democrats can win

Houtopia, a Bayou City blogger, offered this comment to my sourpuss post about why Chris Bell lost. I am going to publish it here, because I think it is very smart, without being right. Mostly I agree that this race was lost for Bell the moment the Austin…

In a nutshell: Democrats did very well in the Dallas-Fort Worth area. In the rest of the state, not so well. Their hopes for picking up multiple seats in Harris County did not bear fruit. They lost one of their few rural seats in Robbie Cook's old district. I'm going to list all the races that were in play, by district number, with the prevailing candidate listed first: District 3 Homer (D) vs. Hollingsworth (R) Homer has just under a 2,000 vote lead with 9 boxes out, all of them in Delta County. D hold District 11 Hopson (D) vs. Walker (R) Walker grabbed the lead by 715 votes with 2/3 of the vote in, then Hopson wrested it back. Eight boxes were out, all of them in Houston County, and Hopson led by 65 votes. Hopson had carried Houston County in the early vote and did well enough on election day to win by 102 votes. D hold District 17 Kleinschmidt (R) vs. Dippel (D) Dippel faced an uphill battle. Kleinschmidt had almost defeated Robbie Cook, the WD-40 incumbent, in 2006. Even so, a 7,000-vote blowout was a significant underperformance by the Democrats. Dippel was slow to work the black vote in Bastrop County. R pickup District 32 Hunter (R) vs. Garcia (D) I never understood, or bought into, the Democrats' unbridled optimism about Garcia's chances to hold an overwhelmingly Republican district. Here are the flaws in the reasoning: (1) Garcia won the seat in 2006 because Gene Seaman, the Republican incumbent, became enmeshed in a scandal. (2) Todd Hunter was a much more formidable candidate than Seaman. (3) I don't care how good a candidate Garcia was; bad numbers trump good candidates. There was never any sense of realism about this race in the Democratic camp. R pickup District 34 Herrero (D) vs. Scott (R) Republicans threw everything but the kitchen sink at Herrero. It was good money after bad. Herrero won by 2,500 votes. D hold District 47 Bolton (D) vs. Keel (R) Trying to win a Democratic seat in Travis County is not a profitable strategy for Republicans. Bolton won the early vote by 4,000 votes, and the race was over. D hold District 52 Maldonado (D) vs. Daniel (R) This is a significant victory. Democrats established a beachhead in the suburbs, the Williamson County seat being vacated by Mike Krusee. Maldonado posted an 1,800-vote lead in early voting, which has now shrunk to 848 votes with one box outstanding (12:39 a.m.). Craddick may have backed the wrong horse in the Republican primary; prosecutor Dee Hobbs had a better chance than Daniel to hold the seat. D pickup District 55 Sheffield (R) vs. Murphey (D) Probably the Democrats should have passed on this race to fill the seat being vacated by Dianne Delisi. Bell County is very Republican. But Sheffield was a flawed candidate with a checkered past, and Murphey was well known and well liked in the district. Didn't matter. There just weren't enough Democrats in the district for Murphey to make a race of it. R hold

The Democratic Pledge: why it won’t work

Why is it that the Democrats insist on trying to act bossy? Is it genetic? Can’t they help themselves? The demand upon party discipline before they have won a majority is foolish. My last post on this subject was, I have to admit, a bit on the hysterical side, and…

AS IF TEXAS Democrats didn’t have enough trouble, the state party is losing one chairman (incumbent Bill White) and not getting another (uncandidate Cecile Richards, daughter of Ann) because both wanted to spend more time with their families. White, who describes himself as “not all that partisan—I prefer to find…