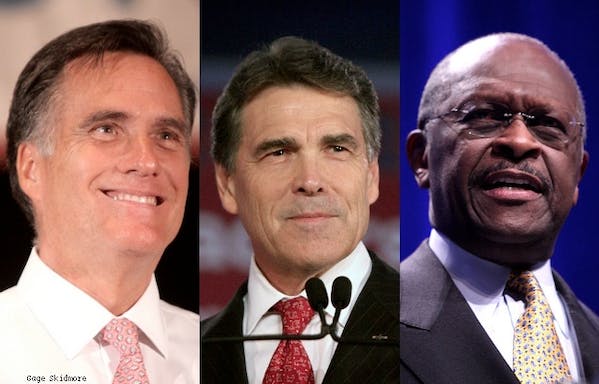 Today in Perry: Smear Tactics, Debate Hate, and Media Puts Him on Watch

Cain staffer points finger at Perry campaign for harassment leaks, the Governor still “hates” debating, and the Washington Post says that this month is “make or break” 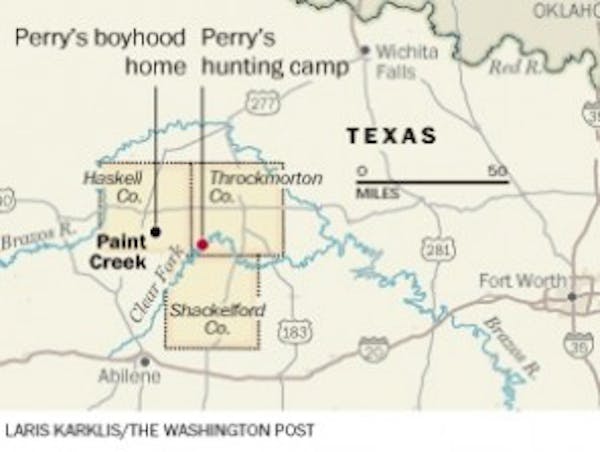 I am hesitant to opine on things I don't know much about, and so I am loathe to comment on the Washington Post story about what the Post describes as "his family's secluded West Texas hunting camp." The gist of the story, for those unfamiliar with the Post's version," is that there is a large rock on the property with the name "Niggerhead Ranch" painted, or painted over, on it.  Below, I am republishing several paragraphs from the story. Everything in italics is from the Post's story: In the early years of his political career, Rick Perry began hosting fellow lawmakers, friends and supporters at his family’s secluded West Texas hunting camp, a place known by the name painted in block letters across a large, flat rock standing upright at its gated entrance. “Niggerhead,” it read. [The story continues] Ranchers who once grazed cattle on the 1,070-acre parcel on the Clear Fork of the Brazos River called it by that name well before Perry and his father, Ray, began hunting there in the early 1980s. There is no definitive account of when the rock first appeared on the property. In an earlier time, the name on the rock was often given to mountains and creeks and rock outcroppings across the country. Over the years, civil rights groups and government agencies have had some success changing those and other racially offensive names that dotted the nation’s maps.

After one of the early Republican debates, I raised the issue of whether Perry was having problems with his recovery from back surgery. Perry had looked so uncomfortable in that debate that I wondered if he were wearing a back brace. He kept twisting his torso a little, as if he were trying to find a comfortable position. My comments were carried on the web site politicalwire.com and in the National Journal. Today, the Post's conservative blogger ("Right Turn"), Jennifer Rubin, addressed the issue: Texas Gov. Rick Perry had back surgery on July 1. Saturday night David Carney (Texas Gov. Rick Perry’s chief campaign strategist and long-time advisor) confirmed to me via email a report from a source who met with the governor before his made the formal decision to announce that Perry was in a back brace “on in [sic] off for a few weeks in July after his procedure.” He told me Perry had not worn the brace since his August 13 announcement. Carney denied that Perry is now experiencing any back pain or is on any medication. “He is not in any pain — why would he need pain medicine? No he is not taking pain medicine,” he emailed me. I asked if he was tired during the debates. He answered, “Not that I know of.” As I wrote at the time, I have had back surgery to repair a ruptured disk, and I can sympathize with Perry. What concerned me most was that Perry's surgery, which, as I recall, involved fusing part of his spine, included an experimental treatment with adult stem cells taken from his hip, a procedure that is not approved by the FDA and that has not been proven to have any clinical benefit, nor is it covered by insurance.

The Washington Post’s take on the debate

(The author of the following excerpt is Dana Milbank.) The applause identified Rick Perry as the crowd favorite when he took the stage in Tampa for Monday night’s Tea Party debate,  greeting his lesser rivals as “fellas.” But two hours later, those fellas – and a gal from Minnesota –…

Illustrator Tim Bower, who worked on this month’s cover story, talks about drawing, humor, and his favorite Bum Steer.