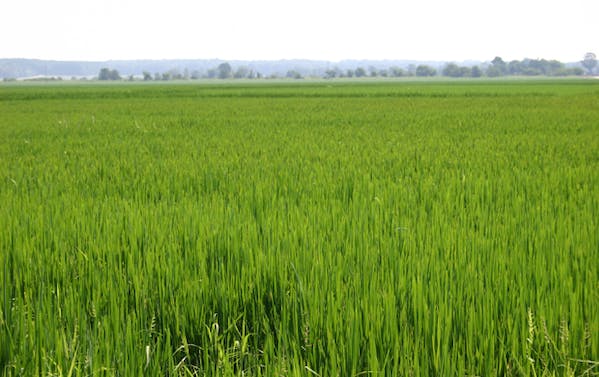 My position on the Constitutional Amendments proposed for November 8 follows. For a link to a more complete explanation of the amendments, click HERE. 1. The amendment authorizes the legislature to provide the surviving spouse of a 100 percent or totally disabled veteran with an exemption from ad valorem…

Ritter weighs in on the water bonds

Chairman Ritter posted a comment about the water bond thread of discussion. Rather than having it buried in the comments section, I am going to post it separately, below. Paul, I can certainly understand your frustrations with the legislature not finding a dedicated source of revenue to fully implement our…

Should we vote for the water bonds?

[This post has been revised since it was first published yesterday to reflect that the water bonds will not have to be paid for with general revenue. Since then, a reader has posted the fiscal note. It says that the bonds include both self-supporting and not self-supporting debt, and that the latter (which is paid for from general revenue) counts against the state's 5% debt limit.] * * * * The answer is obvious, right? Of course we should vote for them. We're in the middle of an historic drought. Well, I'm not so sure about this. Governor Perry and the legislature are up to their old tricks. We're supposed to have a pay-as-you-go fiscal system, but that is just a fiction. In fact, we're borr0w-as-we-go. We borrow to build highways. We have borrowed to buy "equipment." We borrow to build college buildings with tuition revenue bonds, knowing that the tuition will not cover the cost of the bonds and they will have to be paid out of general revenue. As will the water bonds. The debt service will eat away at the meagre general revenue that our tax system produces. Can you imagine how much it is going to cost to pay the debt service on $6 billion in water bonds? The boosters are lining up behind Senate Joint Resolution 4, which will be proposition 2 on the November 8 ballot. In this case, the boosters are the H2O4Texas campaign, which they self-describe as "a newly created 501(c)4, nonprofit corporation – brought into existence to develop the Texans for Prop 2 Campaign, which will educate voters about the importance of passing Proposition 2 in November."

On the Lege video-Allan Ritter

We sat down with Allan Ritter, chairman of the House Natural Resources committee, to ask him about HJR 138, his proposed constitutional amendment to provide funding for the state water plan.