own into the seemingly endless South Plains almost 100 years ago, Texas Tech has emerged and grown into an institution that delivers the highest level of academic excellence. If this historic milestone is proof of anything, it’s that anything is possible when you believe.

In 2023, the university will celebrate its history, spirit, and future with a series of films, events, tours, and a few experiences yet to be unveiled. The events will begin at the school’s “Carol of Lights” on-campus holiday celebration in December 2022 and conclude at the same event the next year. For one whole year, Red Raiders across the nation will have their chance to honor the past and the future.

On February 10, 1923, Texas Technological College was signed into legislation. Soon thereafter, Lubbock was chosen as its home. The state’s selection committee was captivated by the massive support the town’s humble residents could provide, and they weren’t wrong. Over the next two years, the small West Texas community built the campus’s seven buildings, many of which stand today largely unchanged, and opened its doors to the inaugural student body. 914 students, and a few ovine creatures, pioneered the way for hundreds of thousands to come. 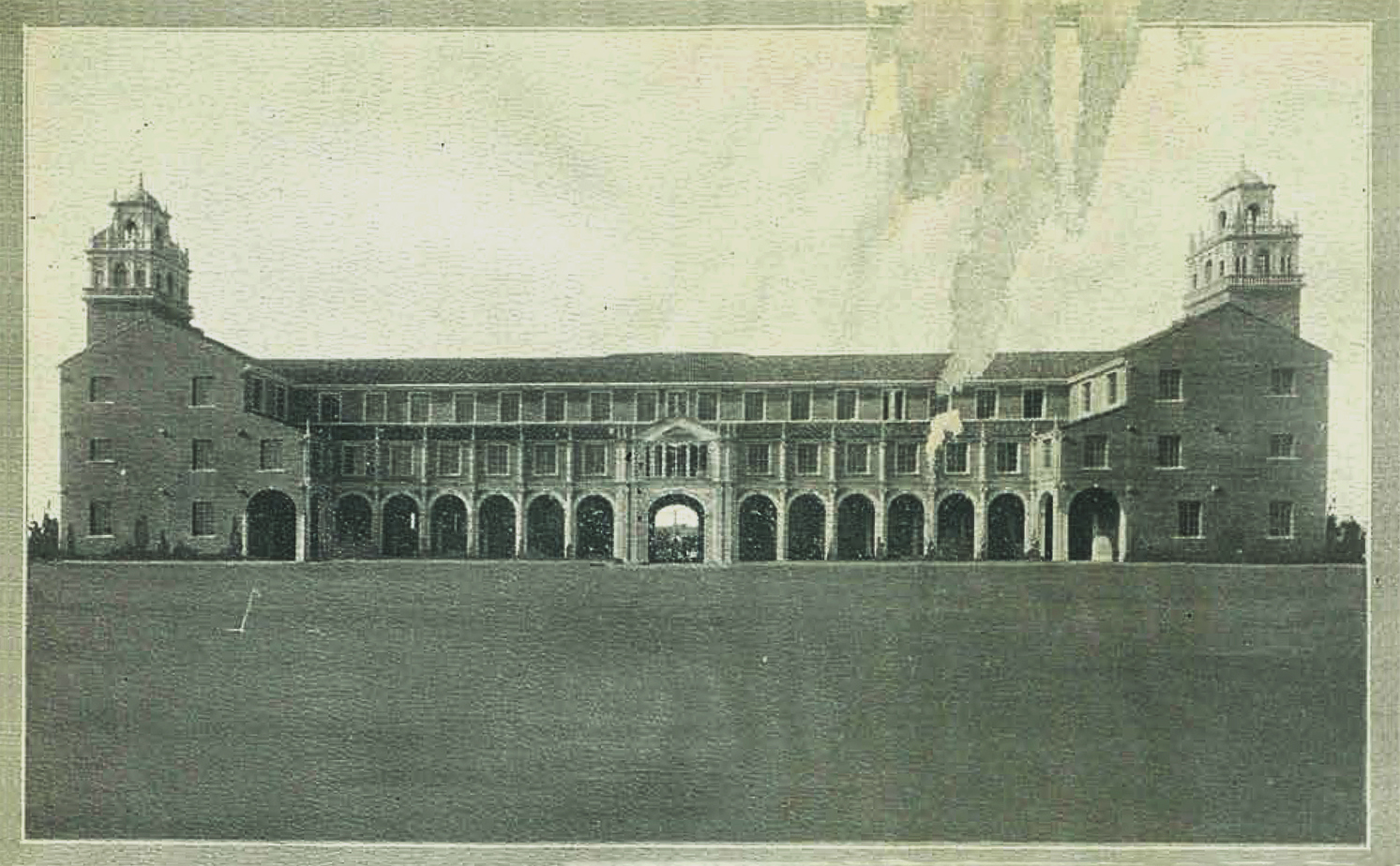 The first campus building of many, the administration building, is modeled after the Universidad de Alcalá in Alcalá de Henares, Spain. 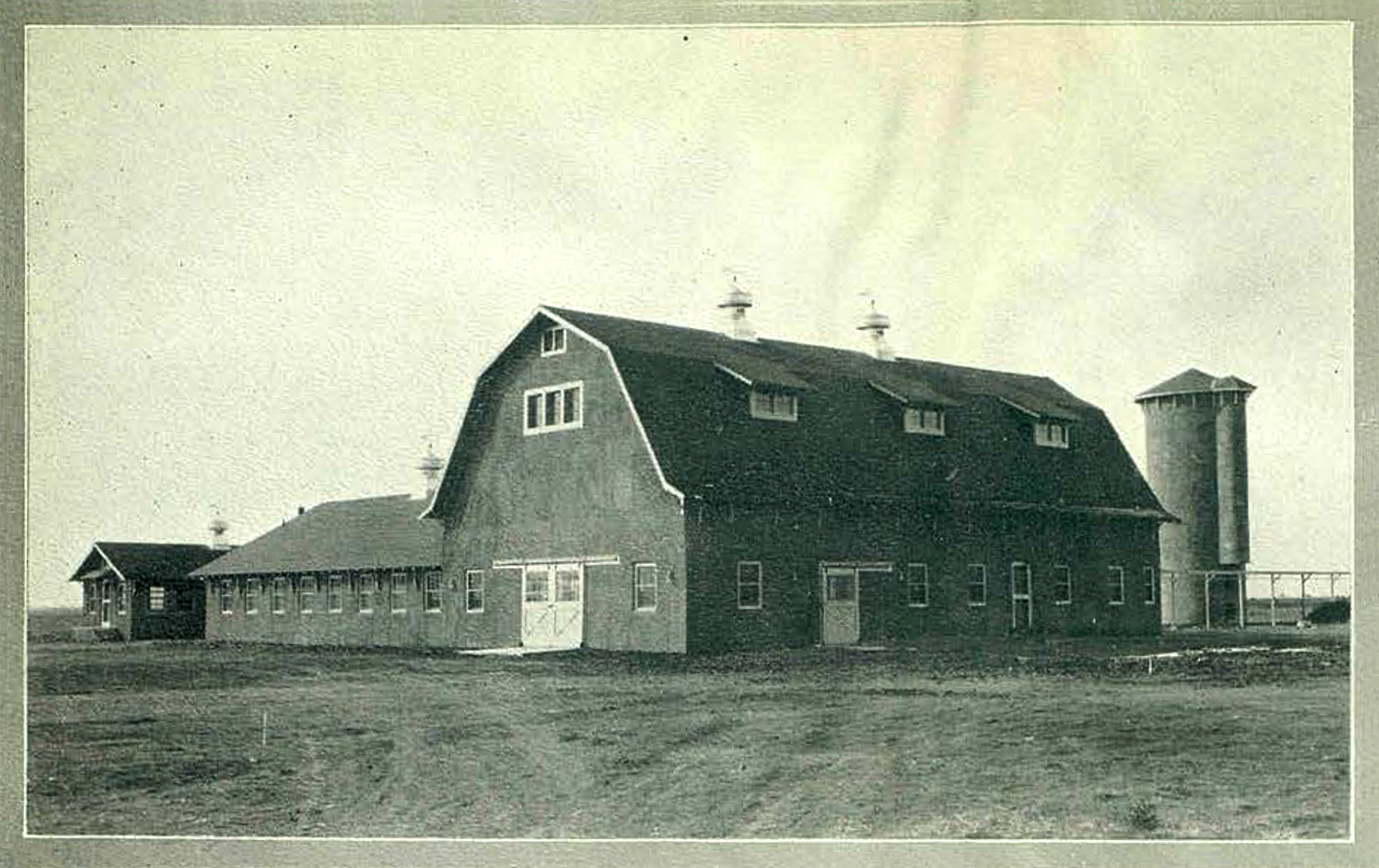 Known today as the “dairy barn,” this is where early students would bring their cows to sell dairy products to pay for their tuition.

In the centennial book 100 Years, 100 Voices, tales of Texas Tech and its accomplishments will be told by those who made them happen. The ones who constructed the first curricula, the legends who packed the stadiums, and everyone in between. Throughout the book’s 240 pages, you’ll find incredible stories of why being a Red Raider means so much to so many.

The university’s on-campus museum will launch a custom centennial exhibit to showcase artifacts, photography, and more from the past century. Each experience will be curated to bring you closer to what life was like for Red Raiders throughout the years. While this fusion of Texas Tech’s greatest moments in history will be taken down at the end of 2023, certain aspects will remain on display for future generations to witness the university’s upbringing.

Everything that is done on these West Texas Plains ought to be on a big scale.”

If you’ve ever been to Texas Tech, you know it is surrounded by an endless horizon – 360 degrees of infinite views, providing a daily challenge to Red Raiders to pursue the impossible.

The next century’s challenges will be enormous. Energy solutions, water management, sustainability – these are just a few of the things Texas Tech is poised to make an impact on. In 2016, the Carnegie Classification of Institutions of Higher Education listed Texas Tech among the country’s most prominent research schools. This is more commonly known as being “Carnegie Tier One” status, a title reserved for the top 115 entities across the country. The accolade is but one of many that prove that this school and all those who call it home have a bright future.

Texas Tech also understands that it would not be what it is today without the support of many communities across the country, so this centennial celebration is also a moment for the Red Raider family to give back. The university is calling on all alumni, students, faculty, and anyone else who loves the school to commit a collective 1 million hours of volunteerism and service.

For more about the centennial celebration, the school’s history, and how you can get engaged throughout the next year, visit 100.ttu.edu.

We are Texas Tech Red Raiders.
Our eyes are always on the horizon.
‍We were born to be difference-makers,
As we come from a different place.
We are of West Texas,
Sown on the endless South Plains.
And from these humble roots, our legacy has grown.
We look to the future,
Seeing the potential in people,
Studying the progress of the century past,
Envisioning the way for the century ahead.

Our eyes are always on the horizon.
‍From here, anything is possible.
So we keep our heads up and eyes forward,
Our imaginations filling the wide-open space.
There is freedom to dream here,
Challenging us to explore,
To make our ideas bigger.
Others’ ideas, better.
To ensure our pride shines brighter
So others can see the way we see.

Our eyes are always on the horizon.
‍We look to change the world
As many before us have.
With unlimited belief and unparalleled energy,
We have broadened our minds,
Opened our hearts,
And printed our names in the pages of history.
But our work is far from done.

Our eyes are always on the horizon.
‍We are traditions carried into the next generation.
Our heritage reverberates
When the Masked Rider storms the field,
When our arena booms,
When the Victory Bells ring out,
And when graduates stand tall,
Poised for greatness,
Stepping bravely and boldly forward
Like those who came before.

Our eyes are always on the horizon.
‍We are a bright tomorrow.
Where anything is possible.
Where we will always be a force for good.
We are the Red Raiders.
The Scarlet and Black.
The Double T.
The Matadors from the West Texas plains.
While we may pause to celebrate our history,
We also look forward to what lies ahead.
Because our ideas and values will weather
And our best is yet to come.

‍We are Texas Tech Red Raiders.
Our eyes are always on the horizon.