Over the past few years, the chatter about this East Dallas neighborhood has shifted from drink specials and drunken melees to gluten-free menus and grand openings. For my April 2014 column, I headed to the revamped stretch of Greenville Avenue to see the turnaround for myself.

Granada Theater // As cozy as a movie house (which it started out as in 1946), this art deco landmark has risen to the top of the heap of Dallas’s live-music venues. Its tiered terrace floor is filled to capacity more often than not with avid fans of (insert latest big-name acts here). And while the Granada has hosted Bob Dylan and Dolly Parton—and thrown native daughter Erykah Badu a birthday bash—it also regularly shines its spotlights on local musicians and isn’t above evenings devoted solely to eighties covers. 3524 Greenville Ave., 214-824-9933, @granadatheater

The Blind Butcher // The first and last thing you need to know about this small, dark, and handsome dinner spot, brought to you by the Goodfriend guys, is that it serves multiple variations of poutine, the Quebecois invention of crispy fries topped with cheese curds and gravy, including one that involves a duck egg and foie gras. Allow me to go on anyway: there are also snacks of pigs’ ears and pastrami egg rolls, a Big Meat charcuterie board, and a small smorgasbord of sausages hand-cranked daily. And the “green things”—broccolini in a truffle fondue, a salad of Spiceman’s greens—are more than an obligatory concession for any vegetarians who may accidentally wander in. 1919 Greenville Ave., 214-887-0000, @blindbutcherdal

Company Cafe // Given gustatory trends these days, we didn’t bat an eyelash when our waiter asked us how we take our toast—“Do you want the gluten?”—at this casual breakfast, lunch, and dinner restaurant. Healthier versions of comfort food rule the menu, so the gluten-averse can order, without fear, pancakes, biscuit sandwiches, chicken-fried steak with jalapeño-honey gravy, brownies, and even fish and chips. (A second location is along the Katy Trail.) 2104 Greenville Ave., 214-827-2233, @companycafedfw

HG Sply Co. // “After we hunt, we gather” is the presiding mantra at HG Sply Co., where you can fuel up with a caveman’s bounty of grass-fed meats and fresh veggies. Yes, the menu is inspired by the Paleo diet, and yes, there’s a sister gym, Social Mechanics, next door, but rest assured that you won’t feel as if you’re walking into a CrossFit convention. The space itself—exposed-brick walls, tables made from reclaimed wood, a white subway-tile bar—is a sleek showcase for the large open kitchen, and the rooftop patio, currently being expanded to nine thousand square feet, has proved an ideal setting for the neighborhood’s revitalized social scene. 2008 Greenville Ave., 469-334-0895, @hgsplyco

Mudsmith // This roomy coffee shop is a weirdly perfect mash-up of communal office and hippie hunting lodge, with Avoca coffee from Fort Worth, local beers on tap, kombucha mimosas, bearded fellows galore, and open-mike nights. It’s the type of place that gives a friendly middle finger to the plastic-y Big D stereotypes perpetuated on so many “reality” shows. 2114 Greenville Ave., 214-370-9535, @mudsmithcoffee

Truck Yard // A beer garden so laid-back it evokes the A-word (as in, “Austin-esque”), Truck Yard features a rotating cast of food trucks, three bars (one of which is up in a tree house), and a large, grassless patch strewed with lawn chairs and picnic tables and rusty pickups. (It’s no wonder that head honcho and chief decorator, Jason Boso, of Twisted Root Burger Co. fame has earned a reputation as a junkyard hawker’s dream client.) There’s also an indoor bar, a permanent kitchen that cranks out nothing but Philly cheesesteaks (it’s called Steak Me Home Tonight), and the Carnival Barker’s Ice Creams stand, which adds up to a stream of foot traffic day and night. As for the weekend crowds, let’s just say the earlier you get here, the better. 5624 Sears, 469-500-0139, @texastruckyard

Plus . . .
Melios Brothers Char Bar // The blue, peaked-roof diner has been serving three squares a day for four decades.

The Grape // Per the name, vino is the star here, and, per the opinion of certain professional eaters, the burger (served Sundays and Mondays only) is the state’s best.

Greenville Avenue Pizza Company // The go-to late-night spot for calzones, meatballs, and pizza by the slice.

Nora // This white-tablecloth restaurant is known for its traditional Afghan dishes and sleek rooftop terrace.

Single Wide // The little sister of Deep Ellum’s Double Wide is a paean to rednecks and good drinks.

Sundown at Granada // The Granada Theater’s adjacent restaurant has zipped to the forefront of the clean-eating movement with a menu that claims to be 70 percent organic and 99 percent GMO-free.

Dude, Sweet Chocolate // Dallas’s premiere chocolatier has slowly but surely expanded its four-location empire (the others are in Oak Cliff, Fort Worth, and Plano). Even regulars who come to restock their supplies of sweet staples like Crack-in-a-Box and the tequila-laced One Night Stand sauce know to make a beeline for the sample table in the back (with a giant arrow pointing to it, you won’t miss it), since new confections are concocted every season. 1925 Greenville Ave., 469-334-0125

Good Records // Billed as “an adventure in listening,” Good Records will take you for a joyride through its rows of fine vinyl (both new and used), which consistently outsell the CDs also for sale. Not sure what you should be looking for? Ask a staffer, who might guide you over to the wall of headphones, where you can listen to some forty or so albums they’ve singled out. As you’re perched on one of the barstools, look up at the marquee above the front door to see which acts (both local and national) will soon be playing on the same patch of Astroturf that’s underfoot. 1808 Greenville Ave., 214-752-4663, @goodrecords

The Green Grocer // At this “intimate neighborhood market,” lured here from Chicago, you can sip on freshly made juice as you load up on locally sourced organic produce, artisanal meats (ever tried lamb bacon?), and a whole bunch of made-in-Texas specialty products (Crazy Water from Mineral Wells, Michele’s Marshmallows, Dylan & Company soy candles) that you won’t find at the Trader Joe’s down the street. 3614 Greenville Ave., 214-643-6209, @greengrocerdal

Stash Design // Professional up-cyclers Gary Buckner and Kim Linder have been sprucing up shops and restaurants around town (Stampede 66, Oddfellows, Neighborhood) with their salvaged designs. Now that they have their first retail showroom, you can buy some of their signature rustic-industrial pieces—like reclaimed wood benches and minimalist wire light fixtures—for your own space. 1902 Greenville Ave., 469-867-8648

Transit Bicycle Company // In need of more floor space for its urban two-wheelers (mostly track and single-speed models) and full-service bike shop, this indie cyclery relocated here from the West Village. They’ve got custom rider kits (the spring 2014 design evokes Keith Haring’s squiggles), shiny Daft Punk–esque Lazer helmets, rolls of wildly patterned Cinelli bar tape, and all manner of gearhead accessories. For those of us who secretly wish our bikes still had training wheels, there are regularly scheduled $10 classes to school us on feats such as fixing a broken gear chain or using mechanical brakes. 1915 Greenville Ave., 214-219-2453, @transitbikes

Hotel Palomar // This 198-room Kimpton property hews closer in spirit and style to the posher SMU neighborhoods nearby, but it’s just around the corner from Lower Greenville’s main stretch. As befits a luxury hotel of the Palomar’s ilk, there’s a heated infinity pool (complete with cabanas and drink service), the full-service Exhale spa (yoga and Core Fusion classes are offered daily), and attentive service (the complimentary wine hour was just ending as I checked in, so they gave me a voucher for a free glass of vino in the restaurant). Local chef John Tesar, who has been stockpiling accolades at Spoon Bar & Kitchen (Texas Monthly food editor Patricia Sharpe proclaimed it the best new restaurant in the state) has announced that he’ll be opening Knife, a “modern American steakhouse,” sometime in the spring, replacing the Palomar’s current restaurant, Central 214. A night’s stay was steeper than I expected (I paid $370, including taxes and the $23 valet fee, for a double deluxe room), though I should have taken advantage of the Regional Resident Rate. 5300 E. Mockingbird Ln., 214-520-7969, @palomardallas

Read The Dallas Observer‘s “10 Ways to Convince People You Went to Lower Greenville Before Trader Joe’s.” 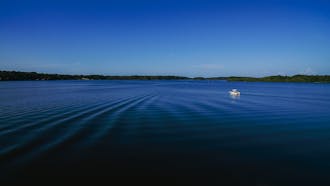 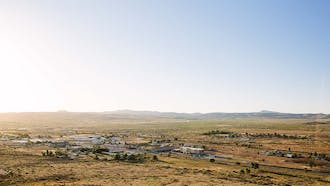 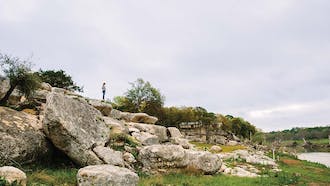 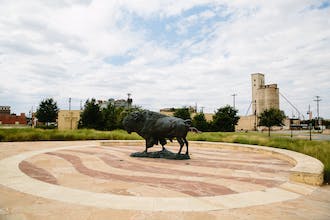 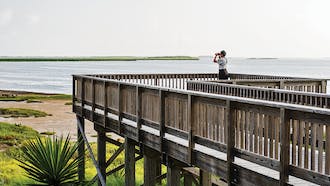