Just a half mile from Dealey Plaza, in downtown Dallas, a weekend of extravagant relaxation can be had within the confines of several city blocks. That sentence could never have been written in 1995, or even in 2012. The Joule, an opulent 160-room hotel situated in a neo-Gothic tower that formerly housed the Dallas National Bank, opened its doors in 2008 and completed a stunning $78 million renovation in late 2013. Today it’s at the center of a new, multi-use ecosystem that includes high-end boutiques, a subterranean spa, an upscale yoga studio, and a celebrated restaurant in the Main Street District. Read the rest of Sonia Smith’s account of her posh weekend in Dallas from the May 2014 issue. 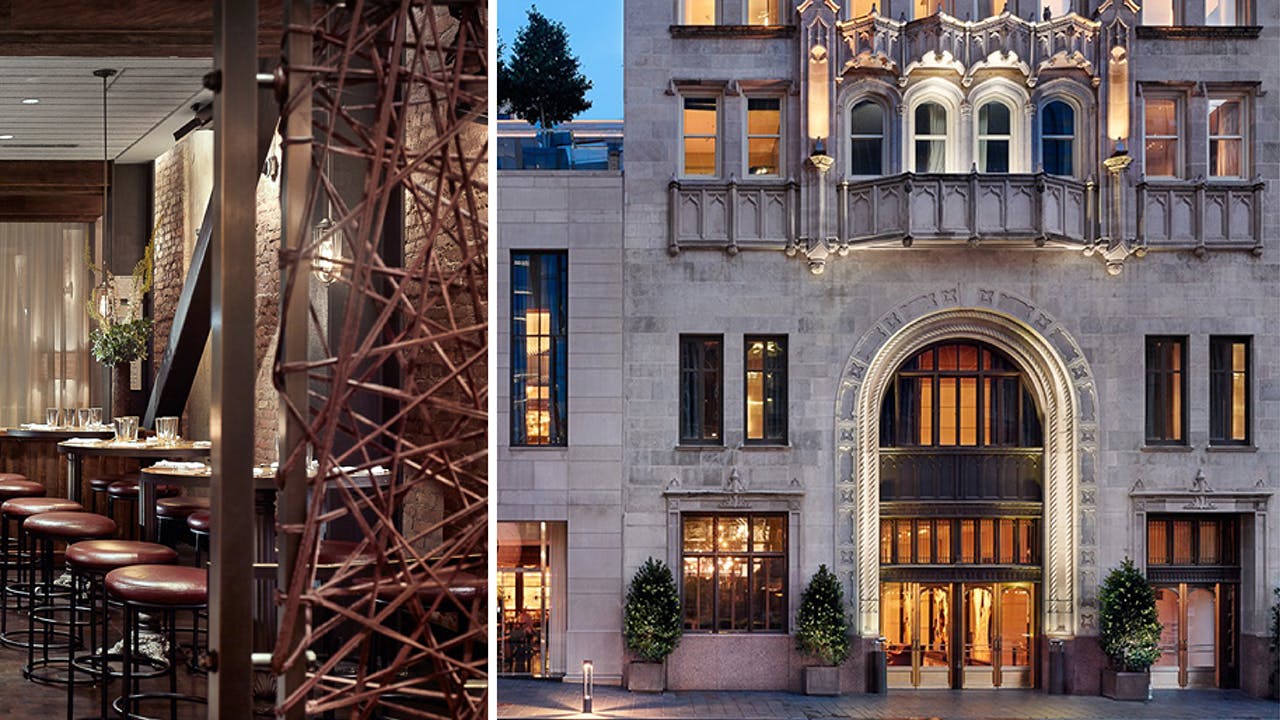 TENOVERSIX //The Dallas outpost of this LA retailer features high-end handbags by Wendy Nichol and delicate jewelry by Gabriela Artigas. For the more budget conscious there’s also a selection of clever housewares that would make the perfect quirky gift to bring home from your trip. 1511 Commerce (214-261-4535)

ESPA // The Joule’s 8,000-square-foot subterranean spa, which opened in October 2013, offers an array of high-end beauty treatments. Pro tip: show up an hour before your appointment and spend the time alternating between dips in the plunge pool and stints in the steam room and sauna. 1530 Main (214-748-130)

Neiman Marcus // The flagship location of Dallas’s most famous luxury retailer opened in 1914. Between admiring the selection of Prada Bags, dining at one of the two restaurants, and getting a blowout at Michael Flores Salon, there are plenty of ways to lose an entire afternoon here. 1618 Main (214-741-6911)

The Zodiac at Neiman Marcus // This Dallas institution, located on the sixth floor of the flagship Neiman Marcus, is the perfect place to duck away for lunch after a day of shopping. 1618 Main (214-741-6911)

The Joule // This five-star hotel in the twenties-era Dallas National Bank building in the heart of Dallas’s revitalized Main Street District, dazzles with high-end art and an array of luxuries like Taschen books and art by Andy Warhol and Adam Fuss. 1530 Main (214-748-1300)

Be sure to pack your favorite pair of Louboutins, pick up the latest issue of Monocle, and follow Trophy Club-based shoe blogger Jane Aldridge on Instagram at @seaofshoes‎.

A Summer Weekend in Dallas