Heed these words, traveler: eating four meals of red cheese enchiladas over a weekend is for those with a stout constitution, an adventurous spirit, and written permission from one’s cardiologist. It’s thankless duty, but oh, the glory to be had. Our destination was El Paso, home to approximately one zillion Mexican joints, a graced land where enchiladas don’t, as a rule, involve ground beef or orange cheese. El Paso not only has lots of Mexican food, it has lots of good Mexican food, to an extent unrivaled in Texas. Read the rest of Sterry Butcher’s account of chasing red enchiladas in El Paso from the May 2014 issue. 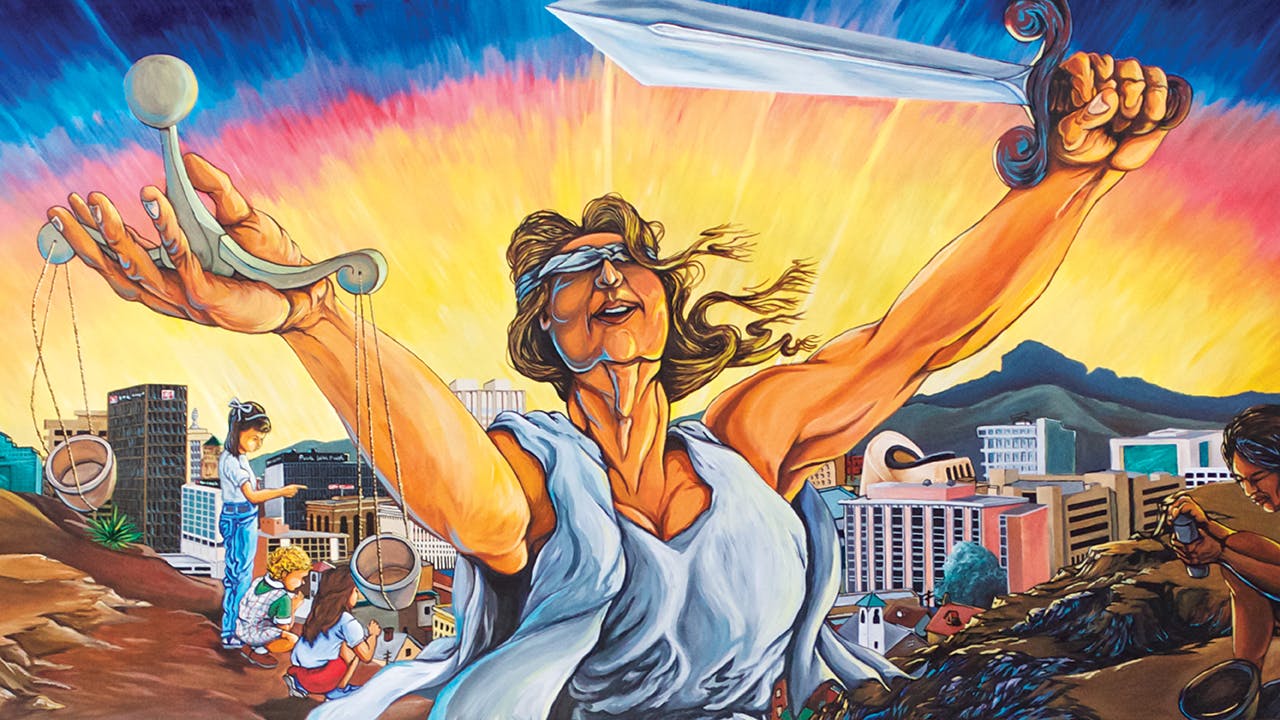 Murals of El Segundo Barrio // In a niche between downtown and the Rio Grande, El Paso’s Segundo Barrio neighborhood is smattered with excellent, large-scale murals depicting the cultural and political histories of the resident migrant workers, immigrants, and families. Pick a sunny Saturday morning to stroll the streets and see the neighborhood at its liveliest. Throughout the neighborhood hemmed in by South Cotton Street to the north and South Stanton Street to the south.

Hueco Tanks State Park // A Mecca for climbing enthusiasts, Hueco Tanks, which is 32 miles northeast of downtown, also offers tours of the park’s incredible array of Native American pictographs (Think jaguars, deer, shamans and horses). A must-see for every Texan. Visitors should come prepared for some scrambling; this isn’t a paved-walk sort of afternoon. Tours are by reservation only and visitation to the park is limited; call ahead to make arrangements. Entrance: $7 for adults; children under 12 are free. Free with state parks pass; some programming may require a small additional fee. 6900 Hueco Tanks Rd No. 1 (915-857-1135)

El Paso Museum of Archaeology // Gander at dioramas of mastodon-hunters and marvel at pottery and artifacts made by the Native American tribes who lived, farmed, and traveled through the El Paso area for thousands of years. Free admission. 4301 Transmountain Rd (915-755-4332) 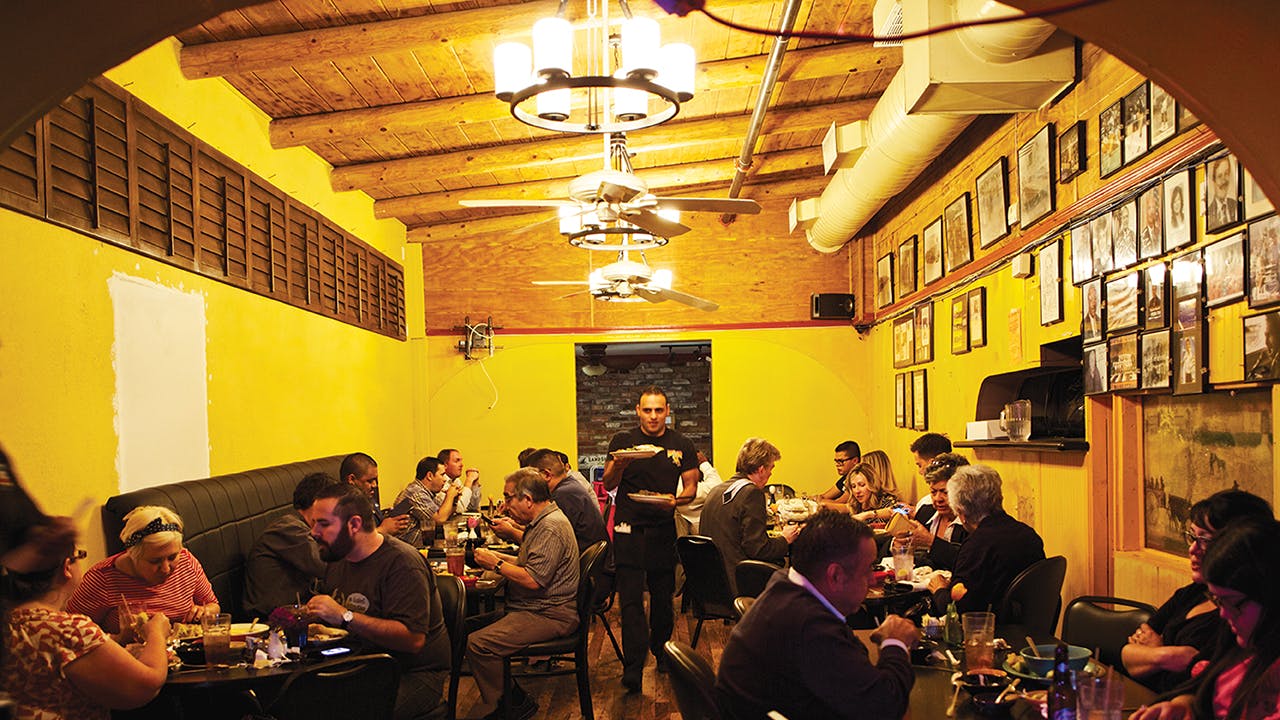 L & J Café // Enchiladas are a stand-out at this friendly and often crowded restaurant with fast and pleasant service. But the tortilla soup and chiles rellenos are excellent too. 3622 E. Missouri Ave (915-566-8418)

H & H Car Wash // Get your slick ride hand-washed by the crew outside while you tuck into the very good Mexican food and standard coffee shop fare at this tiny joint which only serves breakfast and lunch. Arrive early to nab a seat. 701 E. Yandell Dr (915-533-1144)

The Tap // The Tap is a seedy bar on a decidedly sketchy block of downtown El Paso. It’s also got pretty good nachos and Mexican food (just avoid the shrimp cocktail). While it’s a dive, this friendly place with patrons of all stripes is worth a walk on the wild side. 408 E. San Antonio Ave (915-532-1848)

Bowie Bakery // After you work up a sweet tooth looking at Segundo Barrio’s murals, stop at this El Paso landmark for outstanding empanadas or pan dulce. If you don’t know Spanish, simply point to what you want, or make it easy on yourself and take one of everything. 901 S. Park (915-544-3330)

Get a grip on the city’s political and cultural goings on at newspapertree.com, a hometown online all-around news site. Also type “El Paso Chihuahuas” in the search at milb.com to see if the Chihuahuas are in town for a rip-roaring Triple A baseball game. And be sure to pack El Paso writer Benjamin Alire Saenz’s Everything Begins and Ends at the Kentucky Club, a moving short story collection about El Paso and Juarez that earned the 2013 PEN/Faulkner Award for Fiction.

A Summer Weekend in El Paso