On a 1988 live recording of “The Front Porch Song,” a tune he wrote with Lyle Lovett when they were students at Texas A&M in the late seventies, Robert Earl Keen pauses midway to describe the song’s inspiration. “We used to sit on this old porch on Church Street, right across from the Presbyterian church, and play bluegrass and folk music, and talk about girls and where we were going to move to when our parents got our grades,” he says. “Talk about someday becoming big songwriters.”

Though the house Keen lived in was long ago torn down to make way for a parking lot, the image of that youthful friendship looms large in Texas music mythology. Even so, short of a handful of benefits, festival gigs, and award shows, the pair have rarely shared the same stage. In February, after decades of fan requests, they paired up for a short run of acoustic shows in which they traded stories and songs onstage. The tour’s second leg will hit El Paso, Midland, and Corpus Christi this week.

From Lovett’s home in Klein and Keen’s in Kerrville, the two men spoke to us on the phone about their friendship, songwriting and the tour.

Robert Earl Keen: At the Church Street house, I had this group of ne’er-do-well friends that came over and routinely trashed the place. It was fun, but it was sometimes really frustrating. Lyle was my first friend in college who had truly similar interests. It wasn’t just music, it was our outlook on life. We’ve always been able to laugh together about the oddball nature of people. But when we met, Lyle was a lot more advanced in making music a career than I was. I didn’t want to hang around with the old men playing fiddle tunes till I was 70. I wanted to write and play music I wrote. Lyle was already doing that. What was fortunate for both of us was that we just got along. I’d hang with Lyle at 9am and the next thing you know it was midnight. We’d just talk. A lot.

Lyle Lovett: It occurred to me early on that when I’m talking to Robert I think of things I wouldn’t have thought of talking to anyone else. He brings something out of me nobody else does.

REK: It’s like in the movie Lincoln, when he says, “What a joy to be comprehended.” That’s always been us.

TM: Despite all this commonality—time, place, influences—you wound up very different songwriters, right?

REK: Lyle has an incredible perspective on people and is able to insert himself inside that and give you what a narrator does in Shakespeare: ‘This is what we’ve seen and this is what we can expect to see.’ And you always feel connected to that character because that’s where Lyle is anchored in most of his songs. I kind of float around and think, ‘I could write a song about these rocks by my feet.’ It might not have a perspective, but I enjoy the puzzle of trying to explore those rocks. I don’t feel as brave as Lyle does about stepping out there and saying this is what I saw and this is how I feel about that situation.

LL: I, likewise, admire Robert’s ability to be objective from a detached point of view. His imagery and descriptive powers are fantastic- you get a real, concrete sense of what he’s talking about. I listen to a song of Robert’s that does that and think, ‘That’s great writing. I wish I could do that.’

TM: The kind of show you’re doing together hinges on chemistry, where the banter between songs is as much the heart of the show as the songs themselves. It must be reassuring to go into this with the amount of history you share.

LL: If we’re standing backstage before the show talking, we just walk out onstage and keep talking. That’s about as showbiz as it gets.

REK: It’s definitely a window into our friendship. As far as the entertainment, I’d like to think we really back it up with some outstanding songs. Take [the NPR show] Car Talk—those guys banter, but when it comes down to ‘What do I do with this car?’, they know exactly what they’re doing. We do too, with the songs.

TM: The porch on Church Street—and the mythology that’s been built around it over the years—now seems even more like a central point of both your legacies.

REK: I suppose the porch does have a meaning of its own now. It’s our Walden Pond—it takes you back to a simpler place, to where you can just hang out and be yourself around friends.

LL: The fact that Robert and I have gotten to make our livings playing music and doing something that we love to do, that we talked about and dreamed about doing back on that porch, is an extraordinary privilege. The fact that we’re friends to this day and feel the same spark from each other suggests it was real from the beginning. Our careers have been a wonderful validation of that time. 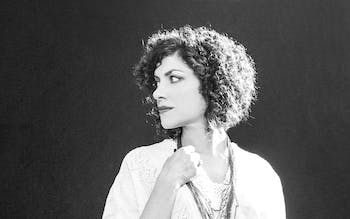 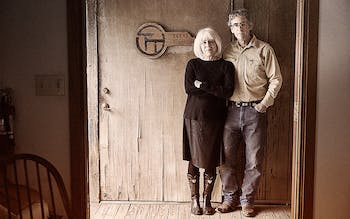 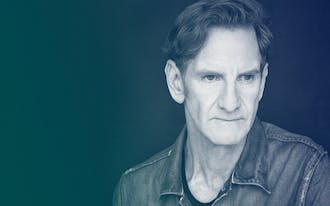