In August, Austin’s venerable SXSW Music and Media Conference lost one of its principal architects, Brent Grulke, who died of a heart attack following oral surgery. Perhaps more than any other individual, Grulke, the conference’s creative director, helped turn SXSW into a globally recognized event. As staffers prepared for this year’s music festival, which begins March 12, we talked with co-founder and managing director Roland Swenson about the loss of his friend and colleague for the Lookout column of the magazine’s March issue. A longer version of the interview appears below. We spoke to Swenson by phone while he was attending the MIDEM music conference in Cannes, France, an event he had often attended with Grulke.

Jeff Salamon: Brent was the creative director of SXSW Music. What were the official responsibilities of that title and what did he do, unofficially, on top of that?

Roland Swenson: His primary task was overseeing the music festival. And that includes trawling through the applications that are submitted—you know, we have like eight or nine thousand this year. It includes outreach to labels and agencies and managers who have talent that we want to see at SXSW, and then deciding where these shows should happen, at which nightclubs. And then, beyond that, he had a general consulting task on everything from the art we use to the promotions we might choose to run and everything that had to do with our look and advertising and things like that.

JS: What was the most distinctive skill that Brent brought to his job?

RS: He had encyclopedic knowledge of all kinds of music. He would know who an act was—who they were and what they meant, whether it was important for us. And he knew enough to trust other people’s taste and knowledge in music, and that was a big part of how the festival evolved over the years, which is the team that he recruited to work on the festival.

JS: So Brent passes away in August. Where were you in the process of organizing this year’s festival when that happened?

RS: We had just launched the new season, which we start in August—putting up our new website and our new application process, and starting to receive submission from acts. Brent had started the travel that he did—I guess I forgot to mention that was among his tasks; he traveled all over the world to different music festivals and conferences and events and scouted talent and met people and spread the word. He was an evangelist, I suppose, for SXSW.

JS: Besides the fact that you were obviously personally devastated by Brent’s passing, how panicked were you about the prospect of putting together this year’s festival without him?

RS: One of the great things about Brent was that he was not afraid to delegate and give people a lot of responsibility and trust them to perform. So over the years he had developed a team of people that really knew what they were doing. And he was secure enough to let people do what they knew how to do; he was not a micromanager. So I knew that people knew what to do. The thing that worried me was not having access to his hefty intellect. Every day something comes across my desk that I would’ve asked Brent about or asked him to handle. He was my friend. He was my co-conspirator. He and I almost always saw things the same way, which was reassuring and saved a lot of time. We didn’t have to explain things to each other.

JS: How quickly did you start doing things to deal with his absence?

RS: SXSW doesn’t stop for anything, you know? I didn’t want to immediately sit down and go, “Okay, well, here’s his successor,” because a guy like Brent, you just can’t replace. Not just because of his personality and his skills and knowledge but also because of his history with the event. He’d been in charge of the festival for seventeen years, eighteen years, and he knew the history, knew the people, knew the players, knew why we do things the way we do, and that was a big loss, to lose someone with that perspective. So I thought about it for a while, and I always say that we don’t replace anyone, we just have to restructure. And that was the approach that we took. We divided up his tasks among a bunch of different people.

JS: So no one has taken the title of creative director?

RS: No. I think we’ll probably retire that jersey.

JS: Has it been any different without him?

RS: Yeah sure, every day is different. I’m confident that we’ll have a successful festival, and the talent is going to be strong. But it’s less fun for me.

JS: Just because you miss Brent?

JS: You guys suffered some other losses in the past year. Could you quickly tell me about those?

RS: It’s been a crazy tough year. We lost four young men. Three of them were guys that had been with us for a long time who didn’t work full time for the organization—they would come on seasonally and do very specific tasks. The first one was a guy named Tope Ruiz, who was a young guy in his early thirties. He was part of our street team, which we call the Special Venues crew, and they’re the people that work outside on the sidewalks helping people know which line they’re supposed to stand in, and kind of know what the status of the show is, and help keep everybody calm. And Tope was just a fixture that everybody knew and everybody trusted and we could always go to him when there was a problem, and he was very proactive and even-tempered, and he died very recently of an infection to his heart. It damaged his aorta, and he went to the hospital one day and died the next day. That was a real stunner. Before that was Biff Parker, who had been on the staff off and on for twenty years, and had moved to Butler, Pennsylvania, but would come down and work at SXSW every year as our municipal liaison, which involved dealing with all the businesses on Sixth Street mostly, and the street closure that goes on. He was a really great guy and he died suddenly of some . . . they never really were sure why he died. But it was heart-related. And then Richard Dorsett, who had worked with us off and on for twenty years, was one of Brent’s closest friends, passed away from an aortic aneurysm a couple months after Brent died. So we’re feeling the pain. [In the fall, SXSW also lost Brenda Hutchison, a former longtime staffer, after a years-long battle with cancer.]

JS: Has this been the toughest year since the early days?

JS: Thanks for talking, Roland. I hope I didn’t bring you down during your time abroad.

RS: It’s alright. I mean, this whole week, seeing all these people from around the world who knew Brent, who had been out late at night with him in cities around the world, hearing music, and drinking and eating and doing all those things that Brent loved to do—I think for a lot of them, this is the first time they’ve been with other people who were Brent’s friends since he died. So it’s sort of like a second week of funeral for me.

JS: Sorry to hear that.

RS: You know, it’s good to be with these people. We have a party every year here in an Irish pub, and we all stopped the party and had a toast to Brent. There wasn’t a dry eye in the house. 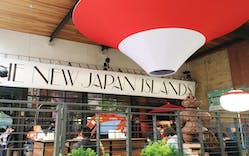 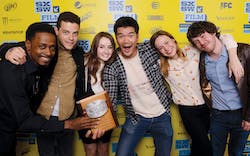 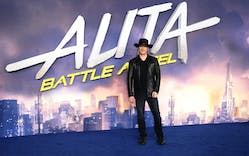 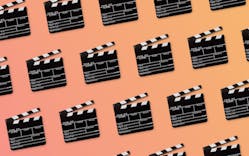 SXSW Film Will Feature Many Movies Directed by Women This Year