Johnny and Edgar Winter, the Beaumont-raised blues legends, think there’s nothing comical about the comic book series Jonah Hex: Riders of the Worm and Such, and they’ve filed suit in Los Angeles against the series’s publisher, DC Comics. At issue are two characters in the series, Johnny and Edgar Autumn, described in the lawsuit as “half-human and half-worm” brothers who “engage in wanton acts of violence, murder, and bestiality.” The Winters are suing for defamation, emotional distress, and misappropriation of name and likeness (for one thing, both they and the Autumns have albino features). They want all profits earned by the series and punitive damages, and they want copies of three offending installments “delivered to them or destroyed.” DC Comics and Nacogdoches writer Joe R. Lansdale, one of Jonah Hex’s co-authors, won’t comment on the suit. Neither will the brothers, but suffice it to say: Now is the discontent of our Winters.

Of all the ambitious auteurs who might direct the big-screen version of Anything for Billy, Larry McMurtry’s fictionalized account of the life of Billy the Kid, a few spring to mind: Quentin Tarantino (Harvey Keitel as Pat Garrett) or maybe Tim Robbins (Sean Penn as Billy). But Terry Gilliam, the manic creator of the futuristic flicks Brazil and 12 Monkeys? Gilliam’s publicist says talks are under way between McMurtry and the onetime member of the British comedy troupe Monty Python. “He’s a big fan of Larry’s and a big fan of westerns,” says the publicist, who notes that Gilliam is currently working on another project—so it would be a while before he did anything for Billy.

CEO Jay Wilbur of Mesquite’s id Software can’t tell you what the plot of his company’s new game Quake will be, since it hasn’t been developed yet—but he promises the sound effects will be rockin’. Trent Reznor of the band nine inch nails, Wilbur’s fellow lowercase-name aficionado, spent the early part of 1996 recording effects for the game, which will be out this year. The collaboration came about when Quake’s creators, who are pals of Reznor’s, told him about the game, and he agreed to contribute. “They knew he’d do a butt-kicking job,” Wilbur says. Wasn’t it difficult to create effects without knowing the story line? “When you shoot somebody,” Wilbur deadpans, “they scream.”

When the chips are down, Texas junk-food moguls play hardball. Consider what happened recently when Mariah Carey’s concert rider was published, revealing that the pop diva’s favorite backstage goodies include Austin-based Guiltless Gourmet’s baked tortilla chips and Tostitos fat-free mild salsa from Frito-Lay of Plano. The Guiltless Gourmet folks immediately sprang into action, sending Carey a crate of chips—and also some of their salsas and dips, in the hope that she’ll switch brands. “We want her to have more options,” company spokeswoman Nell Newton says with a laugh. No problem, replies Carey’s publicist: “A gift is a gift. She’ll nosh on all of it.” 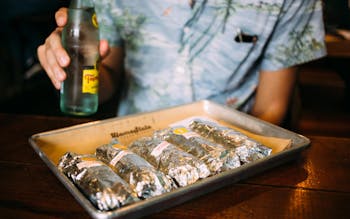 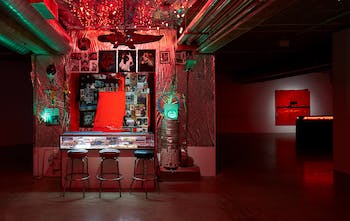 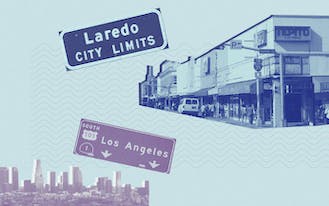 A Few Other Ways Laredo Is Better Than Los Angeles 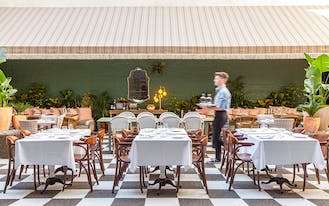