Last May, the U.S. Supreme Court struck down the 1992 law that prohibited sports gambling in most states (Nevada enjoyed an exception). When that happened, the floodgates for legalized sports betting across the country opened up—Delaware, New Jersey, Mississippi, West Virginia, Pennsylvania, and Rhode Island became the first to allow gambling on the outcome of a game, but they’re not going to be the last.

Texas-based documentary filmmaker and UT graduate Bradley Jackson, who produced the surprise hit Dealt, about a blind San Antonio card shark, spent much of the past six months immersed in the world of sports gambling for his follow-up to that project. Reteaming with Dealt director Luke Korem and fellow producer Russell Wayne Groves (as well as showrunner David Check), Jackson produced the four-part Showtime documentary series Action, which tracked the winners and losers of the 2018-19 NFL season—not the ones on the field, but the ones in the casino, wagering a small fortune on the outcome of the games being played. Texas Monthly caught up with Jackson in advance of the series’ final episode to talk about sports betting, daily fantasy, and what the odds are that Texas allows fans to place a bet on game day in the next few years.

Texas Monthly: What did you learn from this project?

Bradley Jackson: Just how big of a business this is. I mean, you see the numbers and they are just astronomical. In the opening sentence of the show, when we’re showing all these people betting on the Super Bowl, that just on the Super Bowl alone, I think it’s like six billion dollars. But then the caveat to that stat is that only 3 percent of that is legal wagering. That means 97 percent of all action wagered on the Super Bowl is illegal. That number from Super Bowl weekend was one of the first stats that I saw when we were getting into this project, and it blew my mind. And then you look at the actual numbers of how much is actually bet in America, and it’s billions and billions of dollars—and so much of that is illegal wagering. So it seems like it’s one of those things everybody is doing, but nobody really talks about.

Texas Monthly: Did working on this project inspire you to place any bets?

Bradley Jackson: Yeah. I had never done it, and now that I’ve spent six months embedded in this world, I’ve made a couple—low-stakes stuff, just to get that feeling of what it’s like. And it’s fun, especially when you’re wagering a sensible amount—but the emotions are still there. I’m a very emotional person, so when I lost my fifty-dollar UT vs. OU bet, I genuinely felt awful for about an hour. Because of course I bet on UT, so when OU won, it hurt not just because my team lost—it hurt even more that I lost fifty dollars.

Texas Monthly: Do you have a sense of when placing a bet like that in Texas might be legal?

Bradley Jackson: We live in a state that is obsessed with sports—football especially. And nothing draws people’s attention more than betting on football, especially the NFL. I think eventually Texas will do some sort of sports gambling. I don’t know how long it’s going to take. I think they’ll do it in mobile, because I don’t think we will see casinos in Texas, ever. I’ve been hearing that maybe Buffalo Wild Wings is going to do some sort of pseudo sports betting stuff, so you could go to Buffalo Wild Wings and get on your phone and place a fifty-dollar wager on the Astros, and I think that will be legal one day. Probably sometime in the next five years.

Texas Monthly: With this industry being huge, illegal, and thus largely untaxed, to what extent do you think gambling as a source of untapped revenue for the state plays into things?

Bradley Jackson: That will play hugely into it. From a monetary point of view, it’s huge. Adam Silver, the commissioner of the NBA, was kind of on the forefront of that. He wrote an editorial for the New York Times about four years ago where he said we need to take sports betting out of the shadows and bring it into the light. And that way you can tax it, which is obviously good for the states, but then you can also make sure it’s done above board. Once the Texas legislature sniff really how much money can be taxed, it’s a no-brainer.

Texas Monthly: The illegal bookie that you talk to in the documentary says that legalization doesn’t impact his business. What was that like for you to learn?

Bradley Jackson: It blew me away. When we were sketching out the characters we wanted to try and identify to put in the show, an illegal bookie was definitely at the top of our list. Our assumption was that this is going to hurt them. We thought we were going to find some New Jersey illegal bookie whose bottom line was going to be really hurt by all this. When we met this guy, it was the exact opposite. He was just like, “I’m not sweating at all.” It really shocked me. He did say that he thinks that if every state eventually goes, if this becomes 100 percent legal in every state, then he think that he might be impacted. But he operates out of the Tri-State area, and right now it’s only legal in New Jersey, and only in four or five spots. He breaks it down really well at the end of our first episode, where he just says, “It’s convenient and it’s credit—the two C’s will never go away.” With an illegal bookie, you can lose fifty thousand dollars on credit, and that can really negatively impact your life. Whereas you can still hurt yourself betting legally, but you can’t bet on credit through legal channels. If casinos start letting you bet on credit, then I think his bottom line could get hurt. The more it’s part of the national conversation, the more money he makes, because people are like, “Oh, it’s legal, right?”

Texas Monthly: Is daily fantasy one of the gateways to sports betting? It seems like it’s just a slight variation on traditional gambling.

Bradley Jackson: In Episode 3, we follow one of the top five daily fantasy players in America. He’s a 26-year-old kid. He makes millions of dollars doing that. He told us that the most he’s ever made was $1.5 million in one week. One of our hypotheses for the show was that the pervasiveness of daily fantasy was a gateway into the leagues allowing legalized gambling to actually happen. For years, you saw the NFL say that sports gambling is the worst thing ever and they would never allow it. And then about four years ago daily fantasy like DraftKings and FanDuel started, and they bought, I think, 30,000 ad spots across the NFL Sunday platform. When you were watching the NFL, every other commercial was DraftKings or FanDuel. And a lot of people were like, “Wait a minute, you guys say that you think sports gambling is the worst thing ever. How is this not gambling?” It is gambling. We actually interview the CEO of DraftKings, and two of the high-up people at FanDuel, and I think it’s B.S., but they say daily fantasy is not gambling, it’s a game of skill. But I don’t think that’s true.

Texas Monthly: The way people who make money do it tends to involve running huge numbers of teams to beat the odds, rather than picking the guys they think have the best matchups this week.

Bradley Jackson: Right. We filmed our daily fantasy player over a weekend of making his bets, and he doesn’t do well that weekend. And he talked about how what he’s doing is a lot of skill, but every week there are two or three plays that are completely random, and they either make his week or ruin his week, and that is 100 percent luck. That is an element of gambling, because you’re putting something of monetary value up with an unknown outcome, and you have no control over how that is awarded. We watch him literally lose sixty thousand dollars on a three-yard run by Ezekiel Elliott. It’s the Cowboys-Eagles, and he says, “All I need is for the Cowboys to do well, but without Ezekiel Elliott making any gains, and then you see Zeke get, like, a four-yard pass and he’s like, “If one more of those happens, then I’m screwed.” And then there’s this little two-yard pass away from Prescott to Elliott and he goes, “Well, I just lost sixty thousand dollars right there.” And you watch $60,000 jump out of an account. There’s no way that’s not gambling.

Texas Monthly: Ken Paxton has argued that daily fantasy is illegal in Texas. Are there cultural factors in the state that might make this more difficult to pass, or is something like that just a way of staking a claim to the money involved?

Bradley Jackson: It might just be the pessimist in me, but think at the end of the day, a lot of it just comes down to money. An interesting case study is what happened in Nevada. In Nevada they made daily fantasy illegal, which is crazy, because gambling is legal in Nevada. But they made it illegal because the daily fantasy leagues wouldn’t pay the gaming tax. So it was like a reverse position, where Nevada said, “Hey, this is gambling, so pay the gambling taxes,” and DraftKings and FanDuel were like, “It’s not gambling.” And so they didn’t come to Nevada. I don’t think Texas will necessarily do it right off the bat, but I think it in a couple years, when they see how much money there is to be made, and that there are smart ways to go about it, it’ll happen. 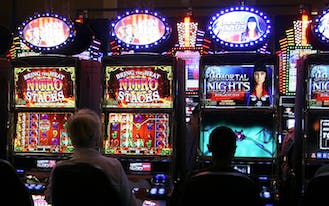 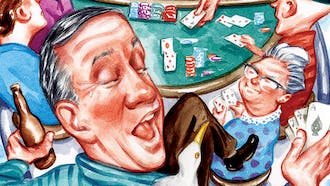 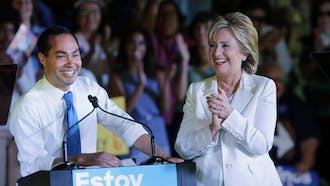 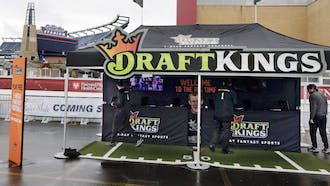