Beyoncé Knowles-Carter is a black woman from Houston, Texas. She wants her audience to recognize that first and foremost, especially when she’s in predominantly white spaces. The singer increasingly chooses to display her connection with her blackness, her childhood in Houston, and her family’s Southern history—all of which was on full display during her stunning two-hour set at the annual Coachella music festival Saturday night. It’s inspiring for me to watch, not just as a Beyoncé fan, but also as a black woman who grew up in Texas.

Before a live audience of thousands in Indio, California and many more through the massive festival’s livestream, Beyoncé managed more than 150 performers on stage, performed a mix of old and new choreography, brought out husband Jay Z for “Deja Vu,” reminded us of the perfect harmonies of Destiny’s Child, and danced through “Get Me Bodied” with her sister, Solange. As I watched what could only be considered Beychella on my laptop, I continually texted two close friends in all caps. We couldn’t believe everything Queen Bey packed into the performance. We couldn’t believe every seamless transition and every beautiful arrangement. We couldn’t believe that she had a short dance interlude to Nina Simone’s “Lilac Wine” and that she followed her own song “Freedom” with “Lift Every Voice and Sing”—often regarded as the black national anthem. We couldn’t believe that she was swag surfin’, or that she called her faux-fraternity pledges “bugaboos,” or that she created a Greek stroll to the best line in “Sorry,” or that her marching band played a sample of Fela Kuti’s “Zombie.” Most of all, we couldn’t believe how unapologetically black it was.

Beyoncé’s public embrace of her black cultural inheritance arguably began with her performance at the Super Bowl in 2016 alongside Coldplay and Bruno Mars. The day before, the music video for her song “Formation” was released, in which Beyoncé explores New Orleans bounce culture, sinks a police car, and shows a young black boy dancing in front of armed police officers who then put their hands up. At the Super Bowl, her performers wore black leather outfits, had afros tucked into black berets, and thrust up their fists as Beyoncé sang about being a “Texas bamma” and loving her “negro nose with Jackson Five nostrils.” It was a performance in obvious support of the Black Lives Matters movement, which prompted some people to boycott Beyoncé.

If Saturday night’s Coachella performance was less boycott-inspiring, that’s only because her reference points went over many people’s heads. There was less of the recognizable imagery of the Black Panthers and more of the experience of historically black colleges or universities. Beyoncé opened the show strutting onto the stage holding a drum major’s baton and wearing a glittery cape emblazoned with an image of Nefertiti and “BΔK,” the Greek letters Beta Delta Kappa. On the stage, a marching band waited for her on a bleacher-like metal structure in the shape of a pyramid. Members of her drum line included alumni from several HBCUs, her dancers were dressed as a drill team, and her band was decked out in yellow sweaters with the same Greek letters. Before she’d even uttered a word, she was paying homage to both the marching band culture of HBCUs and the Divine Nine, the black sororities and fraternities that were created for black students beginning in the 1930s. (On Monday, Beyoncé extended her support of the colleges beyond on-stage references by announcing a scholarship program for students attending four HBCUs—now if only we could enroll at HBeyCU.)

An hour after the livestream ended, my friends and I were still awake and buzzing from the experience, energized and grateful for witnessing so much of ourselves on a stage that has a poor record of embracing women like us. As she pointed out on Saturday night, Beyoncé is the first black woman to headline Coachella in the festival’s nineteen years, and she paid homage to the artists who paved the way. As three black women from Texas who’d just seen so much of our culture celebrated on stage, we thanked her for continuing to show a path forward. Like Solange, who continues to bring her art into predominantly white spaces, Beyoncé took over the Coachella stage and created a show for us. It was a risk—one that her mother, Tina Lawson, fretted about leading up to the performance—but it paid off. Her triumphant performance was a reminder that Beyoncé has reached such acclaim not in spite of the fact that she’s a black, Southern woman, but because she’s a black, Southern woman. 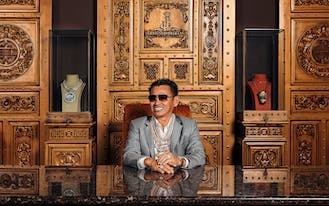 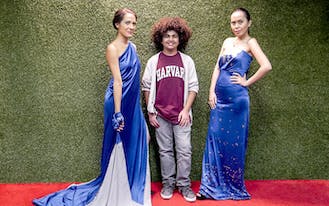