We collect them, we hunt with them, we make them, and we pass them on to our kids. As these Texans will tell you, there’s nothing quite like our relationship with guns. 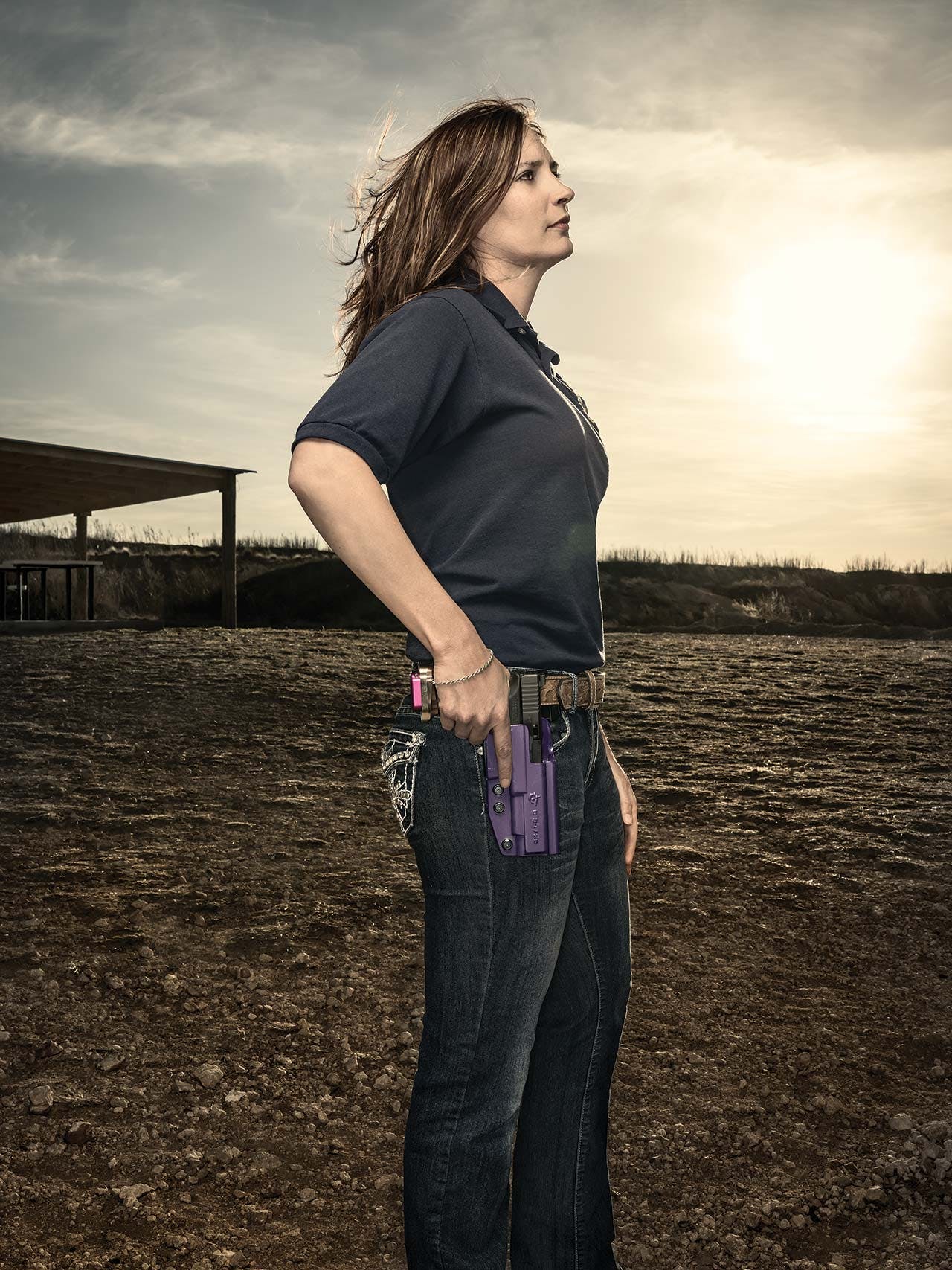 Photographed with a 9 mm Glock 17

“Joining the A Girl & A Gun club was a life-changer. When I go out shooting, I forget my worries, and it relieves all the stresses of daily life. It’s become my passion, not just a hobby.” 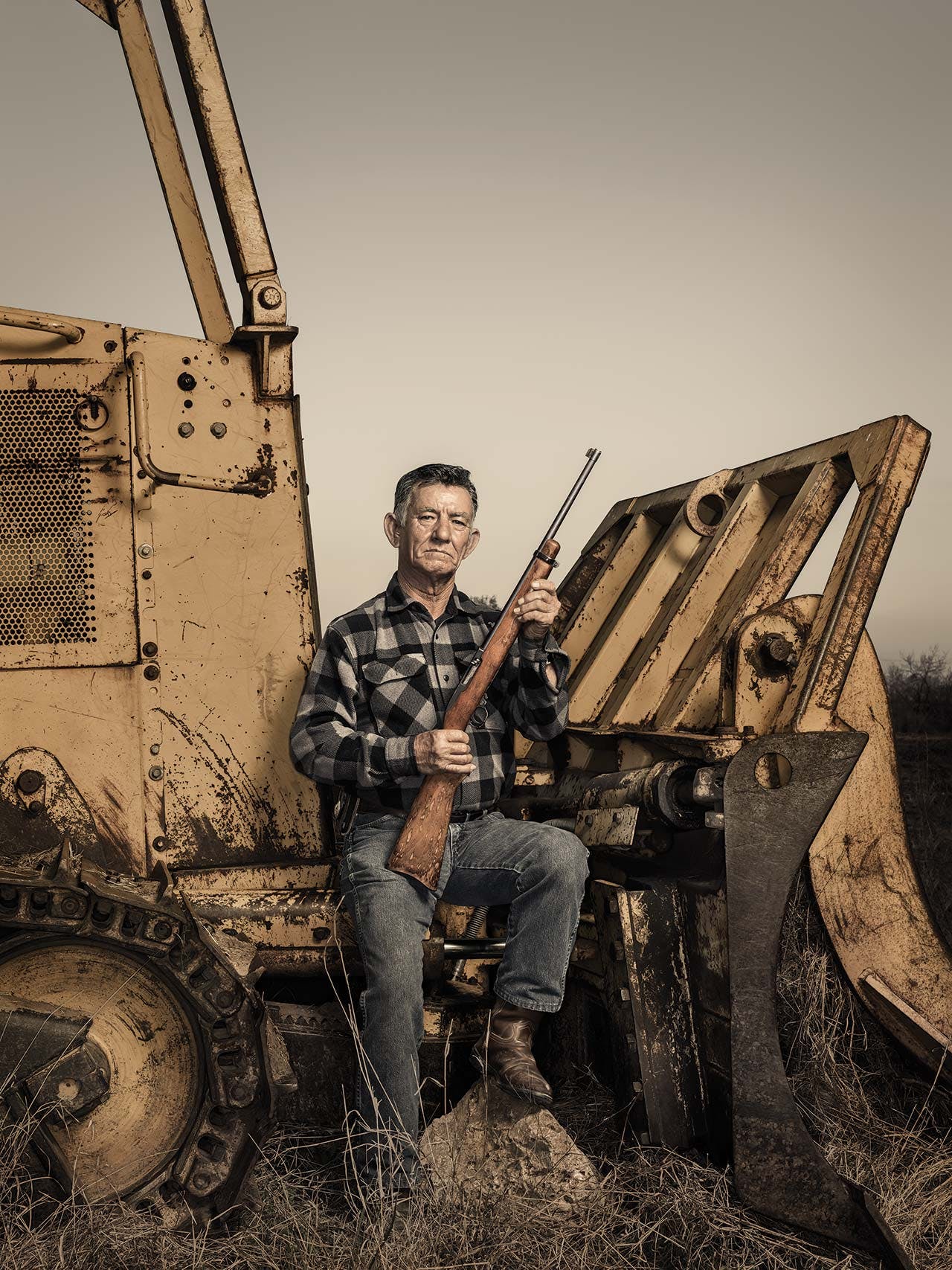 Photographed with a .22-caliber rifle

“I have been working on ranches my whole life. I used to cross the river every morning to go to work at the Tovar Ranch and would walk back into Mexico each night. When I was twenty, I got bit by a rattlesnake and almost died. I lost all my teeth and all my hair. Ever since that day, I always carry this .22 with me when working in the bushes. You never know if you will run into a coyote, a skunk, or another snake.” 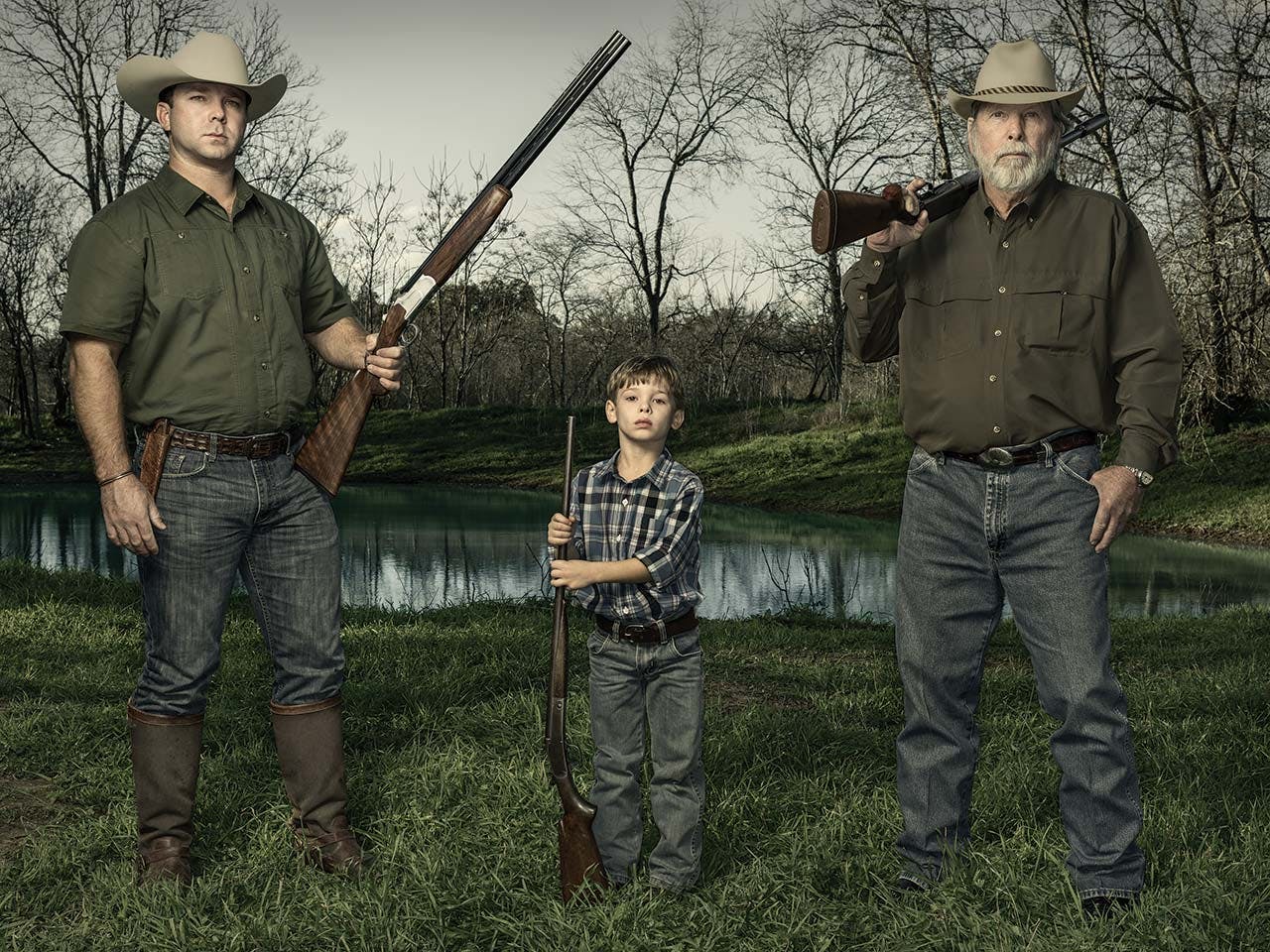 Charles: “Many guns have passed through our home over my lifetime, but only one has a permanent spot in the gun safe: my grandfather Robert Conrad Ammann Jr.’s  Model 20 .410 Winchester. My grandfather, father, and I all shot our first dove, rabbit, raccoon, you name it, with that .410. Soon my son Conrad will have the privilege of shooting it and harvesting his first game animal with the same gun. As a kid, I never saw it as a rite of passage but more of a way of life. It was bigger than just shooting a gun; it gave me the feeling that I could provide for myself if I needed to.” 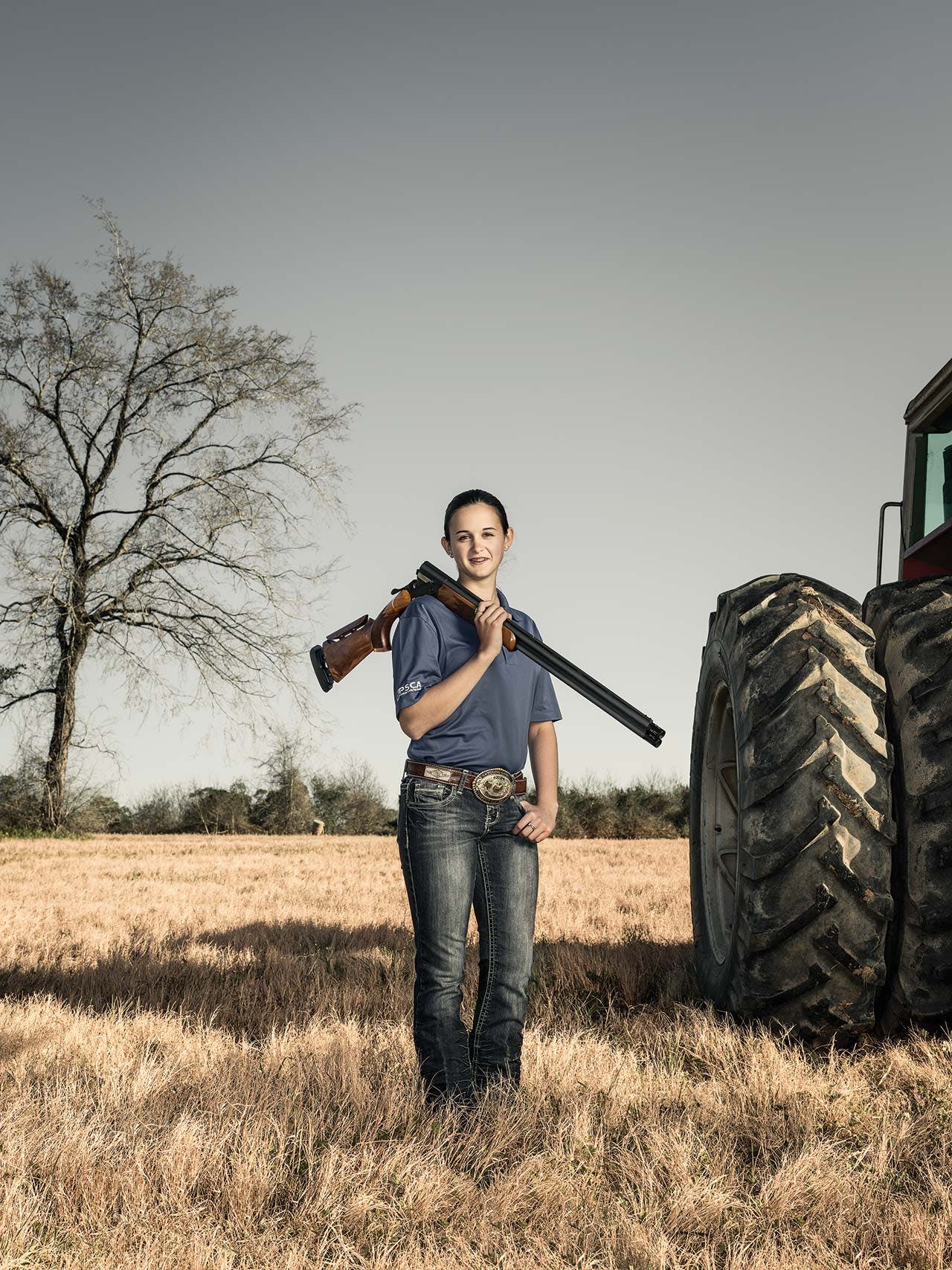 “I started shooting skeet when I was eight, and I loved it right away. There is nothing like the thrill of not knowing what’s coming next. I want to do this for the rest of my life. I just won the junior Professional Sporting Clays Association Shootout in San Antonio, and it felt amazing, like nothing can stop you if you work hard enough.” 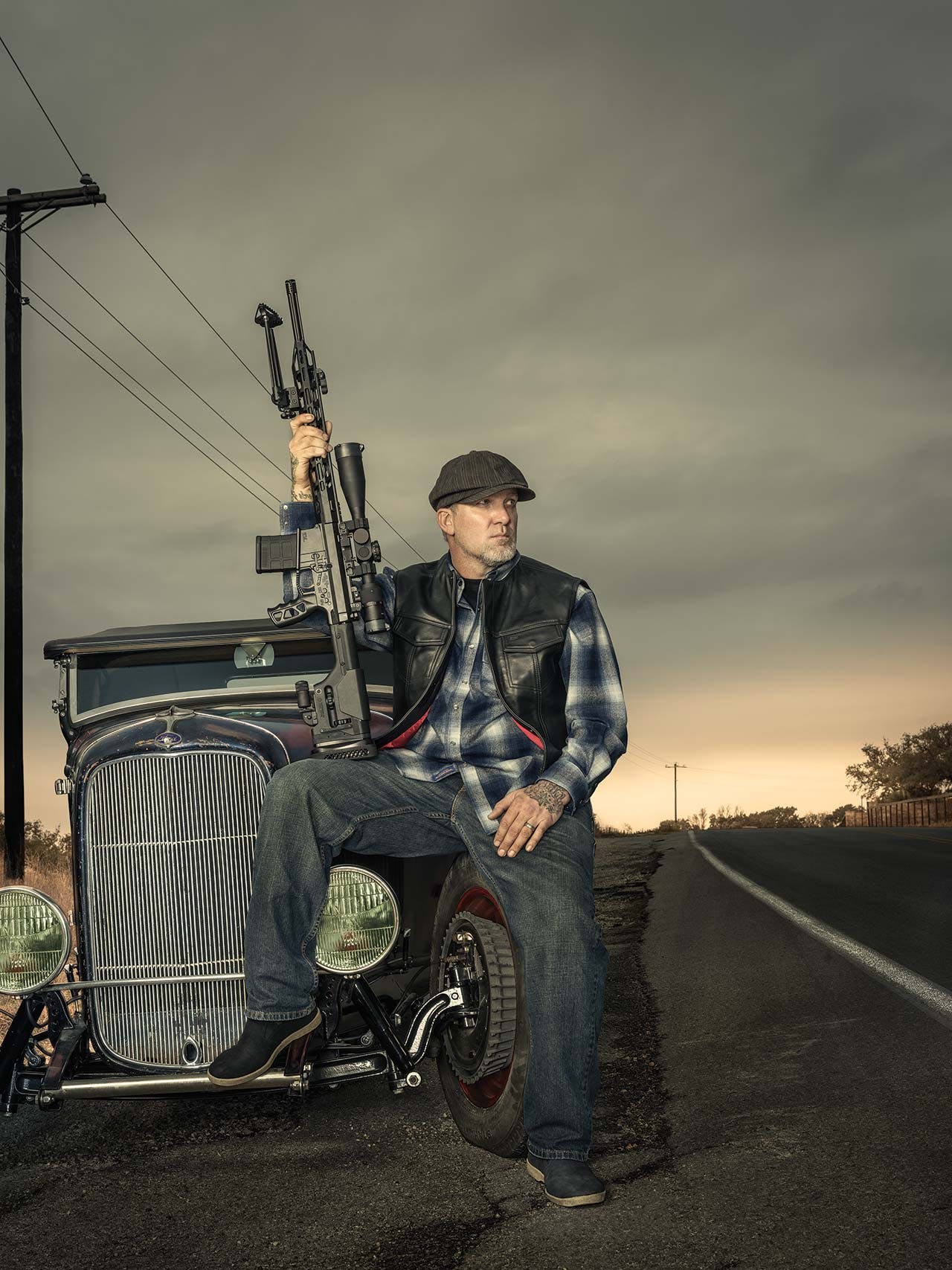 “I used to live in California, which is so regulated. A big part of my decision to move to Texas was the freedom. After I bought every cool gun I ever wanted, I decided to try and make one. And then people started buying them. I build them all by hand, and I now have a whole second career, driven by my greatest passion, that I never expected.” 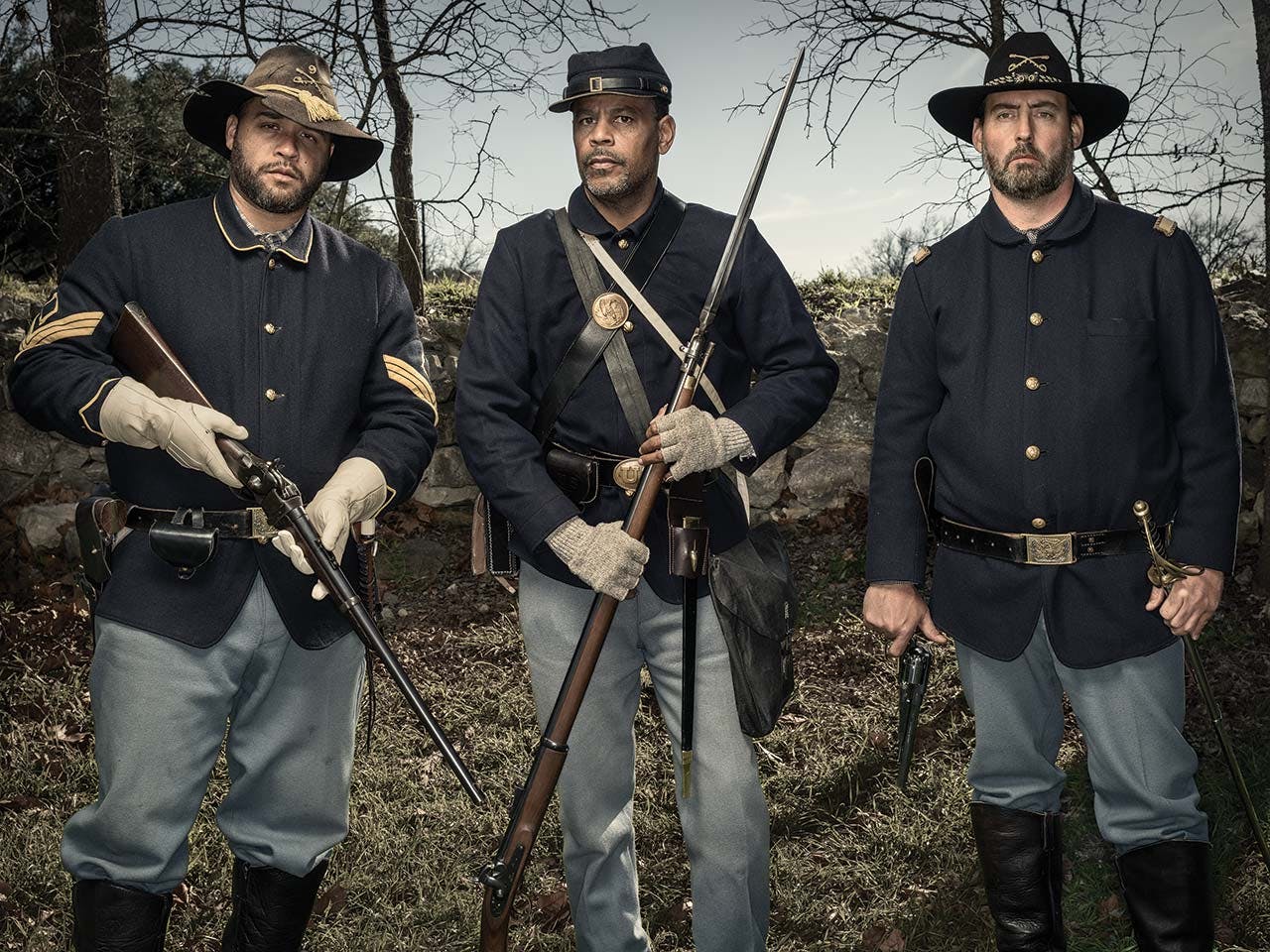 Mack: “As a kid, I was never taught enough about African American history, so as I got older, I was hungry to learn more. Becoming a Buffalo Soldier was a great honor. We travel around the state teaching kids about everything the soldiers did. Of course, they want to see the weapons, but we try to show them that the guns were just one of the many tools the soldiers used.” 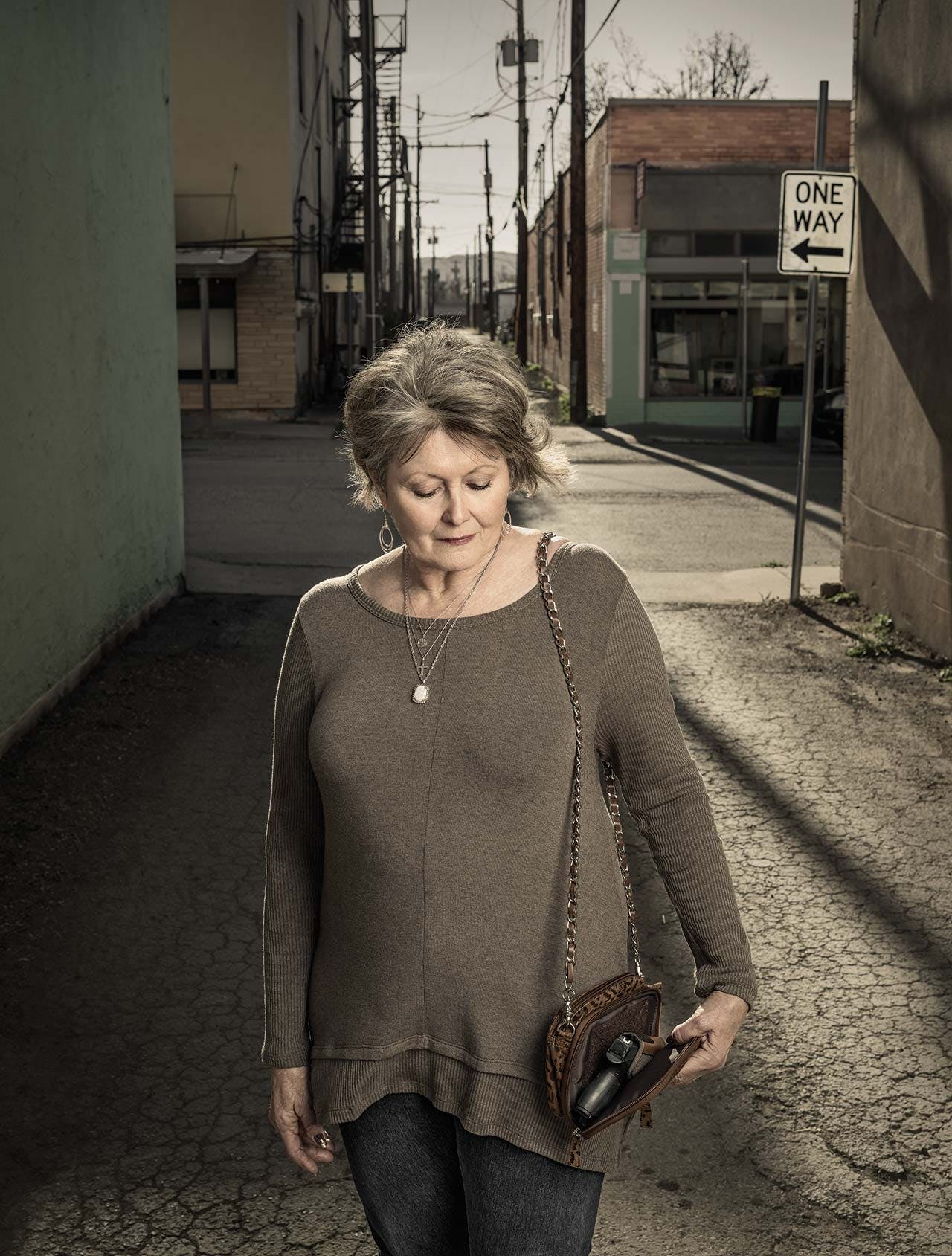 Photographed with a .380-caliber Glock 42

“I became a CHL instructor in 2011. I retired from my education career and wanted in some way to continue teaching and also to promote awareness of the Second Amendment so as to empower women to have the confidence to be in control of their own protection, if needed. It is my right to own a gun. It is my right and my responsibility to be able to protect myself and my family.” 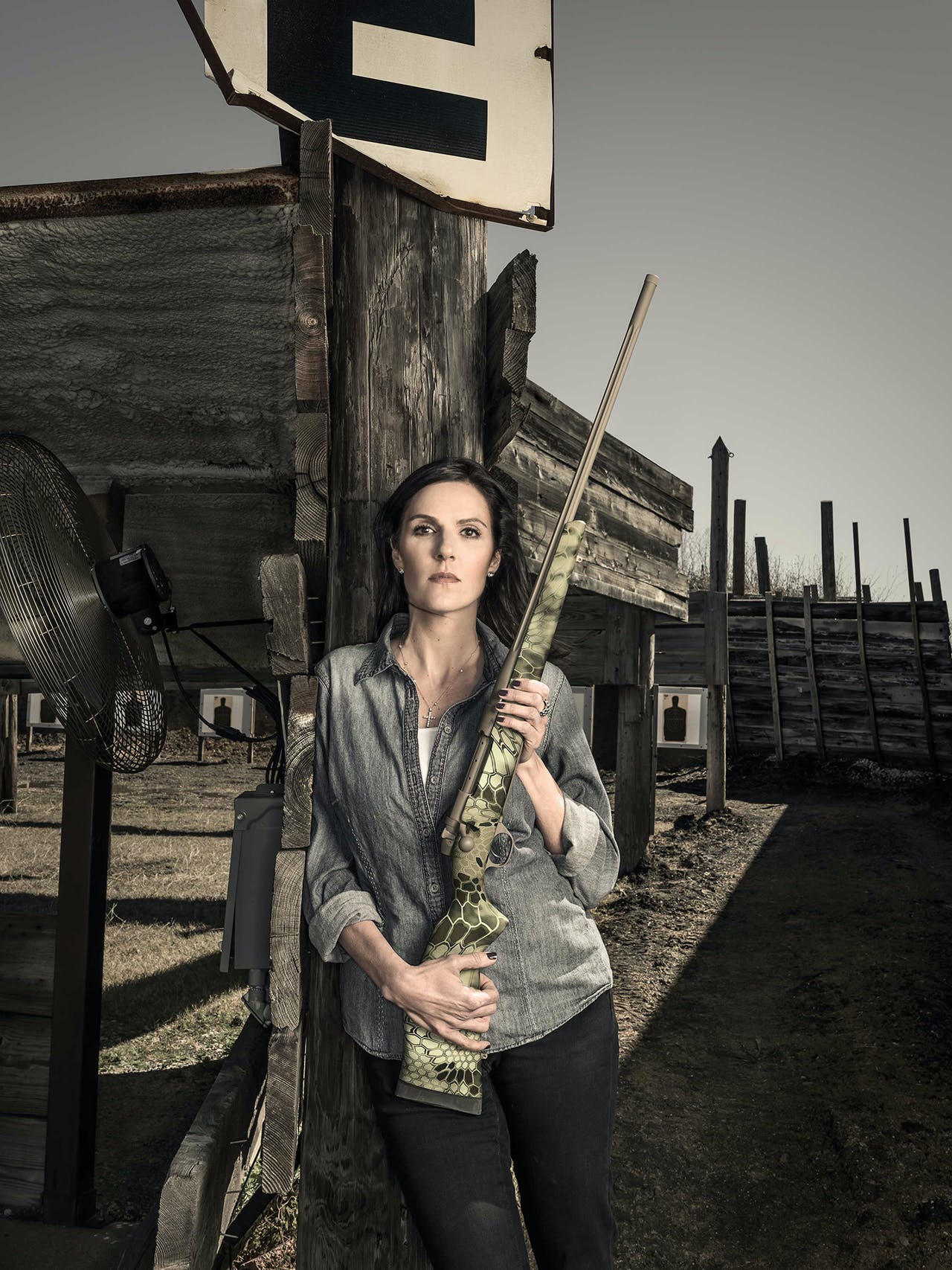 “My dad was a hunter and in the Marine Corps, but I never had an interest in guns. It wasn’t until Chris [Kyle] went on his second deployment and I had my son that I felt I could kill someone if I had to, to protect my family. When you know the power of a weapon, you have a healthy respect for what you have in your hand. It’s not something responsible gun owners take lightly.” 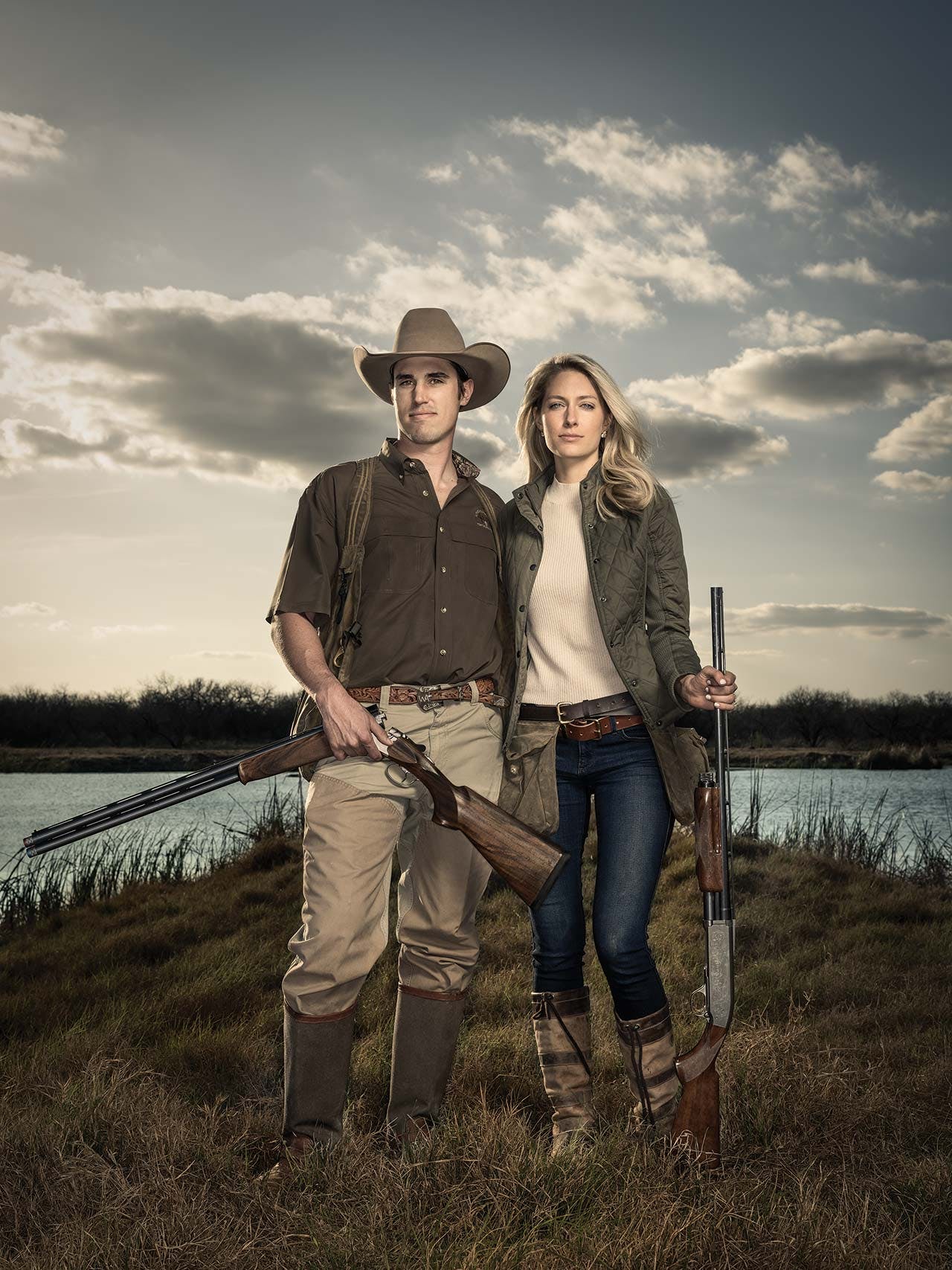 Kristen Kilpatrick, 25, with Will Arthur, 26; photographer; Fort Worth

Kilpatrick: “Hunting together has been a bonding experience unlike anything else. We have matching hunting dogs and hunt birds, duck, and deer every chance we get. Will has taught me so much about the outdoors and animals, which has made the whole hunting experience more meaningful.” 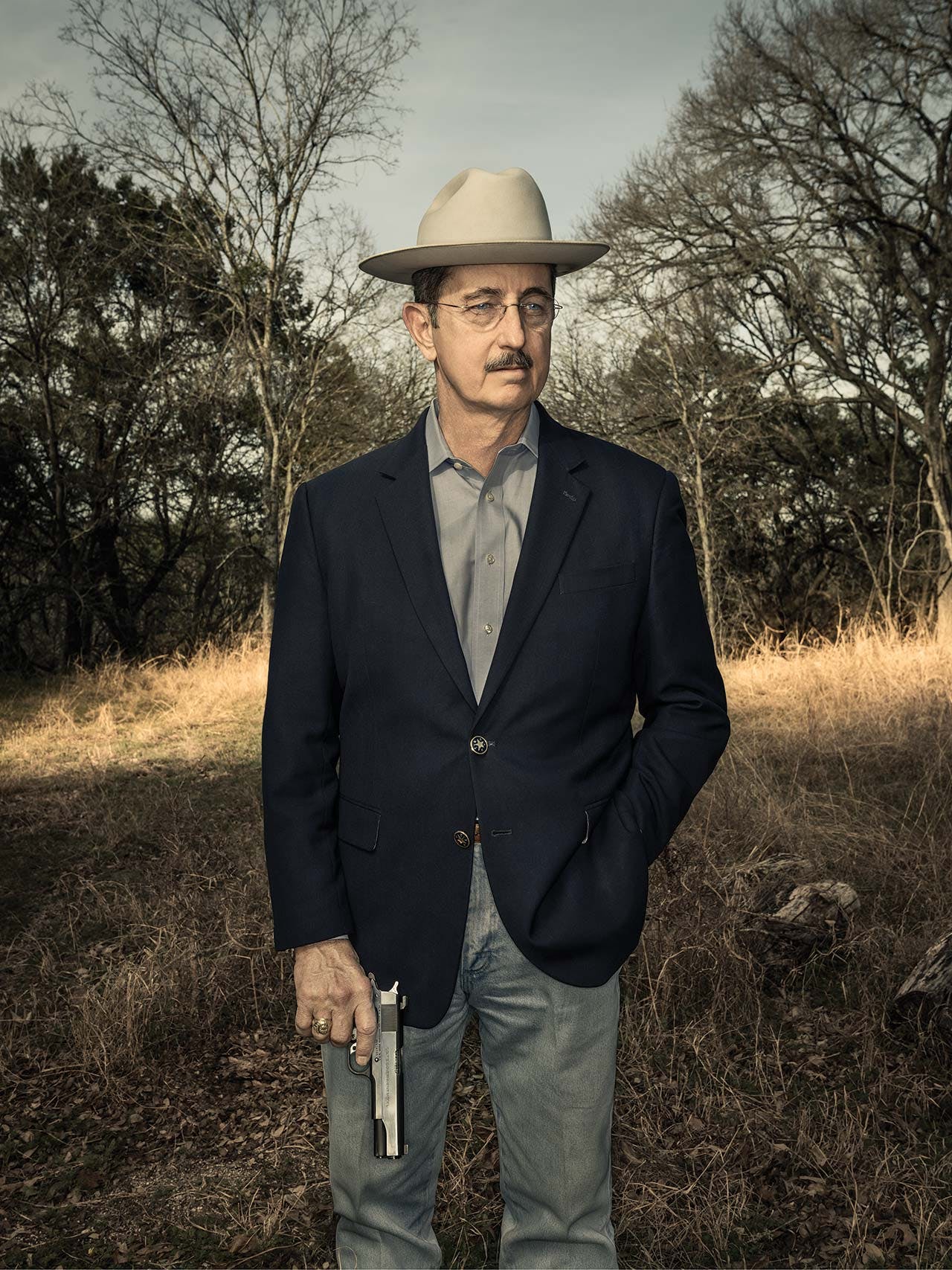 “I love the history associated with firearms. While it may sound weird, I also like the way they smell. Old firearms with oil-impregnated wooden stocks and gunpowder residue smell like history and tradition to me. ‘Own a gun’—I don’t like that term. My God-given, constitutionally enumerated right extends far beyond just owning a gun. I have a right to ‘keep and bear’ a firearm.” 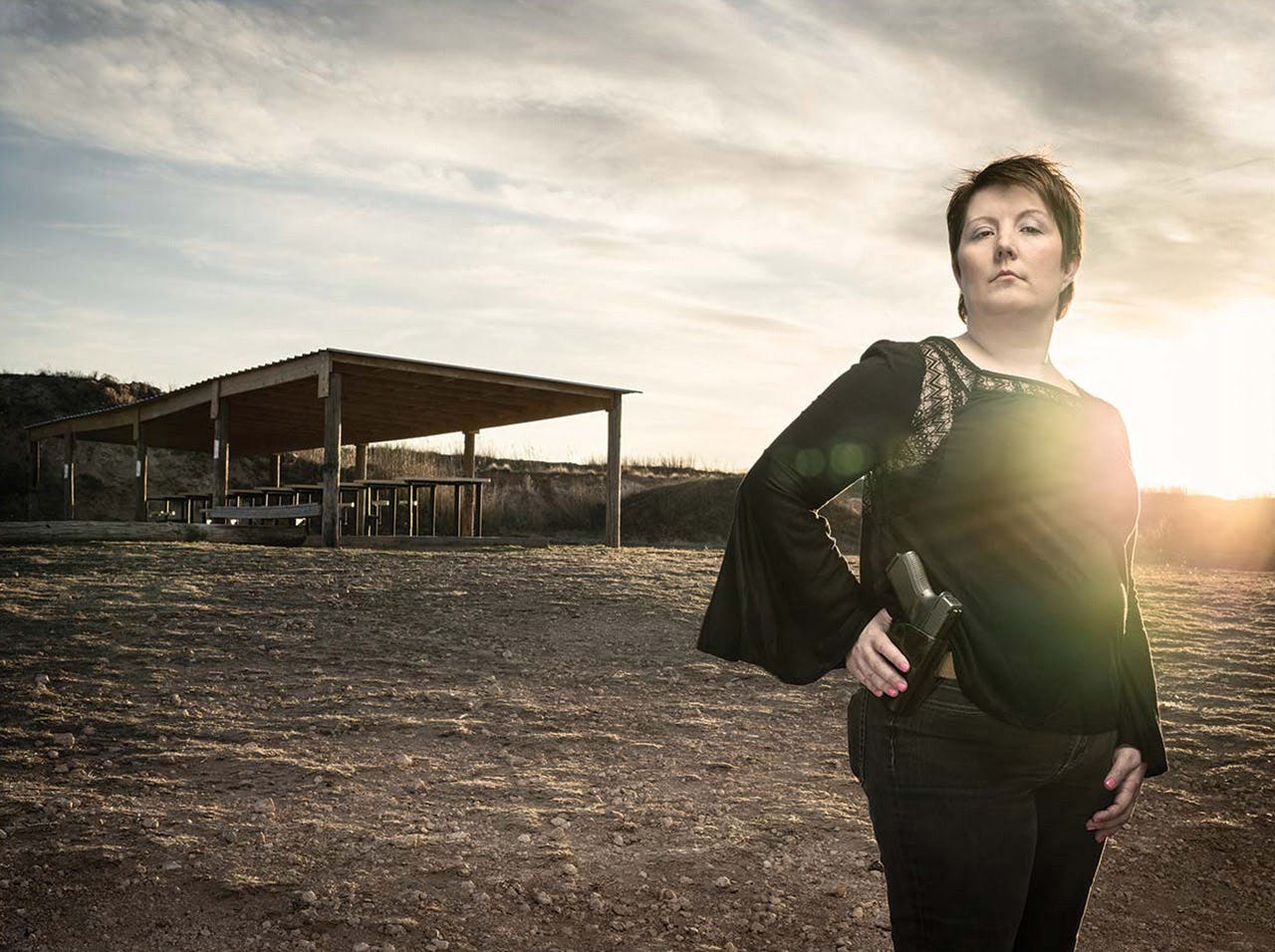 Photograph with her Glock 19

“I started Goddess Armoury boutique because I got fed up with going into male-dominated gun stores and them always trying to get me to buy a small pink gun. I wanted to create a place where women can come in and talk guns and not feel belittled.”

*Correction: A previous version of this story said that Luis Padilla, a Buffalo Soldier re-enactor, was photographed with an 1873 Springfield rifle. In fact, he’s holding an 1859 New Model Sharps carbine without a patch box. We regret the error.