Last week, Carli Lloyd—the former Houston Dash star currently on a summer-long victory lap after her success at the World Cup  with the U.S. Women’s National Team—made headlines in a different sport. As a guest of the Philadelphia Eagles at the team’s joint practice with the Baltimore Ravens, Lloyd took a few cracks at kicking field goals—and nailed two beautiful kicks right through the uprights: First a 40-yarder, and then a 55-yard try that looked like it would have been good from at least 60.

The clip went viral; millions watched it, including a lot of folks in NFL front offices. Discussions shifted from “wouldn’t it be cool if…” to “you know, the Bears could use a kicker…” and culminated with at least one serious offer from an NFL team to roster Lloyd for tonight’s fourth and final preseason game, where she could kick during live game action.

Honestly, I don't think it will be long before we see a woman break through this NFL barrier. I'd give her an honest tryout if I were, say, the Bears. https://t.co/pyIlIY6Jxv

Lloyd turned down the offer to kick in the preseason—she’s otherwise booked with the USWNT’s friendly match tonight against Portugal. But if she were to seriously consider signing with the NFL, it’d make more sense for her to do so with proper preparation and in an environment where she’d be set up to succeed, rather than as a one-time novelty.

Lloyd is an intriguing prospect. At 37, she’d be the oldest rookie to enter the NFL (former Longhorn Nate Boyer, the Green Beret who convinced Colin Kaepernick to kneel during the national anthem, was 34 when he spent the 2015 preseason as a long snapper with the Seahawks)—but kickers in the NFL can play well into their forties, so it’s not a dealbreaker. (Former Baylor kicker Matt Bryant made the Pro Bowl in 2015 at the age of 41). Part of why kickers tend to age out of the NFL, though, has to do with the veteran’s minimum salary going up as they accrue a decade-plus of experience—which wouldn’t be an issue for a rookie like Lloyd.

Soccer players can succeed as placekickers in the NFL—former FC Dallas goalkeeper (and A&M product) Josh Lambo signed a four-year contract extension with the Jacksonville Jaguars in February—and it’s not unheard of for women to be successful as kickers in lower levels of football. In 2017, Claire Jeffress of Dawson High School, near Pearland, hit a game-winning field goal the same week she was crowned Homecoming Queen—and there’ve been a number of women to kick at various levels of college football. At some point, someone will likely break the glass ceiling on the NFL, and it would make sense for it to be someone with Lloyd’s profile and prodigious talent.

And it seems like Lloyd is considering it. She told reporters, “At first, I was just laughing about it a little bit. But the more I spoke with my husband—he is all for it—and my friends and family, they are really encouraging me to potentially take up this opportunity.” There’d be challenges, obviously—in addition to being a 37-year-old rookie, she’d also be a lot smaller than most NFL kickers, who tend to be an average of 6’0″ tall and weigh 202 pounds. Making an open-field tackle as a 5’7″ kicker would be tough—though with her skills and the NFL’s new rules, she could probably just boot each kickoff out of the end zone and avoid ever needing to.

It wouldn’t be shocking if Lloyd’s agent gets phone calls throughout the season, whenever a team is struggling, to see if she’d like to come in and give it a try. Given what she was able to do kicking at practice as a lark, if she decided to take it seriously, we could see that working out for her. 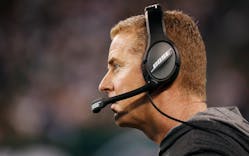 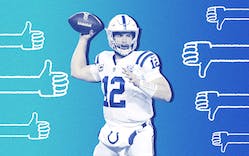 Andrew Luck’s Retirement Reveals the Uglier Side of NFL Fandom 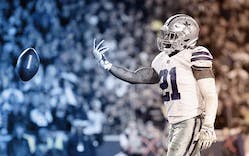