On the night of February 2, a Saturday,William Doyle was  busy with the manuscript of American Gun, a book he was working on with Chris Kyle, the retired Navy Seal who had gained celebrity status with his first book, American Sniper, one year earlier. Kyle provided the framework and ideas for the new book, his attempt to tell the history of the United States through the stories of ten guns. Doyle, an established nonfiction author, did much of the research and writing.

Sometime after midnight, Doyle, sitting at his desk in New York City, finished reading some emails from Kyle, then cued up the Huffington Post. He couldn’t believe the headline at the top of the page: “CHRIS KYLE DEAD.” Kyle and his friend Chad Littlefield, Doyle learned, had taken an ex-Marine  to a firing range about seventy miles southwest of Kyle’s home in Midlothian. Kyle had devoted his post-military life to adjusting to the realities of being home and helped fellow veterans do the same. That’s why he had taken the man who authorities say killed him to the range.

“My immediate thought was for his family,” Doyle said. “But since I happened to be working on the book when I heard the news, I was thinking, ‘What happens to the book?’”

Peter Hubbard, the editor of American Gun, learned of Kyle’s death later that morning. “It was devastating, and the difficult thing is, it wasn’t like you could escape it for a few days,” Hubbard said. “There was a huge surge of interest in American Sniper, and we were trying to respect Chris’s legacy. We had to put out statements. And then figure out what we were doing with the new book.”

For Hubbard’s employer, HarperCollins, the stakes were high. American Sniper, a memoir of Kyle’s service in Iraq, where he killed more enemies than any sniper in the history of American military, sold more than one million copies. American Gun is a very different book, but it was expected to be a major release. It remained incomplete at the time of Kyle’s death. “It felt right to finish something he started,” Hubbard said. “But I wanted to get the okay from Taya, his widow, before we did anything.

Taya Kyle’s life spun into a blur in the weeks after her husband’s death. She spoke at Kyle’s memorial service—attended by 7,000 people at Cowboy’s Stadium in Arlington—and turned to the projects he had been working on. Once she was able to focus on the book, she realized it needed to be finished. She knew how much fun Kyle had working on American Gun, which will be published Tuesday.

“He was getting back to his roots, being reflective on guns and the Old West,” Taya said of her husband, who grew up in Odessa and Midlothian and dreamed as a child of becoming a cowboy. “There’s a long pistol that Jesse James used, and Chris would walk around the house and do quick draws with replicas and twirl them around his finger. The quick draw wasn’t easy, because the pistol was so heavy. The gun was designed so heavy because when you ran out of ammo, you could hit someone in the head with it. Chris was fascinated with details like that.”

Seeing her husband’s book through to completion, she said, “was like taking care of him.” To help with that, Taya requested that Jim DeFelice, Kyle’s co-author on American Sniper, come in to assist with finishing the new book. “He is a member of the extended family,” Taya said. “I found great comfort in having his talent and ability as a writer.”

DeFelice added an epilogue that obliquely addresses the national debate over gun control that erupted during the previous year that Kyle worked on the book. “There were terrible detours,” he writes, “injustices, unnecessary violence, and criminals who found a way to use for evil what should have been, what were, instruments of progress.”

“Chris saw any weapon as something to be respected, as a tool to protect freedom and other people, and as something that can be used for evil,” said DeFelice in an interview. “That would’ve been in the book no matter what.”

Nor did Kyle’s murder alter the book’s tone. “No shadow hangs over these pages, despite the circumstances,” Hubbard wrote in a publisher’s note appended to American Gun that is the only acknowledgment of the violent nature of Kyle’s death. “It felt like an elephant in the room,” Taya said. “We had to address it, but that definitely isn’t the point of the book.”

Instead, Taya hopes American Gun moves her late husband’s legacy beyond the image created by American Sniper. Kyle never wanted to write that book, she said, but did so because he was told that others would write books about him. He wanted the real story told, and credit given to the men he served with.

“I didn’t fall in love with a Navy SEAL, I fell in love with Chris,” she said. “He’s a cowboy, and he’s a patriot, and he’s funny and humble. To me this book is a way he could express that side, instead of the side he felt maybe forced into with American Sniper.” 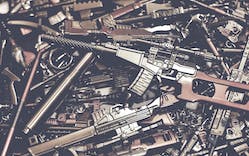 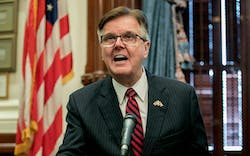 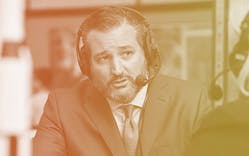 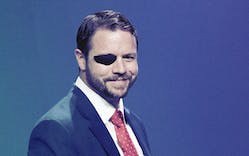