Fifty years ago today, President John F. Kennedy ascended a podium at Rice University in front of a crowd of 40,000 and described America’s quest to go to the moon as the “the most hazardous and dangerous and greatest adventure on which man has ever embarked:”

But why, some say, the moon? Why choose this as our goal? And they may well ask why climb the highest mountain? Why, 35 years ago, fly the Atlantic? Why does Rice play Texas?

And 6 years, 10 months, 9 days later, Neil Armstrong became the first of twelve men to walk on the moon’s surface. (Armstrong passed away last month, which means only eight of those men are still alive today, the youngest of whom, Charles Duke, is 76.)

Read the full text of Kennedy’s speech or watch the video below:

The Houston Chronicle‘s Eric Berger asked Texas Monthly’s senior executive editor Paul Burka about covering the speech as an undergraduate and reporter for the Rice Thresher.

“How different it was in those days when you could actually imagine that government could do things,” Burka said. “Today no one has faith in government to do anything.”

When Armstrong died last month at age 82, Burka further described that day and the historical significance of the speech:

I was in Rice Stadium on September 12, 1962–my senior year–when John F. Kennedy came to Houston to give his “Moon Speech,” about his plan to land a man on the moon before the end of the decade. The Cuban Missile crisis lay just weeks ahead. The Vietnam conflict was just starting to make the news. Martin Luther King’s March on Washington was a year away. Though few of us suspected it, Texas lay on the cusp of enormous change. NASA would bring to Houston a cachet it had never dreamed of. Unseen thousands of people in the northern tier of states were gathering to descend on Texas. A state that was primarily rural in character was about to discover the suburb, with all the immense political and social changes that would follow.  The political group that dominated state politics–conservative Democrats–would soon find themselves pinched to the point of extinction between Republicans and liberal Democrats. The new Texas that lay just beyond the horizon would bring liquor by the drink, Southwest Airlines, the Dallas Cowboys, women at Texas A&M, the silicon chip, and thousands upon thousands of immigrants from across the Rio Grande. Houston itself would soon be the nation’s fourth largest city.

[The speech] speaks to the way Americans viewed the future in those days. It is a great speech, one that encapsulates all of recorded history and seeks to set it in the history of our own time. Unlike today’s politicians, Kennedy spoke to our best impulses as a nation, not our worst.

“I can remember it clearly today,” Gomel told the Chronicle‘s Berger. “He has his fist clenched on the podium, and his delivery was so dynamic. He made all of us believe this was possible and achievable.”

In an editorial at the Planetary Exploration Newsletter, Mark V. Sykes of the Planetary Science Institute imagined what Obama might say were he to give a speech on the same topic today.

“It is time, not to climb another mountain, but to find out if humanity has a future beyond the Earth – will we, our children or grandchildren live and work and have families on the Moon or Mars or some other place? This is a question we can and will answer. If yes, the United States must lead the way and plant the seed of our nation’s values in that future,” Obama should say in such a speech, according to Sykes. “We are a people who rise to the challenge. To paraphrase President Kennedy, we do this, not because it is easy, but because it is hard, because it will serve to organize the best of our energies and skills, because it is a challenge that we are willing to accept, and one that we are unwilling to postpone. This is not a race. It is a call to press forward and keep moving forward to create new knowledge, new opportunities, and new economies.” 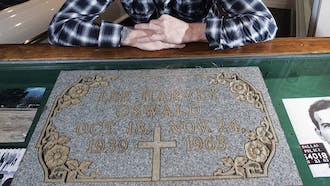 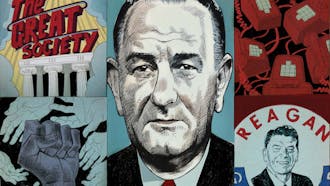 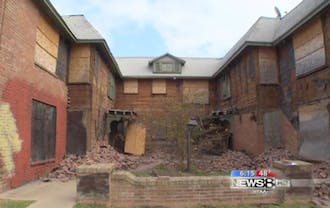 Did You Say You Wanted to Buy Lee Harvey Oswald’s Bathtub? 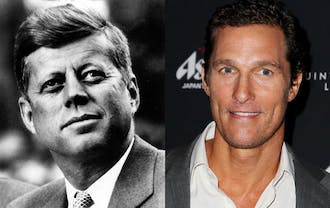