Back in 1998, Houston’s ABC television affiliate aired an interview with a local hip-hop superstar whose meteoric rise had taken the city by storm. The segment features Robert Earl Davis Jr.—known as DJ Screw—slowing down and chopping up songs for his patented Screw tapes, cassette mixes that spread through Houston’s south side and that sold by the thousands solely through word-of-mouth promotion. “When I first started, I thought it would be all right,” DJ Screw says. “I didn’t know it was going to get this big.”

Since his death in 2000, at the age of 29, DJ Screw’s legend has only been amplified, with hometown heroes like Travis Scott and Beyoncé recognizing his influence in their own work. And he’s finally being immortalized where he was born and raised: On March 6, the Contemporary Arts Museum Houston will debut “Slowed and Throwed: Records of the City Through Mutated Lenses,” a “two-part interdisciplinary exhibition” meant to celebrate the trailblazing DJ’s legacy twenty years after his death. There, museum-goers will see LPs from DJ Screw’s collection, original copies of tapes he created, personal photographs, flyers, and more.

That legacy is a complicated one. On one hand, DJ Screw is credited with creating chopped and screwed, a technique that involves slowing down rap and R&B songs, chopping them up, and mixing them together. It’s become a genre unto itself that’s changed the way hip-hop is made across the globe. But DJ Screw’s association with (and death from) the drug “lean”—a mix of codeine with promethazine cough syrup and soda, often Sprite—can often result in a reductive narrative, one that the museum is hoping to acknowledge without glossing over. “Everything you read about DJ Screw folds that in, frankly, front and center,” says Patricia Restrepo, exhibitions manager and assistant curator at CAMH. “He was a genius and had an incredible ear and could play classical music. He’s an avant-garde artist. That hasn’t received enough focus.”

That’s why, in February 2019, Restrepo reached out to Julie Grob, the gatekeeper for a treasure trove of DJ Screw archival materials. Grob, a librarian at the University of Houston, curated an exhibition at the school’s MD Anderson library, “Brothers in Rhyme,” using a collection of materials dedicated to the Screwed Up Click collective—and specifically its leader, DJ Screw—donated by his family, including 1,600 vinyl records he used as source recordings. For Grob, elevating the music of DJ Screw to a scholarly concern instead of just, say, a cultural touchstone, was important. “As an archivist I’m trying to predict what scholars might be interested in, what things future generations might be interested in,” Grob says. “I thought fifty years from now I would be interested to learn more about Screwed Up Click and chopped and screwed.”

Grob and Restrepo then connected with Rocky Rockett, the former manager of Houston rapper ESG, herself a close associate of the Screwed Up Click. Listed in the exhibition catalog as a research adviser, Rockett is a jack-of-all-trades. In addition to providing expertise as a hip-hop educator, the native Houstonian also acts as a liaison between publications and members of the Houston rap scene and, in this case, between the academy and the hip-hop community.

Ahead of the CAMH exhibition, she became a critical link between the museum and DJ Screw: Specifically with Big Bub, Screw’s cousin and the owner of Screwed Up Records & Tapes. Among the purveyors of DJ Screw’s legacy, nothing is considered legitimate without Big Bub’s approval. “If the Screw shop doesn’t clear it, people won’t support it. They are very vocal about that,” Rockett says, noting that Restrepo and Grob came to her early in the process and asked what they were missing. “The first thing I said was, ‘Talk to Bub, he’s the godfather.’”

The Screwed Up Click quickly embraced the prospect of a DJ Screw exhibit. And importantly, Big Bub and ESG were on board from the beginning. Rockett says that because of Grob’s previous exhibition at the University of Houston and because of her work in keeping the DJ Screw legacy alive, Restrepo didn’t have the issues with access that an outsider might. Because the trust had already been established, and because of the autonomy they were given—for Big Bub, in helping select archival materials, and for ESG in creating a playlist for the exhibition—they were able to make sure that DJ Screw was aptly honored. They met several times with the museum to discuss which archival materials—including which rare source DJ 12-inch record or flyer from a late-nineties DJ Screw show—would best represent his legacy to the public.

Because Screwed Up Records & Tapes is a home away from home for the Screwed Up Click and DJ Screw fans alike, the gallery’s center will mimic the original Screwed Up Records & Tapes facade. Inside lies the archival component of the exhibition, which features artifacts from DJ Screw’s life, like original gray tapes and photographs of DJ Screw with the Screwed Up Click and as a child. “Just to see his handwriting feels very personal,” Grob says. “It’s a very intimate item. It really personalizes DJ Screw.”

As visitors make their way through the space, they’ll see flyers for a DJ Screw appearance at Club Fusion, a press pass for Screwed Up Click member DeMo’s June 27 birthday celebration—commemorated on the ever-popular Screw tape titled June 27 , a day that’s also now an unofficial holiday in Houston—and the memorial service program for his 2000 funeral.

For the second portion of the exhibition, CAMH commissioned fifteen Houston-based or Houston-affiliated visual artists working across mediums to create works that incorporate themes long associated with the music of DJ Screw, such as the slowing of time, sampling, collage, and mutation.

Karen Navarro’s photographic contributions, for instance, each feature a single subject, but one that’s fragmented. In one image, a man is segmented into square tiles. Sections of his striped shirt are vertical where they should be horizontal, colors appear out of place, and his face is, well, all screwed up, with one of his ears transposed to where his eyes should be. Ann Johnson prints photographs on raw cotton and a large, white feather instead of on photo paper. One of Charisse Weston’s pieces features layers of printed and text-etched folded glass on top of itself, stacked on top of bricks, looking as if it is slowly melting downward. All are meant to mirror DJ Screw as a visual manifestation, not unlike how he mixed sounds together in his own work.

When DJ Screw unexpectedly died in 2000, the world he created could have died with him had his community not made sure that didn’t happen. By 2000, between seventy and eighty chapters of the Screw tapes had been released to the public. In ensuing years, that number has grown to more than three hundred, with new chapters still coming out as lost originals are unearthed from private collections.

“I don’t think the University of Houston libraries or CAMH would be working to preserve his legacy if not for those fans and his fellow musicians and family members who have kept his name alive,” Grob says. That’s why the CAMH exhibition intends to be, at least partially, by and of the world of DJ Screw, instead of an outsider’s view of what he meant. To get that input, those meetings to go over archival materials often took place outside of museum hours, sometimes late on Friday nights at Screwed Up Records & Tapes with Big Bub and other members of the Screwed Up Click.

The night before the exhibit officially opened, DJ Red, Screwed Up Records & Tapes’s in-house DJ, performed at the CAMH, and Houston Sauce Co, a black-owned vegan food truck, provided food for the opening night party. It’s all an effort to, in Restrepo’s words, “have a two-way dialogue with the community,” breaking down barriers that institutions like contemporary arts museums—which often are predominantly white spaces—can often reinforce.

ESG’s first thought was that T.I.’s Trap Music Museum, in Atlanta, might be a good fit for a show about DJ Screw’s life and work. But his hometown of Houston, for all its hip-hop glory, didn’t have a proper counterpart. “There’s nothing out here in Houston like that,” he says. “It’s about that time to shed another light on Screw.”

He thinks the outsized reach of his departed friend will one day result in a statue of his likeness, erected somewhere in Houston. For now, ESG thinks the opening will be bigger and different than a block party or June 27 concert, and that museumgoers will enter a new world just by attending. ESG’s hope is that the exhibition eventually goes on tour, and that it becomes accessible to people outside of Houston, too—just as DJ Screw’s music spread across the globe from the early psychedelic raps of Harlem’s ASAP Rocky to experimental electronic musician Oneohtrix Point Never. His story is being told in new ways, too: In January, a trailer emerged for a new television series, “All Screwed Up,” which appears to chronicle DJ Screw’s life, from a child scratching vinyl LPs in his bedroom to the superstar he became. “I hope this can go a while and I hope we get the word out and get as many people from different walks of life to see it,” ESG says. “He was so ahead of his time, way ahead.”

Big Bub echoes the interview his cousin gave 22 years ago, back when the tape shop was brand new and located on Cullen Avenue. Ambitious as DJ Screw was as a musician, producer, and entrepreneur, it’s difficult to picture a museum exhibition on his mind. “He always dreamed big but no one ever knew it would get this big,” Big Bub says. ESG agrees. “Screw was just happy to be a local superstar,” he says. “He’d be choppin’ in his grave about this.” 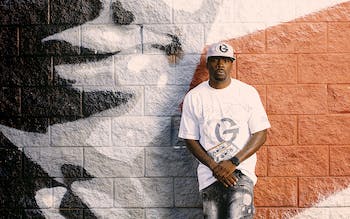 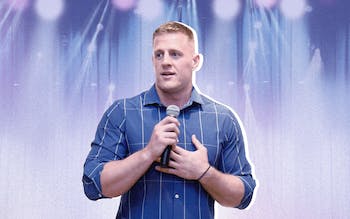 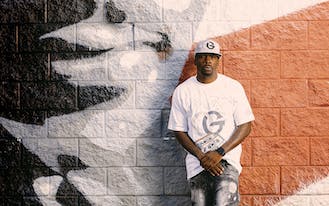 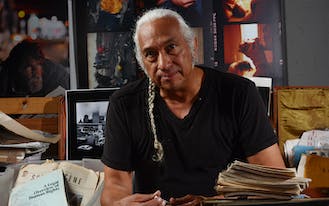 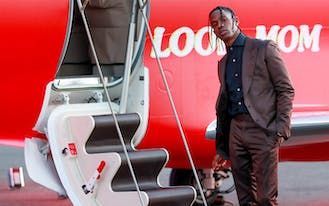