The Americanization of Alfredo Corchado

This article originally appeared in the July 2018 issue with the headline “High and Dry.”

A few years ago, at the height of the drought on the High Plains, I stopped for lunch at Tastee Burger in the Panhandle town of Lockney. Inside, I overheard Lindan Morris, a local dealer of center pivot irrigation systems, telling friends that he’d been out drilling wells to a depth of more than three hundred feet without hitting groundwater. Dry times are a fact of life in West Texas, but it was surprising to hear that the aquifers, which have been a saving grace for decades, were receding. I struck up a conversation with Morris and later met him at his nearby office for an interview. He was a hard-nosed realist, with a map on his wall of the dozens of failed wells to the east of town.

Despite those quantifiable signs, there was a limit to Morris’s pessimism. When I asked him if he thought that climate change was permanently transforming the region, he demurred. He didn’t believe in any of that sort of talk or worry that drawing from the Ogallala Aquifer to compensate for more-frequent droughts was irreversibly depleting the wells. We find a way through such problems, he suggested, noting that when drought seized the country in the fifties, Americans invented center pivot irrigation—those familiar sprinklers that spray water in a circular manner, tapping long-unused water sources. That technology transformed agriculture in the High Plains and, not incidentally, built the business he works in. “There’s always been times when it was hot and dry,” Morris said, “and there’ll be some more.”

Journalist Seamus McGraw’s new book, A Thirsty Land: The Making of an American Water Crisis (University of Texas Press), confronts that way of thinking—and warns that we’re kidding ourselves if we think that next time will be like past times. In stark prose that often gleams like a bone pile bleached in the sun, McGraw travels back and forth across Texas to give a free-ranging but deadeye view of the crisis on the horizon. The 2011 to 2014 drought cost Texas nearly $8 billion in agricultural losses; McGraw cautions that those devastating years appear to be a mere bellwether. “There probably will be, scientists say, even worse droughts to come as the planet, in the throes of an unprecedented warming period, endures increasingly volatile weather patterns that will make wet places wetter, and dry places, like much of Texas, profoundly, dangerously drier.” If that sounds like the alarmist rantings of some eco-warrior, it’s worth noting that though McGraw writes from a certain position and an unmistakable passion, his stock-in-trade isn’t doom-and-gloom rhetoric but careful and detailed reportage. His past two books, The End of Country (2011) and Betting the Farm on a Drought (2015), were painstaking explorations of, respectively, threatened and depleted water resources due to fracking in Pennsylvania and the already measurable costs of rising temperatures on farmland across the country.

In short, McGraw knows his stuff, and he knows that Texans like Morris take a measure of pride in having survived droughts like the one that seized the state for almost the entirety of the 1950s, the so-called drought of record. But in lionizing those who weathered that era, farmers and ranchers seem to have forgotten the hard facts about just how many Texans didn’t make it. By the decade’s close, 244 of 254 counties were relying on federal disaster funds. Nearly 100,000 farms and ranches had failed, and people were driven to the cities or out of state by the hundreds of thousands. The situation was so dire that the state of Texas dedicated $200 million to research and created the Texas Water Development Board to guide policy and avert all-out disaster.

“Why worry? They said. It would rain this fall. It always had. But it didn’t. And many a boy would become a man before the land was green again.” —The closing lines of the prologue to Elmer Kelton’s classic 1973 novel set during the Texas drought of the 1950s, The Time It Never Rained

The board’s State Water Plan, first issued in 1961 and updated nine times since, provides McGraw’s starting point and narrative touchstone. But those documents, as he points out in a note at the end of the book, “offer insight into only part of the story. The dry, official part.” His narrative comes to life when he animates those studies with the stories, drawn from newspaper archives and interviews conducted across Texas, of the people who lived through those times, as well as other devastating droughts, like the one that ravaged South Texas in the late nineteenth century.

The history is at its most colorful and poignant in the tales of hucksters and madmen and their harebrained schemes to make it rain. R. G. Dyrenforth, for example, seems to have honestly believed that he could summon rainfall and end the drought of the 1890s by making a loud racket with a battery of mortars and some explosives rigged up to a mesquite tree. But when his experiments failed, he wasn’t above repeating his con from town to town in a region that had grown desperate.

Such wild claims seem obviously foolish to us now, but McGraw expertly draws a line from men like Dyrenforth (or “Dry-Henceforth,” as he came to be derisively known) to rainfall research programs funded by the U.S. government and companies like Dow in the fifties and sixties, and to current projects aimed at turning seawater into fresh water for drinking and irrigation. Rather than moderate our use of water, we’ve been on a century-long quest to offset our abuses. “The Gulf of Mexico helps me sleep at night,” the deputy executive administrator of the Texas Water Development Board told McGraw.

A more restless sort, McGraw is skeptical of such attempts to engineer after-the-fact fixes rather than rely on old-fashioned conservation of resources, and he finds the greatest hope in modern-day Texans who resist easy answers. Shirley Shumake, for example, is a sixth-generation rancher in the hardwood bottomlands west of Texarkana who in 2000 decided to fight the construction of a proposed dam on the Sulphur River. Intended to create a reservoir for the Dallas–Fort Worth Metroplex, the dam would have inundated tens of thousands of acres of ranchland, wildlife habitat, and forests. Her neighbors told her that the project was a done deal, but Shumake refused to give in, working tirelessly to organize and build coalitions.

Where environmental groups such as the Sierra Club and the National Wildlife Federation had run up against local resistance to anything that smacked of big-city liberalism, Shumake was able to earn converts by convincing ranchers and hay farmers that they shouldn’t roll over for the moneyed power brokers in Dallas. Perhaps her biggest coup was winning over International Paper, which still operates in those forestlands and depends on the Sulphur River to carry away its discharge. Shumake fought the project to a stalemate by uniting loggers and environmentalists.

This is the heart of McGraw’s argument: whatever our vision of the future, we’re going to have to find a way to work together; the era of competition and market domination has only brought us to the edge of disaster. “[This] is a book that asks whether we have it in us,” McGraw writes in the prologue, “to seek out an understanding of how crucial a role water plays in our lives.” But the larger question that lurks just beneath the shimmering surface is the challenge of climate change. McGraw studiously avoids using the term throughout most of his book, instead describing “shifts that are making our storms more savage, our droughts more punishing,” in an effort, no doubt, to avoid alienating climate-change skeptics.

But in the epilogue, he considers the issue directly, ruminating on a series of rock paintings made by ancient cliff dwellers who lived above the Pecos River thousands of years ago, before they were likely pushed out by drought or famine. “You don’t have to be a tie-dye-clad tree-hugger or a climate change activist,” McGraw writes, “to recognize that as far back as the days of the Pecos cave painters, Texas has been grappling with regular, destructive cycles of drought and flood, and even before you factor in the hazards of what most scientists believe is our role in a worsening climate, there almost certainly will be more severe droughts, worse even than the so-called drought of record, and perhaps soon.”

McGraw sees a simple lesson: we must adapt to our environment, not try to bend it to our will. In A Thirsty Land, he asks hardworking Texans—like Lindan Morris, like many of us—to apply our grit and determination to confronting hard truths and finding new ways of living in a dry and difficult land before it’s too late.

Lubbock native Ted Genoways is the author, most recently, of This Blessed Earth: A Year in the Life of an American Family Farm.

The Americanization of Alfredo Corchado 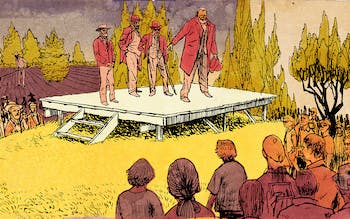 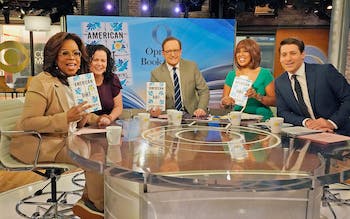 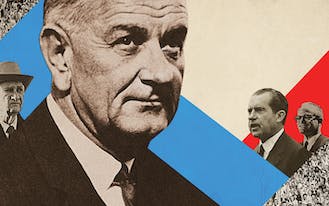