Mention the name Forest Whitaker, and several extraordinary, wildly disparate performances usually leap to mind: his breakthrough as jazz legend Charlie Parker in Clint Eastwood’s Bird (1986), in which the actor brought a sweetly haunted tenderness to a figure often remembered as a hopeless junkie. His lovelorn British soldier in The Crying Game (1993), a performance that seems all the more wily once the film’s classic twist is revealed. And most famously, his Oscar-winning turn as General Idi Amin in The Last King of Scotland (2006), a portrait of homicidal mania so ecstatic that it permanently alters your traditional notions of good and evil.

Yet for me, the Longview-born actor’s crowning achievement is one that relatively few noticed at the time: a supporting run on the FX series The Shieldin 2006 and 2007, playing Jon Kavanaugh, an internal affairs cop whose zeal to bring down a corrupt detective devolves into pure sociopathy. For one thing, the very fact that Whitaker was willing to sign on to a cable series speaks volumes about his journeyman’s approach: while other performers of his stature might see a guest turn on a cop show as beneath them, he goes where the work is—and makes virtually every role bigger and better than it has any right to be. For another, The Shield allowed Whitaker—who, that Oscar notwithstanding, has never quite gotten the respect he deserves as one of our finest actors—to stretch out over thirteen hour-long episodes, playing an initially upright man whose lies and double-dealings eventually land him in prison. It’s arguably the most expansive and complicated effort yet from a performer who specializes in trying to understand (and make us sympathize with) men whose behavior lurches from one extreme to the other.

Seven years after the one-two punch of playing Amin and Kavanaugh, a Forest Whitaker renaissance appears to be upon us. Don’t call it a comeback—he’s been here all along, dignifying junky action pictures (like 2010’s Repo Men), providing a jolt of sly humor to movies otherwise choking on their own stuffiness (like 2007’s The Great Debaters), even lending his melancholy-suffused voice to an exceedingly unhappy puppet (in Spike Jonze’s 2008 adaptation of Where the Wild Things Are). But maybe this go-round, people will stop thinking of the 52-year-old Whitaker as “just” a character actor—or as someone who, like F. Murray Abraham (Amadeus) or Mercedes Ruehl (The Fisher King), has failed to sustain the heights of his Oscar glory—and instead see his career as one of the most intriguing works in progress in modern Hollywood.

In 2013 he’s already appeared opposite Arnold Schwarzenegger in The Last Stand and Andy Garcia in A Dark Truth—certainly not his finest hours, but you’ll never catch him condescending to the material. Later this year, he’ll be seen in Out of the Furnace, director Scott Cooper’s follow-up to Crazy Heart; Black Nativity, the first film in six years from the gifted Kasi Lemmons (Eve’s Bayou); and the South Africa–set crime drama Zulu, which was the closing-night film at Cannes. And this month he stars in The Butler, a drama directed by Lee Daniels (Precious, The Paperboy), based on the real-life White House butler Eugene Allen, who served eight United States presidents—the sort of inspirational-sounding, decades-spanning role that seems tailor-made to generate Oscar buzz. Ironically, his best shot at an Oscar may be a film he doesn’t appear in: Fruitvale Station, Ryan Coogler’s moving, fact-based drama about a young black man killed by California law enforcement officers, which Whitaker produced. (It won the Grand Jury Prize at this year’s Sundance Film Festival.)

So why is it that Whitaker, even with that Oscar, rarely gets mentioned in the same breath as Philip Seymour Hoffman, Johnny Depp, Sean Penn, or Robert Downey Jr., the American actors often cited as the best of their generation? Part of the problem is that it’s difficult for audiences and critics to wrap their heads around a talent like Whitaker, who blurs the traditional distinctions between “working actor” and “movie star” and between “chameleon” and “ham.” In appearance, temperament, and style, there’s never been anyone quite like him.

His distinctiveness might have something to do with his upbringing: Whitaker spent only a few years in Longview before his family moved to Los Angeles, but throughout his childhood he returned to his grandparents’ farm in the summers, and you can still detect a trace of the small-town boy in the slowed-down rhythms of his speech and the almost courtly manner he brings to many parts, even the bad guys (see his quietly menacing turn in David Fincher’s 2002 thriller Panic Room). Physically speaking, too, he resists easy categorization: a former high school football player, Whitaker maintains a husky, top-heavy build. But his left eyelid droops, a genetic condition that gives his face an off-balance, sometimes sleepy appearance. You couldn’t typecast him if you tried, which perhaps explains why he’s been equally convincing as a kindhearted plastic surgeon (in Walter Hill’s underrated 1989 noir Johnny Handsome), a bumbling undertaker’s assistant (in Bill Duke’s 1992 period film A Rage in Harlem), and a flamboyant gay fashion designer (in Robert Altman’s 1994 comedy Prêt-à-Porter).

At the same time, Whitaker doesn’t fade away, as the proper chameleon is expected to do. Quite the opposite, he begs to be noticed, by always behaving a little unusually, imbuing the ordinary with the outlandish, employing strange voices or cryptic smiles to lend deeper shading to his roles. He trained as a tenor at the University of Southern California, and indeed there’s an almost operatic scale to his performances; take another gander at the famous scene in The Crying Game where his character recounts the fable of the scorpion and the frog—brilliantly voicing both the scorpion and the frog—and you’ll see exactly what I’m talking about.

You might compare him to someone like Edward G. Robinson, an unconventional-looking character player who had the imagination to occasionally expand to leading-man grandeur. But Robinson never doubled as an industry mogul. Whitaker, on the other hand, has directed three films, including the hit Waiting to Exhale (1995) and the Texas-set Hope Floats (1998); worked hard to bring young black talents like Coogler to the fore; and championed documentary filmmaking (he was one of the producers of the Sundance Channel reality series Brick City, about Newark mayor Cory Booker). If he doesn’t seem to fit into any familiar Hollywood boxes, that’s because he just keeps inventing boxes of his own—and expanding them to fit his outsized talents.

As of press time, The Butler hasn’t been completed, so there’s no telling if this will be the Next Great Forest Whitaker Performance some of us have been waiting for. There’s reason to be hopeful: Daniels’s genre-busting sensibilities should be a perfect match for an actor whose career has been a gloriously unwieldy mash-up. On the other hand, there’s reason to be skeptical: mid-August is traditionally a studio dumping ground. Yet even if The Butler turns out to be a letdown, you get the sense that it’s only a matter of time before Whitaker’s star once again shines brightly. (He’s reportedly set to play Martin Luther King Jr. in an upcoming biopic.) If I had a genie’s wish or two, I’d ask to see him unleash his smoldering romantic side, which we haven’t seen since Bird, or team up again with Jim Jarmusch, who in Ghost Dog: The Way of the Samurai (2000) showed that Whitaker has a knack for droll comedy. Then again, maybe a better wish is for Whitaker to just keep working hard year in and year out, always doing the last thing we’d expect of him. 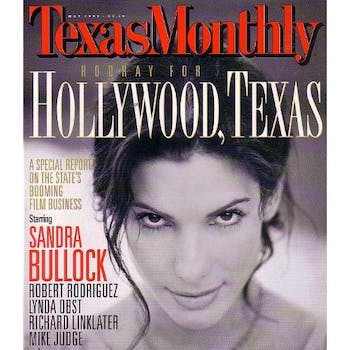 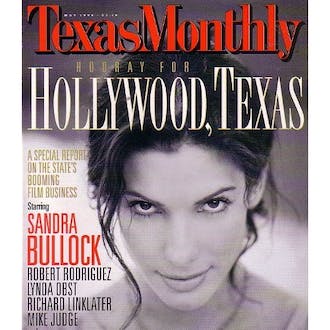