And sect leader David Koresh, ultimately, shared that goal—but unlike for his followers, recognition was more important than survival. Koresh’s desire to be heard was the only real bargaining chip the FBI had, but on day fifty, the FBI determined that the situation was no longer negotiable. Mitch Decker and Tony Prince sent Noesner away, they brought in barrels of CS gas, and they attempted to flush the Branch Davidians out with force. The FBI sealed the fate of 76 lives the day they decided they couldn’t listen anymore.

As Waco depicts it, surrender began to seem truly hopeless around day forty of the siege. Koresh was no longer communicating with negotiators, and the Branch Davidians had no means of communicating with anyone else. That is until a spark of hope came from the Dallas radio show that has appeared several times throughout the series. The use of Ron Engelman’s radio personality to toe the line between the FBI and the Branch Davidians has been one of Waco’s strongest tools. That’s thanks in part to the performance of Eric Lange, whose voice is perfect as a popular radio host, but also because the Branch Davidian’s radio serves as their last connection to the outside world beyond the FBI.

On Engelman’s show, the theologian James Tabor explains Koresh’s own theology to such a degree that Koresh, listening along with his followers, truly believes that Tabor understands him. Tabor explains to listeners that Koresh believes the Fifth Seal of Revelation was opened with the ATF’s attack on the Branch Davidians, and there will be a “little season of waiting” that culminates in a second round of bloodshed. To an outsider, that doesn’t sound great; to Koresh, it sounds like someone appreciates his message. After a caller suggests they could communicate through the radio show by having the Branch Davidians move their satellite dish—which David Thibodeau is able to do while Engelman is still on the air, Koresh declares excitedly, “We have communications!”

The sudden contact, however, doesn’t stop with a radio host. Steve Schneider and Koresh’s lawyers show up, demanding to have access to their clients. Once inside, they assure them that between the bullet holes and the recorded 911 surrender call, they have a good case for self-defense with a jury of their peers if they come out. Koresh calls Noesner: “I got my sign from God, Gary. We’re coming out.” (It’s almost the exact language Koresh used in earlier episodes to tell Noesner he wasn’t coming out after his nationally broadcast message was laughed at.) But before he leaves, he needs to finish his full interpretation of the Seven Seals. “I want to protect the message that we have going on in here,” Koresh says. When he goes to jail, there will be written documentation of his prophecy.

Noesner grasps at the lifeline while remaining weary of the estimated week it will take Koresh to write this manuscript. He wants Koresh to tell him clearly that after he interprets the Seven Seals, he will personally lead everyone out of the compound. Koresh rolls his eyes and smirks like he can’t believe this guy wouldn’t trust him: “A simple answer—yes, yes, yes,” he tells Noesner. “We have no intention of dying in here.”

As the Branch Davidians rejoice inside that they’ll be free of their confines soon, Prince and Decker grit their teeth at the news of another week spent in Waco for what they believe is a stalling tactic. Steve Schneider’s inability to hand over any sample pages of Koresh’s manuscript doesn’t help Noesner prove to them otherwise, even though inside the compound, Judy Schneider is furiously transcribing Koresh’s spoken message. She pecks on the typewriter with her already injured hand for so long that her fingers begin bleeding through their bandages, but Koresh won’t give her a break when she asks for one; he briefly glares in her direction, then continues to orate, unfazed.

Over its six episodes, Waco takes many strides to depict Koresh as human, but they never presume that he was harmless. Taylor Kitsch‘s performance paints Koresh with charm and conviction, but his narcissism and selfishness are never far from the surface. Steve Schneider begs Koresh to give him a few pages to keep the impatient FBI from doing anything drastic, but Koresh just screams back that he won’t be rushed: “This is going to be the most sacred revelation in human history, it’s gotta be right! You’ll get them when it’s done.”

Waco tells the tragic story of the Branch Davidians with such complexity and depth, it’s easy at times to hope that it could have had a different ending. But when Prince and Decker show up in U.S. attorney general Janet Reno’s office on day 48, it’s a stark reminder of where this is all headed. They tell Reno that the only option is to put tear gas inside the compound: “Once those mothers see their kids’ eyes watering like that, it’s game over,” says Decker. It’s a reasonable enough thought, but when he follows it up by saying that their intelligence shows the children are continuing to be abused inside Mount Carmel, when there is no such intelligence, we know he’d say anything to convince Reno that “there’s no other way to end this.”

Noesner is incensed. “It would be a war crime to use CS gas on a terrorist, and you think it’s a logical conclusion to use it on U.S. women and children?” he asks Prince, who then tells him that he’s gotten too close to the case and is being sent home. On his way out, Noesner tells his tactical peers one more time what he’s been trying to make them understand for fifty days straight: “You cannot remove these people by force. The more you push them, the more they think this is a test of their faith.”

But the last person who was willing to listen on either side just left the premises. On April 19, 1993, the FBI rolled its tanks up to the Mount Carmel complex and began punching holes in the walls with mechanical arms to flood the building with CS gas. Schneider yells for everyone to get their gas masks, and Koresh instructs the men to go to the chapel and the women to take the children to the cellar, the only cement room in the building. This is where we see so many characters that we’ve come to know over the last six episodes meet their end. Knowing that it’s coming doesn’t make it any easier to watching; knowing that it could have been prevented makes it worse.

Michele and Serenity are in the cellar that eventually turns into a tear gas chamber when the door gets blocked by debris from the tanks, and a tank arm floods it with gas. Rachel and Judy try to escape through the storm cellar but find the exit crushed to only a tiny opening. Graves yells over the PA system, “This is not an assault,” as the tanks rip into the walls, filling every crevice of the building with C2. Decker stands outside, wondering aloud why no one is coming out. As fires break out all over the building—a result of incendiary tear gas combined with knocked-over kerosene lamps, the series suggests—Koresh retreats to his office. That’s where Schneider finds him with a gun in his lap, and fire all around him; Koresh removes his gas mask, and hands the gun to his deputy; Schneider shoots Koresh in the head, and then himself.

Of the Branch Davidians we’ve gotten to know, only Thibodeau makes it out alive, and it’s his story, along with Noesner’s, that Waco has been telling for six weeks. After the compound has been burned to the ground, and the FBI and ATF have cleared out of Waco, and the Branch Davidians who escaped the fire have served a few weeks in jail, Noesner and Thibodeau find themselves sitting on parallel benches, waiting to give their testimonies in Washington, D.C. Before he goes in the courtroom, Noesner turns to Thibodeau as if to say something, but stops short of speaking.

In fact, the last ten minutes of the finale are almost entirely without dialogue. The visuals are stunning—hopping around from the FBI agents staring on at the horrific fire, to Noesner weeping in his home, to a beautiful, fiery sunset lighting up the central Texas planes as Thibodeau walks over the decimated compound—but time and time again, the characters who remain after the fire stop themselves short of  speaking. It gives an ominous feeling as if, after the loss of 76 lives that day, 25 of them children, there’s nothing left to say.

But Waco wouldn’t have been made if the Branch Davidian tragedy had been fully explored. The last spoken statement of the series comes from Ron Engelman’s radio show. He lists standoff after standoff that resulted in, “teargas; fire; death,” and yet the FBI had no plans to put out a fire if one erupted at Mount Carmel. Waco doesn’t exist merely as a re-creation of what happened at Mount Carmel, but as a reflection and a reminder of what happens when we stop listening; when we give up trying to understand each other. “We are—all of us—Americans,” says Engelman, ending his broadcast. “When did we start seeing each other as the enemy?”

Highlights from Texas Monthly’s coverage of the Waco siege:

The Ghosts of Mount Carmel by Michael Hall

The Fire That Time by Pamela Colloff 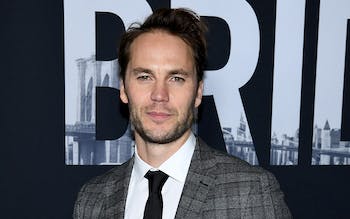 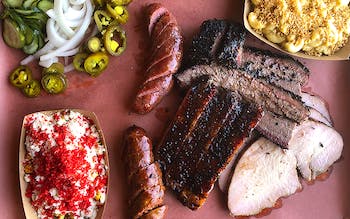