Houstonians have become pretty familiar with Michael Brown over the past twenty years. The founder of the Brown Hand Center became something of a local celebrity becasue of his television commercials. But in the past decade, the public spotlight has shifted onto Dr. Brown’s erratic behavior.

Brown is in the news yet again, this time for getting drunk and handsy at 30,000 feet in the air. The former surgeon was arrested for allegedly choking a flight attendant and threatening to strip naked aboard a British Airways flight from London to Miami Jan. 2.

An hour into the flight, Brown is said to have confronted a flight attendant and demanded a meal and wine before being escorted back to his seat, wrote KHOU-TV. According to court records, Brown later grabbed a second unnamed flight attendant by the arm and began making “rude sexual comments.” The amiable attendant informed her supervisor and the captain but continued to provide Brown service. When she attempted to give Brown his in-flight meal, he stood up, spilling the meal, and grabbed the attendant by her throat, squeezing. According to the criminal complaint, Brown asked her if she was a strong woman, to which the attendant replied she was not and asked to be released.

A second flight attendant attempted to intervene and Brown grabbed her, also by the neck. Brown then reportedly threatened to strip naked in front of the other passengers and made unspecified sexual comments about what he would do to the two women. After the flight crew was able to calm Brown, he slept in his seat for the remainder of the flight. Authorities arrested him after the plane landed in Miami, but Brown supposedly had no memory of the ordeal, telling police he is a “touchy feely person” but not violent.

Brown is a “former” surgeon; his license to practice medicine was revoked in 2006 after he tested positive for cocaine. However, he retains ownership of his multi-million dollar business, wrote Brian Rogers for the Houston Chronicle. Drugs also supposedly fueled his recent sky-high antics.

“He was on medication at the time,” said Robert Hantman, Brown’s attorney. “He was served a couple of drinks and had a negative reaction to it.” According to Hantman, the drug in question is Restoril, an insomnia medication. Alcohol is known to amplify certain side effects of Restoril, which include confusion, unusual thoughts or behavior, and aggression. Hantman claims Brown has trouble sleeping due to stress from an ongoing legal battle. Brown is fighting for custody of his children following charges of assault against his fourth wife, Rachel Brown, of which he was found not guilty in 2011.

Despite being acquitted of his most recent assault charges, and his claims to be a nonviolent person, Brown certainly has a history of accusations to the contrary. In January 2001, he was arrested for allegedly assaulting his third wife, Darlina. The episode was just one occurrence in a harrowing tale of alcoholism, drug abuse, and violence that was chronicled in a lengthy expose by Tim Fleck for the Houston Press in 2002.

For his most recent infraction, Brown is charged with intimidating and interfering with the duties of a flight attendant, a federal offense. 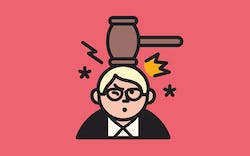 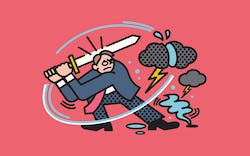 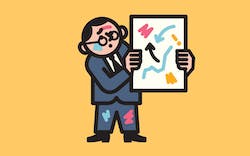