On April 3, Khalid previewed his sophomore album, Free Spirit, as part of a one-night-only event in movie theaters across the country. It was a sign of how far the artist, who was an Americas High School senior in El Paso dreaming of someday attending the Grammys just a few years ago, has come. The nationwide listening party was a two-for-one deal—in addition to hearing the album in its entirety, fans were also treated to a big-screen viewing of the album’s accompanying short film, built around the same themes that Khalid has invested so much of his creative energy in as a musician.

Free Spirit, the movie, is a 40-minute slice of vérité-style filmmaking. Stylistically, it has a lot in common with recent successes like The Florida Project or Skate Kitchen. The film is built around a group of friends finishing high school who decide to escape their small town by embarking on an indefinite road trip through a part of the country that looks a lot like West Texas. Khalid, who looks nervous most of the time he’s onscreen, cast himself as a supporting character on the journey, while the story revolves around the love triangle of Ladybug (played by Dizzy Fae), Marcus (Judah Lang), and Trey (Jahking Guillory). The film meanders—it’s light on plot, heavy on visually interesting settings and building tension between its leads. As much of Khalid’s music does, it focuses on the themes of youth and friendship, and how the uncertainty of growing up is eased by developing a community. That narrative is interrupted throughout by documentary-style talking head interludes where the characters answer questions like, “what is happiness to you?” When the film takes on a heavier tone, it mostly serves to set up the darker directions that the album Free Spirit ends up going.

Releasing an album with an accompanying short film is an industry power move these days. It’s a way for an artist (and their label, which funds the project) to announce that they’re releasing an Artistic Statement, with capital letters. Beyoncé’s Lemonade, Janelle Monae’s Dirty Computer, and Drake’s Views were all accompanied by short films. It’s what the surprise-drop album was five years ago: an artistic flex that differentiates a release from the rest of what’s coming out on any given Friday. It makes sense for Khalid, who was the #4 most-streamed artist on Spotify in March, to drop the much-anticipated followup to American Teen in a big way.

The album itself is the sort of pop statement that befits that big-release treatment. Khalid’s appeal on American Teen and the subsequent collection of hits that he’s lent his voice to is his ability to combine the left-of-center draw of contemporaries like Frank Ocean with the effortless pop hooks that seemed to come as naturally to him as a seventeen-year-old writing songs in his room as they do now, as a superstar working with the biggest names in music. His lineup of collaborators on the album is impressive—in addition to the already-released single “Talk,” which features production from the superstar electronic duo Disclosure, Khalid’s team on Free Spirit includes Norwegian production team Stargate, hip hop super-producer Hit-Boy, indie rock icon Father John Misty, and John Mayer. Each of them brings something different out of Khalid’s songs. The Hit-Boy collaboration, “Self,” finds Khalid tapping the lower end of his baritone over stomping drums and plucked, high-pitched strings, while “Heaven,” with Father John Misty, is a cinematic, swelling piano ballad.

The album is long, at seventeen tracks, including two (“Better” and album closer “Saturday Nights”) that appeared on Khalid’s Sun City EP in 2018. Introducing each song during the theatrical preview of the album, Khalid expressed the same sentiment before almost every one: “I really love this song,” or “This is one of my favorite songs on the album.” The songs are personal, despite a slew of co-writers throughout the album, and the anxieties he expresses go beyond those you’d expect from an artist who went from unknown to superstar at such a young age. There are the typical “perils of fame” songs, like the uptempo-but-decidedly-downbeat “Hundred,” where he sings about how “everybody wants a favor, everybody needs me,” but there are also sentiments like he expresses on “Talk” and “Right Back,” where his version of romance involves telling a prospective partner “we ain’t gotta stay the night” and “can’t we just talk?” It’s hardly a surprise to hear the early-2000s-era emo guitar that washes over the title track.

Free Spirit trades some of the youthful exuberance of American Teen for a little more soul-searching. Even aside from Khalid’s fame and success, the years between your late teens and your early twenties are big ones. Free Spirit isn’t exactly an example of musical maturity, but it’d be silly to expect that from a 21-year-old artist. Instead, it sounds like he’s trying to find himself, experimenting with different musical identities in the same way that Marcus and Ladybug in the Free Spirit short film play with who they want to be. It feels honest, it sounds good, and it’ll still get stuck in your head.

Near the end of the theatrical preview of the album, Khalid answered a question from the camera: “What does ‘free spirit’ mean to you?” His answer was a little bit fumbling, and he acknowledged that he wasn’t there yet—but when he got there, he knew it would feel amazing. The album sounds like someone trying to get closer to it. What more could you hope for from a 21-year-old artist who is growing up in public? 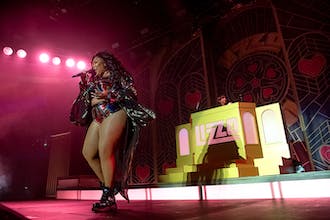 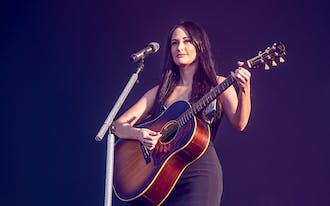 Kacey Musgraves Speaks Out On Gun Reform at Lollapalooza