As a means to the end of lording over the entire literary canon, the University of Texas’s Harry Ransom Center recently acquired the papers of T. Coraghessan Boyle, the California writer who often chronicles idiosyncratic Baby Boomers and their exploits.

Boyle decided to unload his personal papers in part because of the vulnerable state of his 1909 Frank Lloyd Wright house on the Santa Barbara coast, Jennifer Schuessler of the New York Times reported, referencing a 2003 op-ed column Boyle wrote for the Times in which his contractor warned him of impending wildfires. “I thanked him for his sanguine view and hired someone else, but I’ve never forgotten his prophecy, delivered matter-of-factly and without malice: the sun will shine, the wind will blow, your house will burn,” Boyle wrote.

Given this precarious living situation, it’s not surprising that Boyle became enamored by the Ransom Center’s meticulous preservation methods on a recent visit to Austin. He wrote about his peek inside the Ransom Center for the New Yorker‘s Book Bench blog, beginning his post with an anecdote about his 1993 short story “Filthy With Things,” a tale about a packrat couple who hires a professional organizer to clean up their lives. The Ransom Center performed a similar function for Boyle by taking 43 boxes of papers off his hands this March.

Later in the post, Boyle turns his focus on the Ransom Center’s “freezer.”

On one of the many levels, with their mechanized shelves and climate-controlled atmosphere, there sits a deepfreeze the size of a small house. All suspicious incoming archives are deposited here and subjected to an alternating series of quick freezes (at minus twenty degrees centigrade) and gradual thawings, so as to protect against mold, insects, and any other living organisms that may have inhabited the late archivist’s living quarters. One of the book conservators even goes by the appellation of ‘The Bug Lady,’ reflecting her training in entomology. I think of all that precious, friable, impermanent, and biodegradable paper and what certain species like the booklouse, the silverfish, and the cockroach might want to do with it, not to mention the lower forms of life. (I was praised by the staff, incidentally, for having delivered a particularly clean archive, sans insects, rodent feces, or the various substances that typically stain manuscripts—coffee, marinara sauce, and blood being the most likely culprits.)

The Ransom Center is collecting the papers of Boyle and other living writers because it wants to “play a role in literary-canon formation,” Tom Staley, the center’s director, told the Atlantic’s Anne Trubek. Essentially, the Ransom Center is hedging its bets on the careers of writers in their future deaths.

While this specific mission is new, it is in the spirit of what Harry Huntt Ransom envisioned as the center’s purpose: “The idea that the Ransom Center would place its institutional thumb on the scales of history traces back to 1956, when Harry Huntt Ransom, a dean at the University of Texas, called for a library both ‘historic and prophetic,’ to conserve the past and shape the future,” Trubek wrote.

How does Staley decide whose papers to scoop up? “Constantly on the hunt for the next big name, Staley solicits recommendations from academics, book reviewers, and other authors,” Trubek wrote. “But he’s also interested in the reader on the street. Spotting an undergraduate reading Langston Hughes’s poetry on campus one day, Staley asked which other poets the student read, and jotted down the names. The center maintains a list of 600 authors whose careers it is ‘keeping watch over.'”

By Texas Monthly and Michael Hoinski

This Man Made Austin Home for a World-Class Literary Archive 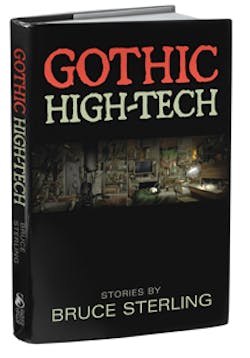 The Man Who Knows Too Much 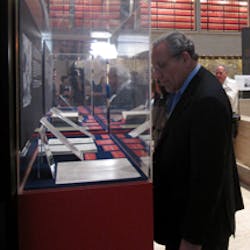