Selena is an icon whose legend has only grown in the decades since her tragic passing. She’s a wax figure at Madame Tussauds; she’s a figure on Drake’s t-shirts; she’s the namesake of Selena Gomez; she’s a Barbie doll. Selena is still everywhere — including H-E-B shopping bags.

The limited-edition bags, which feature a print of the singer behind the words “Queen of Cumbia” in pink lettering, went on sale on Friday morning. People went nuts for them. How nuts? Texas Monthly assistant editor Christian Wallace warned the staff that, after learning that the store in San Marcos — where people lined up for an hour before opening — was out of bags, he called every H-E-B from New Braunfels to Round Rock to see if they had any left. They were all sold out.

Sadly, online shoppers weren’t much better off. The bags became available at HEB.com at noon, and the website promptly crashed. (Shoppers looking to get groceries delivered were out of luck, thanks to the Queen of Cumbia.) The internet, predictably, lost its mind.

Now, if you want a Selena shopping bag — which is to say, a bag made out of recycled materials, much like the other $2 bags you’ll find at the checkout of your local grocer, but with Selena on it — you’re going to have to pay big bucks. As of this writing, 71 bags so far have sold on eBay via the “Buy It Now” feature, ranging in price from $100 down to $20 (the latter price clearly accepted by suckers who don’t know pink gold when it’s in their hands). There are more than 100 open auctions as of Friday afternoon, and prices on the auction listings are quickly climbing, with hours to go before the items close.

H-E-B has not yet announced if it plans to produce more of the bags. At the moment, whoever runs the grocery chain’s social media is busy apologizing to irate tweets from fans who didn’t get theirs in time, promising to deliver the feedback to the Selena Foundation. But since there’s clearly a huge market, they really ought to follow Shea Serrano’s advice and print an additional 100 billion — and then promptly sell all of those, too. 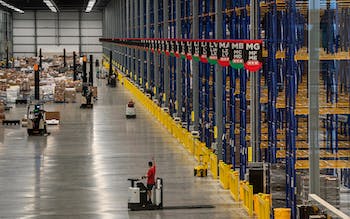 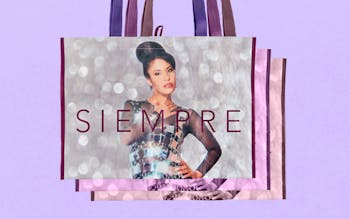 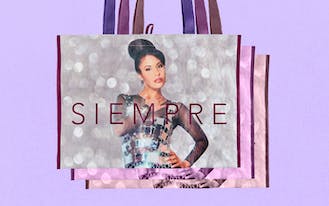 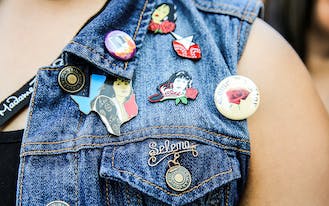 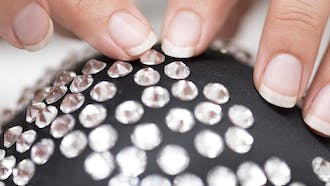 There Is A Selena Wax Statue Going In At Madame Tussauds