HBO’s His Dark Materials, which premiered earlier this month, faithfully adapts the beloved British young-adult fantasy series of the same name. Both the show and the books mostly revolve around a clever eleven-year-old girl named Lyra as she solves the mystery of who her parents are, and what the powerful religious organization known as the Magisterium has to do with a series of kidnappings involving children her age. The series is set in an alternate reality where everyone is born with a talking animal companion, called a daemon, that’s the embodiment of their true self. The tale begins in England, before venturing to a region described as “the North,” which likely refers to the Arctic.

One of the book series’s most beloved characters—Lee Scoresby, described in the book as a “Texan”—becomes one of Lyra’s key allies in her journey. Scoresby makes his first appearance in His Dark Materials on Monday night, in the show’s fourth episode—and the actor portraying him is, famously, a New Yorker. In HBO’s telling of the story, Lin-Manuel Miranda wears the duster and carries the revolver of the the heroic Texan.

But “Texas” means something different in Lyra’s world on His Dark Materials, even if it’s never quite explained. We know that it’s a nation located below “New Denmark,” roughly where much of the U.S. is located in our world. The boundaries of the two are vague, and we don’t learn much about life in this alternate version of Texas, either.

Scoresby, in the books, comes off as a worn-out cowboy. His daemon is a bunny, he’s self-assured and confident, and he pays his debts. In the movie adaptation of the series’s first book, 2007’s The Golden Compass, the actor cast to play the character is exactly the type you’d expect to see: Sam Elliott (actually an Oregonian), who speaks in a drawl and looks like he stepped out of any Western shot after 1964. In the 2007 version of the story, the Texan is an older white guy with a Stetson on his head, a pistol on his hip, and cowboy boots on his feet. Elliott embodies that version of Lee Scoresby perfectly, and is one of the best things in a film that was otherwise a critical and commercial flop.

But that’s not the only way to imagine what “Texan” might mean, and the choices made in HBO’s telling of the story are intriguing. In his first appearance, Miranda’s version of Lee Scoresby plays on a lot fewer of the cowboy tropes than author Philip Pullman drew from in the books. He doesn’t attempt much of a Texan accent (and when he does, the results are mixed). He’s noticeably less broken-down and worn out than the old cowboy type the book suggests, and he doesn’t go for the John Wayne aesthetics. His coat has a fur collar (sensible in the Arctic), his hat has a narrow brim and is worn jauntily askew, and his boots have laces. And, of course, Miranda—whose family is Puerto Rican and Mexican—is not white, which deviates from the typical Western hero on screen who carries a gun on his hip, wears a long coat and a hat, and seeks justice.

When it comes to making sure that the iconic Texans we see on screen more accurately reflect the array of people who’ve had adventures throughout our state (not to mention the fact that the first cowboys were vaqueros), a fantasy series is a fun place to start. And if Miranda deviates from the character of Scoresby in other ways—in the books, Scoresby is at least twenty years older than the version 39-year-old Miranda portrays—that just opens up other storytelling possibilities for a show that, in its first four episodes, has proved willing to make creatively fruitful changes to the source material. (Pullman, addressing fan concerns about the changes, said he approved of them as a way to address “the pacing, the rhythm of the storytelling,” which he described as “the most difficult thing” in bringing his books to the screen.)

Miranda’s Lee Scoresby is an archetypal Texan through and through: He’s loyal, brave, and defiant, willing to start a fight or piss off the wrong person if it’s for the right reasons (And his daemon is voiced by none other than Texan comedian Cristela Alonzo). In every version of the material, Scoresby lands in the North to pay off a debt to a friend, and—like the Western heroes he’s intended to recall—he ain’t leaving till he’s done it. Unlike Sam Elliott’s version of the character, though, he’s also willing to lose that fight along the way. Miranda’s casting, as an actor who’s never been known for playing tough guys, adds a layer of complexity that gets lost in the full Clint Eastwood stereotype the character could have been. This Lee Scoresby is less of a Lone Ranger or Walker, Texas Ranger than an everyman, Indiana Jones type, grounded in a way that proves his courage.

The character has been a fan favorite for years because of his heart, and Miranda’s interpretation of the character wears that on his sleeve. You’re not a hero if you only ever get into a fight you know you can win, and there’ve been plenty of great Texans throughout the years who found themselves on the receiving end of an ass-whupping, after all. In His Dark Materials, we also get to see that what makes the Texan a hero is that he gets back up and keeps doing the right thing. 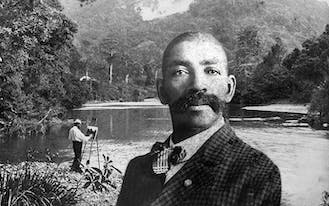 Bass Reeves Finally Gets His Hollywood Moment in HBO’s ‘Watchmen’ 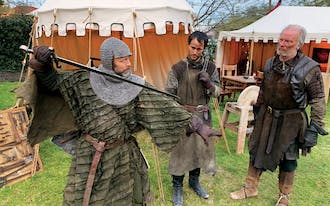 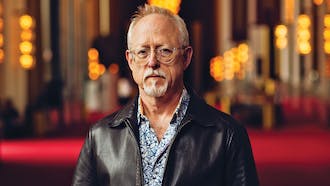