From the Willie Issue Subscribe
This essay is part of a special project devoted to Willie Nelson where you'll find more essays about the Red Headed Stranger, our new podcast “One by Willie,” an animated rendition of "On the Road Again," and a ranking of all his albums. Learn more about the special issue, too.

My parents came to the United States in the late eighties from their native Colombia, and as my family moved from New York to Maryland and then down to McAllen, Corpus Christi, and Houston, we tried to make sense of the gnarled interplay between assimilation and staying true to our culture. We spoke Spanish at home and ate arepas, but we also embraced Memorial Park and homecoming mums. Still, despite our best attempts to learn about Texas, Willie Nelson’s music barely popped up on our radar.

Then, when I was thirteen, a friend asked if I wanted to go with her and her mother to see Willie perform at the Houston rodeo. Though I had only a vague idea of who Willie was, I agreed, mostly because I wanted to eat fried Oreos. I don’t remember much about the music I heard that night, but I clearly remember the feeling of reverence for Willie that coursed through Reliant Stadium, palpable even from our seats near the back of the arena.

In my early twenties, as I became a serious music fan, I realized that Willie was an important figure whose work I should familiarize myself with. But where to start? There were so many Willie albums—dozens, maybe hundreds, depending on how you counted them. It was too overwhelming, so I didn’t even try.

But then one night five years ago, I watched my brother, Luis, take the stage in a New York City karaoke bar and bust out a formidable version of “Mammas Don’t Let Your Babies Grow Up to Be Cowboys.” Somewhere along the way, without my noticing, my baby brother had become a country music fan with a serious jones for the favorite son of Abbott, Texas.

My interest was piqued, but it wasn’t until last year, when I moved back to Texas after a decade on the East Coast, that I finally decided to dive into Willie’s massive discography. To help me with that project, Texas Monthly’s resident Willie expert, John Spong, created a chronologically ordered playlist of ten Willie cuts that he thought would make a Willie convert of me. Spoiler alert: It worked.

“Funny How Time Slips Away” 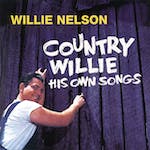 This song—one of Willie’s most famous, I’ve learned—is so great that even the outdated Nashville arrangement can’t sink it. A tune about reencountering an old flame can easily slip into either a played-out revenge narrative or a saccharine rekindling story, but on this plaintive track, Willie gives a former lover a matter-of-fact update on how he’s doing and ends with a bite of saltiness. 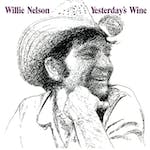 A tribute to Willie’s great friend, his longtime drummer Paul English, this song about life on the road reminds me of the steps a horse takes as it’s picking up speed. “Me and Paul” starts off with an unassuming acoustic guitar, not unlike a steed’s slow walk along a dirt road. Then a touch of percussion takes listeners into a trot, and the guitar licks get more complex, steadily building into a canter. By the time a dobro joins the mix and a nimble piano solo enters, the song has evolved into a full gallop, and we’re off to the races. 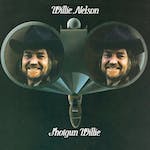 I didn’t know Willie had a song this unconventional in him; the blustery horns, tinny piano, and goofball lyrics about sitting around in your underwear make it a particular oddity—and an intriguing listen, at least at first. Still, Willie’s casual reference to his buddy who sells sheets to the Ku Klux Klan is disconcerting, to put it mildly. Maybe that’s why “Whiskey River” gets more jukebox love. 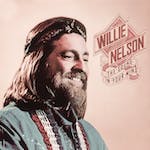 The Sound in Your Mind
Columbia, 1976

This sweet song, in which Willie sings of his devotion to his beloved, knocked me back with its implausible combination of sincerity and eccentricity. Written by Steven Fromholz, a future Texas poet laureate, it sounds like the best kind of love letter reads, self-aware and full of emotionally naked admissions: “I know I’ve done weird things / I told people I heard things / When silence was all that abounds,” Willie confesses, as a lonesome harmonica warbles behind him. And then there’s the verse about getting down on your knees and watching ants as they crawl on the ground. I’ve listened to this track more times than any other on this list. 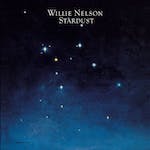 Years ago, my father read somewhere that lava lamps had restorative qualities, so he bought several of them and doled them out to family members. I rolled my eyes at the time, but during a recent bout of insomnia, I soaked in the bubbling neon glow of my lamp and put on Willie’s cover of this classic Hoagy Carmichael song, which is just as shimmering as its title might imply. Even when reminiscing about past pains, Willie is genuinely reassuring; his version of “Stardust” is a balm, a hot cup of green tea, lemon, and ginger swirled around in sonic form. The not-so-secret ingredient: Stax Records legend Booker T. Jones’s ghostly organ, hovering in the background of this lullaby. I fell asleep not long after the song ended. 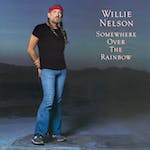 (With Freddy Powers)
Somewhere Over the Rainbow
Columbia, 1981

No disrespect to Willie or to Freddy Powers, a Texan who wrote some of Merle Haggard’s biggest hits, but this one fell flat for me. The two are accomplished vocalists, but the energy level on the track lags. Listening to it reminded me of being dragged to a party when I’d rather have spent the evening on my couch. 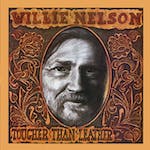 I’m not much of a two-stepper—most of my dance partners politely dump me on the other side of the dance floor after one song—but listening to this delicious tune about karmic justice while COVID kept me housebound made me miss putting on a pearl-snap shirt for a Friday night at the honky-tonk. 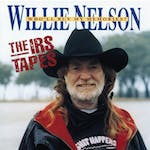 Given how ageless Willie has long appeared—look at photos of him from the sixties and seventies; he actually seemed to grow younger during the latter decade—it’s striking to hear him, at a relatively youthful 58, sing plainly about coming to terms with getting older. (And odder still to think that he first recorded it in 1971, when he was 38.) Admittedly, the song’s lyrical gambit—comparing the process of aging with the merits of fermenting grapes—is little more than a variation on a cliché. But this no-frills performance, with just Willie and Trigger, is so earnest you barely notice how many times you’ve heard the sentiment before. 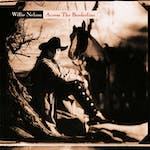 (With Bonnie Raitt)
Across the Borderline
Columbia, 1993

A breakup duet featuring two heavyweights offers twice the heartache, with Willie and Bonnie Raitt each recounting how painful it is to get through the days when you’ve just fallen out of love. Though Raitt’s voice takes center stage here—as it should—I love the way the two sing together, their collective heartbreaks detailing the wrenching steps it takes to finally move on. 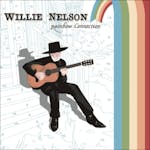 One recent Sunday evening, I was out walking in my South Austin neighborhood when the heavens opened up. I scurried over to the nearest house, shivering under its eaves as walnut-size hail pelted the streets. As I waited out the storm, I decided to listen to Willie’s cover of Paul Williams’s The Muppet Movie classic, “Rainbow Connection,” through my earbuds. I wasn’t surprised that Willie elevated a song that many had regarded as a novelty, but what really struck me was Trigger’s performance. Though I’d heard for years about the legend of Trigger, it wasn’t until that moment that I understood why Willie’s guitar is spoken of less as an instrument and more as an entity. Maybe a piece of hail had hit me on the head, but I swear that just before the second chorus, Trigger exhaled at the exact same moment that Willie drew in a breath of his own. Halfway through the song the storm eased up, so I ran out to the street once again. There was, alas, no rainbow in sight, but as a small stream formed in the gutters beside me, Willie and Trigger guided me home.

This article originally appeared in the Willie Nelson special issue with the headline “Me & Willie.” Subscribe today.