Three years ago, Tony Smith was happily committed to a desk job in finance. But his mind often wandered to childhood adventures in tinkering, like restoring a 1966 Corvette with his dad and learning to use the anvil he received for his twelfth birthday, when he had dreams of becoming a blacksmith. “My day job is a great job, but I wanted to reconnect with the ten-year-old version of myself, who spent all day outside, building forts and working with my hands,” says Smith. While browsing in a bookstore, he found the inspiration he needed in the form of a how-to guide on building a wooden canoe. He got to work right away, and soon he, his wife, and their pet vizsla were taking his finished boat out on Austin’s Lady Bird Lake. Rowing along, watching people glide past on stand-up paddleboards—an activity he had fallen in love with on his honeymoon, in Costa Rica—Smith quickly realized what his next project would be. He made his first wooden paddleboard in 2012 and officially launched Jarvis Boards shortly thereafter, giving the business his middle name. Today he works seventy-plus-hour weeks, juggling his desk job with his board-making. “I am in my shop from eight p.m. to midnight and can’t wait to do it the next day,” he says. “This doesn’t feel like work.”

Why are you drawn to paddleboarding?

I love the sensation of standing on the water. I’ve canoed a decent amount, but this gives you a much better view of where you’re going and what’s underneath the water’s surface. It’s also a phenomenal workout, without feeling like a workout.

Why did you decide to start making wooden paddleboards?

I thought I could build a better paddleboard than the plastic imported models that I saw on Lady Bird Lake. And when I told people what I was doing, their enthusiasm really spurred me on to keep building boards until I had a design that I could be proud of, one that was not just prettier but truly better than the plastic ones.

Are the boards heavy?

Everyone assumes that they weigh a million pounds. But the core is Styrofoam, and then because the wood exterior is so strong, you don’t have to use as much resin and fiberglass. So they end up being as light as, if not lighter than, many of the traditional boards on the market. My first iteration probably weighed 90 pounds, but I’m down to 23 pounds now.

What do you love about working with wood?

I love the way it smells. I love the way each piece of wood, and consequently each board, is unique. I love the way the wood is so silky-smooth after it’s sanded. The biggest reason, however, is probably nostalgia. The first surfboards were wood, and before that, people have been making floating craft from wood since the beginning of time.

Do you have a favorite type of wood?

I love working with cedar. It’s lightweight and machines and planes really well. Unfortunately, it makes me sneeze, but it is just a joy to work with.

What is your favorite part of building a board?

Toward the end of the process, the board is coated with a thin layer of resin. By then, you’ve spent hours sanding, shaping, and building the board, and up to that point, it looks a bit dull. But when the resin hits it, the wood comes to life! For the first time, you can really see the uniqueness of the grain, and you know what that particular board is going to look like.

How does your background in finance affect your business?

I feel like a lot of people who start businesses in the craft/artisan world aren’t always thinking about it from a long-term perspective. Having that background helps me think about how to grow it. I am never focused on just building one paddleboard today.

For more information, go to jarvisboards.com.

Tags: Made in Texas, Austin 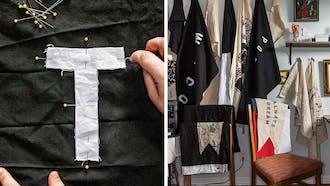 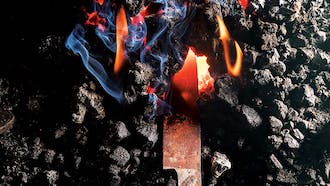 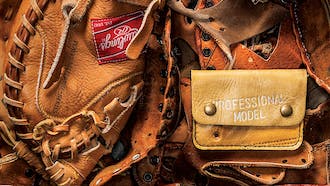