Bailey, who has been a nurse since 1991, grew up in Liberty. She has worked at Hospice Austin for fourteen years and spends each week visiting with patients like Irma Lagunas.

I became a nurse after a friend of mine was diagnosed with breast cancer. I was in New Orleans at the time, and she lived around the corner from me. She didn’t have family in town, so I ended up being her primary caregiver. As she neared the end of her life, I would take her back and forth to treatments, bring her food, and keep her company on days she wasn’t doing well. After she died, people said to me, “How did you do that? It must have been so difficult to care for Allie during that time.” My answer was simply that it had seemed like a natural thing to do. Another friend asked, “Well, did she have hospice?” And I said, “No, what’s that?” That’s how I found out there is a profession that takes care of people when they’re dying. I pretty much went down to Louisiana State University that very day and tried to get into nursing school as fast as I could.

Back then hospice care was still new in the United States, so I didn’t hear much about it in my classes. When I graduated, in 1991, I first worked in labor and delivery. But after about two and a half years, I left New Orleans and eventually ended up in Austin, where there were no labor and delivery jobs open. So I thought, “Well, maybe this is the time to start my hospice career.” I went to work for Hospice Austin in 1995.

It is remarkable to me how birth and death are practically mirror images of each other. The way a mother labors to give birth and the way you can labor when you die—they look the same. Birth and death are also two of the most intimate times to be involved with a family. They are at their most vulnerable, needy for a guide to help them bring their baby into the world or let their loved one be birthed into this other realm of mystery.

My kids like to joke and call me the “angel of death,” but you know, death is only a part of this job. In hospice, the emphasis is really on life, on living every day to its best and fullest until your energy runs out. We had two separate cases recently where patients said, “Okay, I’m ready to die now. You can go get me the drugs to speed this along.” We had to explain that we don’t do that. That’s a misconception I deal with all the time. People think, “Oh, God, if we call hospice, that means we’ve given up.” But if anything, hospice gives you more hope. You get relief from painful symptoms, an immediate support network, and a better quality of life. Often you’ll end up living longer. Remember [humorist] Art Buchwald? He went into hospice thinking he’d die from kidney failure, and they ended up having to discharge him.

Most of my work takes place in people’s homes. My biggest role at Hospice Austin has been as an on-call nurse, when from 5 p.m. to 8 a.m. you take phone calls from patients who are at home, and if someone is having a physical issue, you go visit. You take anywhere from fifteen to thirty calls and make two or three visits a shift. Sometimes the patient just wants to talk to the chaplain or a social worker, so you connect him or her with the right person. Other times your job is to solve those immediate problems: pain, shortness of breath, nausea, vomiting. Usually you’re able to do that, and then you see immediate relief. The patient’s fear goes away. You also spend time with friends or family members and reassure them that they are doing all the right things for their loved one.

It seems that when people die, it is most often at night, so a big part of the on-call job is also to pronounce the patient, notify the doctor, and call the funeral home. These days I have been working part-time teaching younger nurses and making supervisory visits, so I’m not with patients as much; I scaled back my hours when I became a grandmother. But it’s still busy; I see about four people a week. The best part is always being at a bedside. You do a lot of listening and get to hear fabulous stories. There’s a distinct outlook someone has when he realizes he has limited time left. The little things, the superficial chitchat, don’t matter so much.

People die like they’ve lived. If it’s been a hard-paced and contentious life, they kind of die the same way. Others exit with a lot of grace. In hospice care we talk about good deaths and bad deaths. Being serene, I think, has to do with whether you’ve thought about dying and whether you’ve had some sort of spiritual path. Another big factor is whether you’ve reconciled with whomever you’ve had difficulties and don’t have unfinished business. It’s amazing how the will hangs on. Recently I’ve seen several patients who are barely there physically—you wonder how in the world they’re still breathing—and it’ll turn out they have a child or a brother in the war and they’re waiting for him to get back and say goodbye. When he finally makes it back, they’ll die peacefully, maybe within minutes.

There’s often tension among family members, so we’ll coach them on how to provide the right environment. Once, I got a call saying, “Mama is close to dying, and we don’t know what to do. Please come check.” When I got there, Mama was perfectly comfortable, but the family was scared and worried. So I told them to gather around the bed, and I said, “Start talking. Tell her how much you love her, what you remember from childhood, some stories.” They started talking and touching her—it was a couple hours or so—and she died calmly. Another time I was with a family whose baby was dying. She was about two and a half. Her mother and her sisters and aunts were all in the room together, and they were singing. It was sort of spontaneous. They would pass her around and take turns holding her. And this baby was just as peaceful as she could be.

As a professional, you try not to show your emotions when someone loses a loved one. But you can’t not feel their grief. That’s why we get together for meetings—the nurses and the chaplain and the social workers—to decompress and tell stories and talk about the sad things that can happen. It’s to relieve the stress. But I think about how I’m going to be when it’s my time to die, and I can tell you that I’m not fearful of it, that I almost look at it as another adventure. Death is the greatest of the mysteries. I think it’s going to be a wondrous thing.

Share
Tags: The Culture, Working Life: Stories from the 9 to 5, Medicine 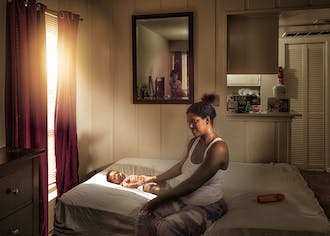 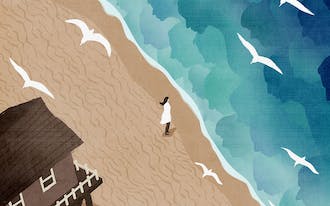 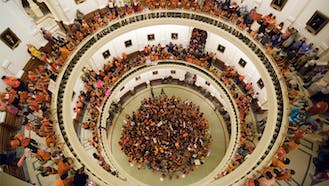 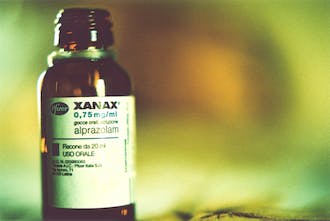