There’s no shortage of music festivals in Texas. The state hosts SXSW, Austin City Limits, the touring JMBLYA Fest, San Antonio’s Mala Luna, El Paso’s Neon Desert, Dallas’s Homegrown, and Fort Worth’s Fortress Festival, among others. The ground is also littered with festivals that failed to make it, even with the backing of high-level, experienced industry veterans—Houston’s In Bloom, from ACL promoters C3, lasted just one year, while Austin’s Sound on Sound, from the people who found room in a crowded market for a successful run with Fun Fun Fun Fest, had its second edition abruptly canceled in 2017.

Anybody launching a new music festival in Texas has to consider a crowded market, what led other fests to fail, and find a compelling reason to start a financially risky endeavor. Today, the Jerry Jones family became the latest to take the plunge.

Jones and his children, who make a ton of money from the Cowboys, will bring Kaaboo to AT&T Stadium in May 2019. This isn’t the cold launch of an all-new festival—Kaaboo has been operating a fall fest in San Diego since 2015, and this February, a version of the fest will take place in the Cayman Islands. Jones’s involvement, though, signals a Texas-sized engagement in the market, with a bill full of artists who have sold a whole lot of records.

When those records were sold tells us a lot about Kaaboo’s target market. The headliners at the top of the bill are The Killers, Kid Rock, Sting, Lynyrd Skynyrd, and Little Big Town (with one more act TBA). All of those artists except maybe Little Big Town can safely be described as legacy acts—the last Killers single to crack the Top 40 was more than a decade ago, and all the others started their careers in the last century—which is a swerve from the usual festival approach of including a few older acts who have established audiences alongside younger, more relevant acts that today’s fans are excited to see. But the rest of the bill doubles down hard on this strategy, offering a billing that feels straight out of 1995: Counting Crows, Alanis Morrissette, Ms. Lauryn Hill, Joan Jett, Garbage, the B-52s, and the Violent Femmes, all on the same weekend!

The relatively square lineup illuminates where Kaaboo sees its place in the crowded festival market. People who are excited to see Kid Rock and Lynyrd Skynyrd are not necessarily the same people who want to see The Chainsmokers or Zedd (who will headline next month’s Kaaboo Cayman), but they probably don’t mind a few old Collective Soul or Los Lobos songs. Festivals like ACL and SXSW pride themselves on introducing fans to new artists, but the younger acts on the Kaaboo stages are in tiny print rather than at the top of the bill.

The festival’s website makes this target demographic of aging North Texas Gen-X’ers even more explicit. The “Event Overview” page opens with, “Kaaboo is everything a typical music festival is not.” How is it different? Don’t expect a Fyre Festival-like list of supermodels and A-listers. Rather, it’s a practical exhortation of the amenities Kaaboo offers: an “anti-dirt event” with “ample seating areas” and “pleasant potty-time” at a fest that is “not too young and rowdy.”

The lineup should help with that. Being grown-up focused is part of Kaaboo’s brand, but the Texas edition is laying it on especially thick. At Kaaboo Del Mar, in San Diego, they promised that the crowd was “not too adolescently manic,” but the 2018 bill was still clearly meant to appeal to millennials—Imagine Dragons, Halsey, Post Malone, Gucci Mane, and Katy Perry all appeared in bold type alongside a handful of legacy acts. In Arlington, though, they are all-in on the “X’ers with money” push, hammering home that concertgoers will be among adults who want to whiz in comfort while they anticipate the opening notes of Kid Rock’s “Bawitdaba.”

The attendees will be paying a commensurate fee for the opportunity. General admission passes to Kaaboo start at $299 (with another $26 in fees), but that just gets you in the door. If you want a premium experience at Kaaboo, there are a variety of them available. The entry-level VIP pass (“Blue Star”) starts at a little over $1,000 after fees. The “Rock Star” pass, including a golf cart to get around, free food, front row seats, and meet-and-greet opportunities with “select Kaaboo talent,” costs $4,199 (plus $140.95 in fees). Add in backstage passes, onstage viewing, a dedicated concierge, a private chef, and a weekend-long open bar, and it’ll set you back $20,000.

Below the top tier, the pricing levels aren’t dramatically different than you’d see at a three-day fest like Austin City Limits. Will there be tens of thousands of people who want to pay ACL-like prices—and enough who shell out for the various VIP experiences—to see artists whose cultural relevance peaked 15 to 40 years ago? That’s what the Joneses are betting on. 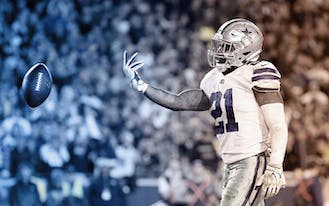 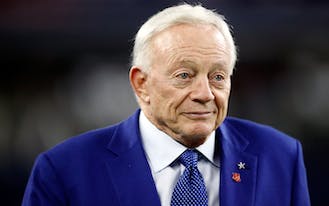 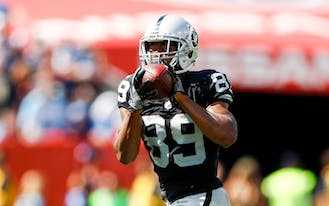 Is There Any Way the Cowboys Won the Amari Cooper Trade?