It’s not a surprise that everything five-time Grammy nominee and El Paso native Khalid releases is a stroke of genius, but his song “Outta My Head” deserves special mention. Made in collaboration with singer-songwriter John Mayer, the tenth track on Khalid’s sophomore album Free Spirit describes young love in its infancy—when you can’t stop thinking about the apple of your eye, regardless of whether the affection is reciprocated. Mayer’s and Khalid’s voices blend seamlessly for a smooth and easy-going song ideal for your summer playlist. 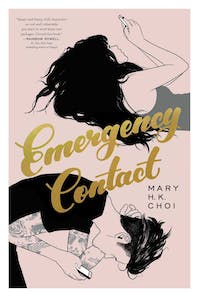 I found this novel while browsing a bookstore in search of one last gift for my wife’s birthday and started leafing through it while I ate lunch. I spent the next two days frantically trying to finish it before I had to wrap it up for her. The book is an extremely sweet look at that moment when you realize you’re not a kid anymore but you haven’t yet figured out how to build the sort of family and support network you’re going to need as an adult. It’s set in Austin in the early aughts, a setting to which I strongly relate. I’m familiar enough with that time and place to be pretty sure that the coffee shop where one of the novel’s main characters works is based on the old Mojo’s on the Drag, and not Spiderhouse, for example. Reading a book about being young and lost in a city you moved to when you were young and lost yourself can really speak to a person. If that’s at all reflective of your relationship to Austin—or if you just like the occasional well-told young adult novel—there’ll be a lot for you in Emergency Contact.

Cyd Charisse in The Band Wagon

I could recommend many films from Cyd Charisse’s oeuvre, but I’ll direct you to what may be the dancer/actress/Amarillo native’s best: The Band Wagon. The 1953 movie was directed by Vincent Minelli (Liza’s dad) and stars G.O.A.T. Fred Astaire as an aging musical star looking to get back on the stage. Charisse plays the popular ballerina who is cast as his leading lady despite his objections. You can imagine what happens. They clash. They dance. They fall in love. The dancing is supreme enough to make up (mostly) for the cringe-worthy 23-year age difference between the two stars. In what may be the film’s best-known (and most parodied) sequence, Charisse floats through the night air like smoke. But my favorite scene is “Girl Hunt Ballet,” which has all the best traits of the old MGM musicals: a big cast, bright colors, sexual tension, and high kicks. Plus it’s fun to see the perennially-genteel Fred Astaire try to pull off playing a bad boy. 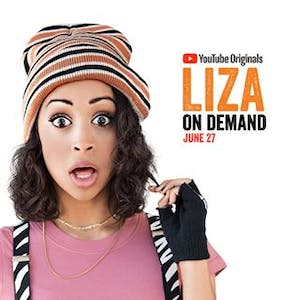 I’ve been following Liza Koshy since her early days on Vine (RIP) and became a fan when she landed an interview with Vogue by parodying their 73 Questions video series. The Houstonian is now a viral sensation best known for her short clips playing a heightened version of herself and other quirky characters. I recently discovered the delight of her YouTube Premium show Liza on Demand. The eight-episode series stars Koshy as a millennial trying to survive in the gig economy by working odd jobs, usually resulting in strange situations—like plant sitting a high-maintenance orchid that requires daily outings to the park. The show is filled with her usual bits (puns, one-liners, and physical comedy), but Koshy brings depth to each episode by touching on topics like gender inequality, relationships, and revisiting high school. It’s a fresh, honest look at what growing into adulthood can feel like, and it showcases Koshy’s potential as an actor. The series got picked up for an extended second season, signifying that Koshy’s career is off to a strong start. We’ll be seeing much more of her.