The other shoe dropped for Lance Armstrong Wednesday, and like his famous yellow Livestrong wristbands, it was branded with a swoosh.

On the same day Armstrong issued a statement announcing he’d be stepping down as chairman of the cancer charity he founded fifteen years ago, Nike, his biggest patron in the sports world—the biggest patron in the sports world—cut ties with the cyclist, a delayed reaction to the specifics of the huge report identifying Armstrong as a cheater that was issued last week by the United States Anti-Doping Agency.

Nike and Armstrong have been intertwined for years, including the manufacture and distribution of the Livestrong wristbands (which will continue) and the 2000 television ad (above) in which the athlete is shown having his blood drawn, and boasts, “What am I on? I’m on my bike, six hours a day, busting my ass.”

In its statement, Nike all but called Armstrong a liar:

Due to the seemingly insurmountable evidence that Lance Armstrong participated in doping and misled Nike for more than a decade, it is with great sadness that we have terminated our contract with him. Nike does not condone the use of illegal performance enhancing drugs in any manner.

Nike plans to continue support of the Livestrong initiatives created to unite, inspire and empower people affected by cancer.

The company also confirmed plans to remove Armstrong’s name from the fitness center at its Beaverton, Oregon, headquarters.

Just last week, Nike had said, according to Michael O’Keefe of the New York Daily News, that “Lance has stated his innocence and has been unwavering on this position. Nike plans to continue to support Lance and the Lance Armstrong Foundation…”

The company’s reaction was similar to its handling of the Penn State/Jerry Sandusky child abuse scandal. Nike CEO Phil Knight, a personal friend of Joe Paterno, spoke supportively and defiantly about the former Penn State head coach at a memorial for him this past January.

But when an investigative report commissioned by the university found fault with Paterno and the football program, Knight apologized, and the company removed Paterno’s name from (in a particularly unfortunate coincidence), the child care center at its headquarters.

As Ben Delaney of Cycling News noted, Armstrong still owns a very small (less than one per cent) share of that privately held company, which was also in the middle of Armstrong’s fierce dispute with former Tour de France champion, and prominent Armstrong doping accuser, Greg LeMond.

Armstrong still admits no guilt, but Nike’s action is an even bigger blow to his position than USADA’s huge report.

“If anyone still believes Lance Armstrong didn’t cheat and didn’t take drugs, you are now officially notified that he did,” wrote Christine Brennan of USA Today. “You don’t have to take the U.S. Anti-Doping Agency’s word for it, or all his fellow cyclists’, or the mountains of evidence against him -– just take Nike’s.” She continued:

Nike knows. Lance did it.

That’s why it dumped him this morning. If the company wasn’t so sure, it would still be standing by him.

When Nike drops an athlete, you know he or she has done something terribly, irreparably wrong. That’s because it has supported, defended and continued to pay all kinds of athletes in trouble, among them Tiger Woods, Kobe Bryant, Ben Roethlisberger and Brett Favre.

As Cedric Golden of the Austin American-Statesman noted, Woods and Bryant ultimately owned up to, and apologized for, their transgressions. “The lesson is simple: the only thing worse than a cheat is one who doesn’t admit it, despite overwhelming evidence,” Golden wrote.

Golden’s collegue Kirk Bohls also argued Armstrong should “just do it,” and join the likes of Marion Jones and Andy Pettite in coming clean.

That’s exactly what Texas Monthly‘s Michael Hall, who wrote a critical profile of Armstrong in 2001, suggested in November 2010:

I know you’re not going to take any advice from me. You hated the story I did nine years ago. You thought that I gave too much credence to your skeptics, that I basically called you a doper. I, of course, thought it was pretty evenhanded. My conclusion then, and my belief now, is that you’re a great champion, one of the greatest ever. If it turns out that you doped, many will call you one of the greatest frauds. But if there’s one person who can get away with being both, it’s you. You would be in for a hard fall, for sure. Survival—of your brand, your foundation, your reputation—wouldn’t be guaranteed. Still, you survived cancer of the brain; you could survive this. If you doped, just say and do the right things and do them as quickly as possible.

Armstrong’s statement announcing his resignation from the Livestrong chairmanship mentioned the issue only briefly, saying that “to spare the foundation any negative effects as a result of controversy surrounding my cycling career, I will conclude my chairmanship.”

But even that is a big change from last Wednesday, when Armstrong’s first tweet after the USADA report was the 140-character equivalent of “What, me worry?”

What am I doing tonight? Hanging with my family, unaffected, and thinking about this. bit.ly/Po6mXT #onward

Ken Herman of the Austin American-Statesman, who’d been working on a story about USADA’s allegations, wrote that prior to Armstrong’s announcement, he was still receiving comments, replies, and counter-arguments from Armstrong’s legal team. On Wednesday, their position changed. As Herman wrote:

“We respectfully decline further specific comment on these allegations,” attorney Sean Breen said in an email, noting “the foundation has a lot of work to do and so does Lance, and he looks forward to an end to this distraction.”…

Livestrong spokeswoman Katherine McClane told CNN’s Michael Pearson that donations to the charity have continued to rise dramatically since August, when Armstrong said he would not contend USADA’s process, and that for cancer patients and their families, that aspect of Armstrong’s story is irrelevant.

“The last thing that’s going to enter your mind is news from the cycling world,” McClane said.

Armstrong will participate fully in Livestrong’s fifteenth anniversary celebration, fundraiser and Sunday ride this weekend in Austin (that’s what Armstrong linked to in the above tweet). As Andrea Ball and Suzanne Halliburton of the Statesman reported:

“Many who still believe in Armstrong are willing to acknowledge the cheating and focus on Livestrong,” wrote Ken Herman.

The good he has done for cancer patients, they say, outweighs the bad of perhaps being the best cheater in a sport of cheaters. These folks may be correct, their position defensible.

It’s just that I’d feel more comfortable being there if Armstrong, who continues to deny wrongdoing in the face of mounting evidence otherwise, would join us there. 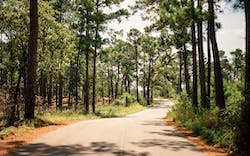 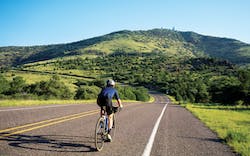