As a photo producer in New York City, Ginger Griffice spent her days helping photographers, stylists, and other artists with their crafts. Meanwhile, she was secretly hoping to find a medium of her own to master. “I was jealous of the people making things and wished for an artistic pursuit,” the Dallas native says. In 2004, after a breakup, she felt it was time for a change, so she bought a vacation home in Marfa, where she would spend a few weeks at a time between freelance jobs before she finally moved to West Texas full-time in 2005. “When I first settled in, I immediately felt like I needed a hobby,” the 46-year-old says. One day she started researching how to make soap and was soon experimenting in her kitchen. Griffice sold her first batches at the local farmers’ market; eventually, as demand grew, she was able to move into a permanent space, next door to fellow makers at Cobra Rock Boot Company. It wasn’t long till her first sizable order came in: 5,000 bars for Anthropologie. Now Griffice has fans as far-flung as Japan. And even though her operation has been scaled up, she still does everything by hand, pouring 150 bars of soap at a time, usually while listening to her husband’s show, Remote Soundtracks, on Marfa Public Radio (the couple, who met in Marfa, got hitched this past New Year’s Eve). “My favorite saying about Marfa is that it’s not in the middle of nowhere, it’s the middle of everywhere,” Griffice says. “I found myself here in more ways than one.”

Marfa is known for its vibrant creative community. How has it nurtured you as a maker?

There are so many makers, and people here aren’t afraid to try their hand at new things. The desert landscape lends itself to space and time. You want to do more when you aren’t rushing around like you usually are in a big city. And we’re all supportive of each other.

Do you collaborate with other local artisans?

For the first batch of soap I ever made, I used honey from Wilborn Elliott, a now-retired local legend known as the Bee Man, and I get milk for my goat’s-milk bar from the Marfa Maid Dairy, a nearby farm.

Walk me through your process for making a bar of soap.

I start with my recipe of vegetable oils—mostly olive with some coconut, palm, and avocado—which I blend in different ratios to get a soap that is conditioning but still cleansing and will last awhile. Then I use a big immersion blender to mix together the melted oils with a lye-water solution. Once it’s the consistency of cake batter, I add in essential oils, tea leaves, yucca root powder, rosemary powder, and other botanicals. I pour it all into silicone-lined molds to set for a day before I take it out, cut it into bars, and let it cure for a couple weeks till it’s ready to be packaged up.

How do you come up with the names for your products?

When I’m creating a scent for someone, it has to start with a story. For example, when I was creating Ranch Road for El Cosmico, Liz Lambert’s Marfa trailer-park lodge, she said she wanted to capture the smell of rain on a ranch road and the free spirit that El Cosmico is all about. I usually ask people to describe feelings rather than smells.

Was it an easy decision to name your line after your adopted hometown?

This place has a cachet, I can’t deny that, but I named it for Marfa because I couldn’t have done this anywhere else. I would have never felt the confidence to try this if I weren’t living here.

For more information, go to marfabrands.com. 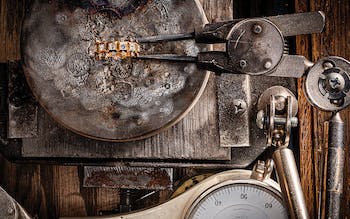 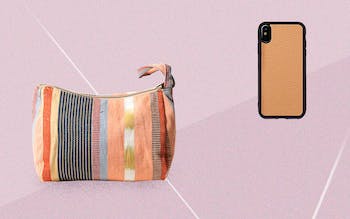 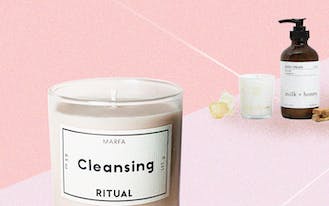