After one of the more protracted conscious uncouplings in NFL history, the Dallas Cowboys finally revealed over the weekend that Jason Garrett would not be returning for his tenth full season as the team’s head coach. The process leading up to that announcement was bizarre. Normally, teams like to fire their coaches as soon as the season ends (if not sooner!), in order to aggressively enter the market for the services of the hot prospects on the coaching block—but the Cowboys kept fans in the dark for more than a week, even as reports trickled out that Garrett’s time was done.

Then, just like that, it was over. Fans tended to their wounded feelings about the team, and counted their dead playoff hopes. Within a day of the official announcement, Dallas had a new head coach—and it was someone Cowboys fans knew well: former Green Bay Packers head coach Mike McCarthy, whose team beat the ‘Boys in six of their seven meetings during Garrett’s tenure, and who had won a Super Bowl inside Jerry Jones’s own stadium.

The news was met with a mix of cautious enthusiasm and underwhelming sighs. McCarthy, while certainly successful in the NFL, was fired in Green Bay at the conclusion of the 2018 season after years of leading one of the more talented rosters in the NFL with underwhelming results. (After McCarthy’s ouster, the Packers returned to the playoffs and a first-round bye.) Still, as they say, if you can’t beat ’em, wait for them to get fired for underachieving, then hire ’em to join you.

I’m fine with the McCarthy hire, but to not even really consider anyone else? To only conduct a few interviews for the biggest coaching job in the country? Really?

underwhelming and not the extreme upgrade Cowboys Nation was expecting.

Cowboys fans seem to be excited about Mike McCarthy. I guess if I was eating bread for 9 years, a bagel would slightly excite me too. But it’s still bread.

Mike McCarthy is a perfectly fine, B+ hire. I also give it 8 games before Cowboys fans' are having an aneurysm over his bizarre personnel usage.

I don't think McCarthy to the Cowboys is a bad hire. He's a fine coach. But it feels lateral. Both guys struggled with game management and conservative playcalling

That sentiment—not so much outrage or enthusiasm as a general sense that Mike McCarthy basically proved himself to be the Jason Garrett of Wisconsin—seemed to be the dominant one on social media. But we aren’t here to be a bummer! Rather than join the chorus of “meh,” let’s look at several reasons to be excited about Mike McCarthy, the guy who now has the same job as Tom Landry and Jimmy Johnson.

1. McCarthy beat the hell out of the Cowboys for years.

The good news for fans is that, no matter what, the next time Mike McCarthy is celebrating on the sidelines during a Cowboys game, it won’t be because he just eliminated the team from the playoffs. Over the past decade, no coach has had the Cowboys’ number like McCarthy, so at the very least, he won’t be kicking them around now that he’s going to be wearing a ball cap with the Star on it.

More than that, though, a coach who knows how to exploit your weaknesses probably knows your strengths, too. Some of those losses to the Packers were flukes—#DezCaughtIt, after all—but no matter what the Packers’ ultimate fate was going to be in any given year, it was virtually a lock that, under McCarthy, they were going to beat the Cowboys. That counts for something, and now the guy who engineered all of those defeats is going to be trying to engineer wins instead.

Mike McCarthy was fired from the Green Bay Packers midway through his thirteenth season with the team. That’s some Garrett-like longevity, but at least McCarthy had a definitive accomplishment he could point to: in 2010, the Packers won the Super Bowl (at AT&T Stadium, no less!). He’d go on to make the playoffs in each of the next six seasons, before coming to an unceremonious end following underachieving 2017 and 2018 campaigns. When talking about qualities he admired in a new head coach, Jones stressed that he valued high-level NFL success more than a tenure as a coordinator or college coach, and he got someone who has that.

That said, it’s fair to question whether McCarthy was an underachiever even in his stretch of playoff seasons. He spent his entire career with either Hall of Famer Brett Favre or surefire first-ballot future Hall of Famer Aaron Rodgers taking snaps for his team. When the NFL Network compiled a list of the greatest quarterbacks to ever play the game, both Favre and Rodgers appeared in the top twelve. No other team in NFL history can boast an unbroken streak of greatness that stretches nearly thirty years, and McCarthy—well, he turned the prime of Rodgers’s career into a single Super Bowl ring. So the Cowboys do have a coach who’s achieved the biggest success someone can get in the NFL. There’s just an open question about whether he can do it a second time, especially when his quarterback is Dak Prescott rather than Rodgers.

3. Jerry Jones doesn’t seem to have a weird, co-dependent relationship with him.

One of the more baffling parts of the Jason Garrett era was just how many years he seemed to spend on the hot seat as the Cowboys’ head coach—without ever being fired. Jerry Jones fired Tom Landry a day after he bought the team. His ego prevented him from keeping his old friend Jimmy Johnson as coach after back-to-back Super Bowl wins, citing “disloyalty.” He fired Chan Gailey after two consecutive playoff seasons, dumped Dave Campo after three years, and fired Wade Phillips halfway through his fourth season (he’d made the playoffs two of the previous three). But Jason Garrett, who had played for the Cowboys during the team’s Super Bowl years in the nineties, was somehow unfireable. (Even now, he was never fired—instead, the team just opted not to renew his contract.)

Despite the fact that McCarthy’s interview with Jones apparently turned into a sleepover, it’s unlikely that the owner will display the same sort of preternatural patience with Garrett’s successor. That’s good news for Cowboys fans whose biggest complaint over the past decade has been the team’s mire of mediocrity, and Jones’s refusal to make changes at the top to get out of it. If McCarthy posts a few 8-8 seasons in a row, it’s likely that the fierce loyalty Jones displayed toward Garrett after their twenty-plus years together won’t leave fans desperately hoping for change that never comes.

Hiring Mike McCarthy might turn out to be the sort of lateral move that skeptics think it is, or it might be the nudge to greatness that the Cowboys’ stacked roster needs in order to win a Super Bowl. Maybe all McCarthy needed is a change of scenery? But if it’s the former, at least those skeptics probably won’t have to spend the next decade bleating all of their feelings about him at their televisions—and maybe the next coach can be someone who inspires a little more passion. 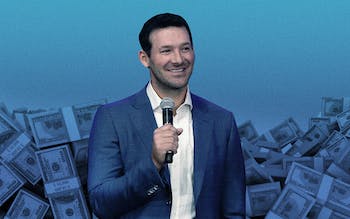 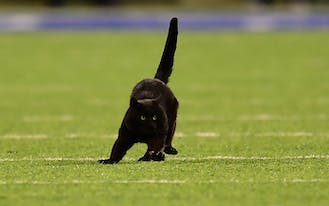