Here’s a bit of extremely online fun: Texas Sports Life, a sports news and culture website, put together a bracket for folks to vote on the most iconic Lone Star State brands. While we were admittedly disappointed to see Texas Monthly get bumped off in the first round (against Big Red, so we can’t be that mad), the project itself is a rainy day delight. With the Elite Eight voting underway, the bracket reached its viral tipping point, setting off waves of debate among slightly bored Texans around the state.

Most of the quarterfinalists are genuinely iconic institutions: Dr Pepper, H-E-B, Whataburger, Buc-ee’s, Shiner, the State Fair of Texas, and Southwest Airlines—plus Pluckers, the Austin-based chicken wings chain, competing against the big guys.

The full list is a reminder of just how many iconic brands do come out of Texas—not just well-loved food brands, but also companies like USAA, Mary Kay, Imperial Sugar, and Dickies. There’s also a slew of regional chains that are so popular in their home communities that the folks at TX Sports Life wisely threw them into the mix: places like Shipley Do-Nuts, which exists mostly inside of a geographic triangle formed by San Antonio, Houston, and Dallas–Fort Worth, or the Austin-based burger chain P. Terry’s.

But as the contenders get narrowed down, the bracket gets tougher. The seeding appears to have been determined by Twitter follower count, which is an imprecise metric. Sure, Whole Foods may have 4.4 million people following the brand on Twitter. But when it comes to iconic Texas supermarkets, H-E-B’s 252,000 followers have a fervor for the supermarket that dwarfs that of Whole Foods. The result is a bracket whose southeast division is top-heavy—a veritable group-of-death stage where H-E-B, Whataburger, Blue Bell, Six Flags, Big Red, and Rudy’s Country Store and Bar-B-Q are all butting heads. Meanwhile, Pluckers and Shiner are competing with Dell and Texas Instruments—fine Texas companies, but not the kind that inspire a swell of state pride—allowing them to coast to relatively easy victories. In the quarterfinal, H-E-B is going head-to-head with Whataburger, which is the sort of matchup that’s basically the Texas Super Bowl.

Some quibbles with methodology aside, it’s entertaining to find out that people are, say, more passionate about Southwest than Lone Star, Yeti, or Dave & Buster’s. Pluckers appeared to face stiff competition in the first round from Taco Cabana, but easily cruised to victory by a twenty-point margin. The wings chain continues to marshal its supporters on social media as it attempts to take on Shiner, retweeting arguments in their favor and reposting the voting link.

Y'all realize @Pluckers has Shiner right? Does Shiner have Pluckers?

If nothing else, the bracket does a fine job of highlighting one of the quirks of Texans—we love things that are from here, and we really, really love a handful of those things, which make up an inordinate amount of our cultural identity. We’ve long known that H-E-B, Whataburger, and Dr Pepper are among the most beloved brands in the state—now, we’re learning that people apparently feel similarly passionate about Pluckers and Shipley. We’ll see if they can compete when it gets to the finals, and like with all good internet time-wasters, we can’t look away. 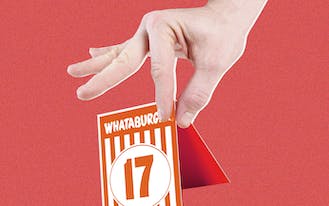 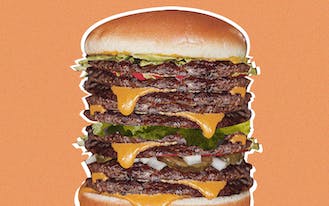