Last year, companies like Lime and Bird descended upon cities around the country with a staggering fleet of electric scooters. They’re parked on the street, rentable by the minute via a smartphone app, and there are few rules for how they should be used. Over the weekend, a man was found dead in Dallas shortly after using a Lime scooter. Now, questions swirl about what happened to the 24-year-old and about scooter use in general.

How did the Lime scooter user in Dallas die?

Jacoby Stoneking was found dead after a scooter accident, but we don’t know exactly what happened to him. He called a friend and said that he hurt his foot after falling off the scooter, and he asked his friend to order a Lyft for him to get home. When the Lyft driver arrived, she found Stoneking dead and the scooter “disintegrated.”

It’s unclear if Stoneking was struck by a vehicle while waiting for his ride, if he attempted to get back on the scooter and had a second accident after he called his friend, or if the initial accident was more severe than the call made it seem. At the moment, we don’t know the extent to which Stoneking’s death is related to the fact that he was injured on the scooter.

How many other people have died on these things?

In the U.S., the answer appears to be zero. The scooters require no training, few people who use them tend to wear helmets, and they put people with no real protection into traffic with 3,000 pound vehicles that move a lot faster than the 15 mph that the scooters clock out at. Given the rate at which people die in traffic accidents (more than 37,000 in the U.S. in 2016), it seems inevitable that someone on a scooter will be involved in a fatal collision with a car. But unless we learn that that’s what happened to Stoneking, it hasn’t happened yet.

That doesn’t mean that people haven’t been seriously injured, though. A woman in Austin was hospitalized in July after a hit-and-run accident left her with a broken leg, a broken wrist, and fractures in her spine and skull. A Dallas woman was sent to the ER after injuring herself on trolley tracks near McKinney Avenue that same month. Last month in Austin, a woman crashed a scooter into a “fixed object” at the Capitol and was hospitalized. In California, where the scooters have been available since 2017, the number of injuries goes up significantly.

What sort of training do the companies give you about riding?

Not much. When you sign up via the Bird app, there’s a button near the top of the screen that reads “how to ride.” It gives you a nine-step process, but much of it deals with how to find, start, park, and end your ride. A step called “safe riding” says only to “bring your own helmet to stay safe while you ride,” and other operating instructions include “place both feet on footboard while riding” and “squeeze brakes with left hand to slow down.” The app encourages users to ride in bike lanes and to avoid pedestrians while on the sidewalk. It ends with a page of local rules, which vary depending where you rent the scooter. After that, you’re on your own.

What cities have them?

In Texas, the scooters operate in Austin, Dallas, San Antonio, Arlington, Plano, and Abilene. The most extensive list of cities for either Lime or Bird—the two largest companies—is in California. Both of the companies operate in a handful of locations overseas.

What are the rules for the scooters?

It depends where you are. In Austin, the rules are fairly strict. The city was the first market in Texas to get the scooters, in April—but they quickly disappeared off the streets after the city passed emergency regulations. A month later, the scooters returned after the city reached an agreement (though, taking a page from the early stages of Uber and Lyft’s successful campaign to have local regulations overturned, the companies quickly complained that the regulations made it “nearly impossible” to operate in Austin). Those regulations include licensing fees, insurance requirements, rules regarding locking and lights, and a commitment that the scooters aren’t being used more than two times per day per scooter, on average.

In Dallas, the companies waited until the city council approved an ordinance, then launched in July. Those rules include requiring the companies to pick up scooters that draw complaints from people who call 311 in residential neighborhoods, and that users don’t ride on sidewalks that are less than eight-feet wide.

Also in July, scooters from both Bird and Lime appeared in San Antonio without a specific ordinance, which the city is still considering. Bird (but not Lime) launched in Abilene in late August with a similar plan: pop up first, let the city figure out rules later. Around the same time, Lime launched in Plano and Arlington. For the moment, Houston is the largest city in Texas—and the country—without either Lime or Bird offering pedestrians an opportunity to scooter down the street.

What’s the point of these things?

There are a few answers to that question: They’re fun to ride, for one, and they can be a convenient way to efficiently cover ground in a small urban area—they’re faster than walking and can be parked anywhere. They could, theoretically, be part of a “last mile” solution that plagues urban planners around public transportation—few people want to walk a mile from a train station to their house in the suburbs, but a fun scooter ride after work might not sound so bad. Bird, specifically, is big on that idea—they describe themselves as “a reliable last mile electric scooter rental service.”

What are the drawbacks?

Safety is a big one. But there’s also a real issue of accessibility around them. Lime requires users to take a photo of their parking job after they’ve finished a ride to prove that they didn’t obstruct an entire sidewalk with their scooter. But it happens. For wheelchair users, carelessly parked scooters can be a major obstacle, and there often isn’t really a good place to put them—cities weren’t designed with these things in mind, so there’s not much in the way of infrastructure to seamlessly integrate them into daily life.

What’s going to happen next?

It’s a safe bet that we’ll see more cities work out rules around them, and that the companies will continue to expand, the way that Lyft and Uber have. Earlier this year, Bird received a market valuation at close to $2 billion, which means that there’s plenty of reason to believe that the company—or others like it—will be sticking around. We’ll learn more about what happened in the death of Stoneking in Dallas in the days and weeks to come, and it’s possible that knowledge will help shape the regulatory framework around the scooters. 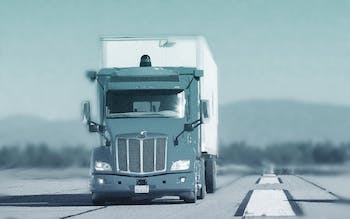 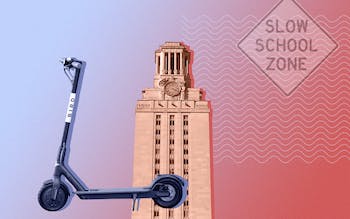 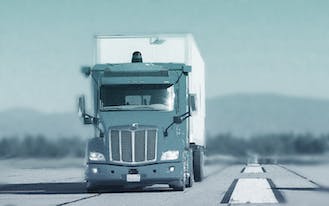