“Well, I guess I’ll have to keep writing about this terrible show until all the Texans are gone,” I said to myself last night as I switched over to ABC to catch the third episode of The Bachelor Presents: Listen to Your Heart. Then, as if Chris Harrison himself had heard my prayers (or was bugging my house), two of the four remaining Texans were off the show within the first thirty minutes of the episode. We said farewell to Houston’s Gabe Baker and Austin’s Ruby Jane Smith last night, their dreams of becoming whatever this show is supposed to award them shattered in an instant by the whims of the show’s diabolical producers.

You see, their quick goodbye was the result of a major plot twist. Harrison announced early in the episode that no new contestants were going to show up and that pairing off was no longer the name of the game. Only committed couples could move forward to the next phase of the competition, in which each would perform duets in front of judges. Those judges then decide who stays and who goes. If you didn’t feel you were ready to be in a serious relationship with another contestant who was ready to be in a serious relationship with you, said Harrison to a group of people who have known each other a week tops, then you needed to pack your things and go home. Gabe and Ruby Jane ultimately took Harrison up on the offer, missing out on the once-in-a-lifetime opportunity to be judged on your musical talent and romantic compatibility by JoJo Fletcher and Jordan Rodgers from The Bachelorette season twelve, Kesha, and Jason Mraz.

However, going home by choice is the most baller move a bachelor or bachelorette can pull on this sadistic television franchise. The winners of these shows are usually the ones who played the game, which requires manipulation and dishonesty, as it’s all based on the great lie that contestants come on this show because it’s a reliable way to find love—real, honest, safe, self-improving love—which any therapist worth their weight in roses will tell you it is not. To refuse to play the game is to refuse to be gaslit. In the grand scheme of things, I’m inclined to think that’s better for a person’s life and soul. But let’s get on with the power rankings, I guess!

Gabe was the first bachelor we really heard from on last night’s episode, as it opened on a conversation between him and Ryan Neal (John Mayer diehard and current paramour of aspiring pop star Natascha Bessez). I initially thought he was getting enough screen time whether or not he had a personality. Still can’t tell you much about his personality, but I do now know that Gabe is the sort of person not afraid to shoot his shot. Having confessed early in the episode to not feeling much a connection with Ruby Jane Smith, the Austin woman to whom he gave his rose in the previous night’s ceremony, Gabe told the camera that he felt sparks with yoga instructor Savannah that he was excited to explore.

But Savannah is one of several contestants hung up on military vet (and obvious man-child) Brandon. So when Gabe confessed his feelings to Savannah, she let him down gently. No romantic connection, she said. It was uncomfortable to watch, but it was also sweet and weirdly sincere. Gabe was respectful and honestly pretty chill. When he got rejected he didn’t pout. He apologized to Ruby Jane about needing to go home, but never considered pretending to be more into her so that he could stay (which almost certainly some other contestants were doing with their “partners”). Then he packed his things, said goodbye to his bros, climbed into an ominous black Escalade, and was driven off the grounds.

In my mind, there can be no question that Gabe was too pure for Bachelor Nation. He may be the only person on earth who I will almost believe came on the show to find actual love. He was profoundly bad at the game, and when he didn’t find love, he left. He gets the number one spot because the show couldn’t break him. And that is power.

Rudi gets second place because I still think she’s the best singer on the show. She has texture to her voice, and she can sing runs and improvise. There wasn’t any drama for her this episode, either. She and Matt (Ranaudo, a “neo soul” singer from Cali) “committed” to each other effortlessly once Harrison told them they had to. There was no tension leading up to their performance; or at least none the producers felt they needed to show us. Rudi never seemed nervous, which makes her look even cooler. Also Matt is as obsessed with her as I am. They were the first couple to perform and they killed it, blowing Jason Mraz’s socks right off. Rudi might actually have a music career after this. At the very least, I would totally watch her sing covers on Instagram Live, at least for a few minutes. I could easily see Rudi requiring me to continue watching this show for several more weeks, but I won’t hold that against her.

As expected, Julia “committed” to being in a relationship with Sheridan and then spent rest of the episode freaking out about Brandon, a man who admitted on national television that he is one of Jason Mraz’s biggest fans. But the heart wants what it wants, and Julia’s heart quite obviously does not want Sheridan. The producers continued to play up dramatic irony by forcing Sheridan to explain on camera how much he and Julia connected, and then cut to Julia staring off into the distance with tears in her eyes and a glass of wine in her hand, yearning for another man. (Is there any image more evocative of Bachelor Nation than a drunk woman with a thousand-yard stare?) I don’t think we saw Julia say one nice thing about Sheridan until the end of the episode, and even that was suspicious because at the time she needed to convince everyone around her that she was into Sheridan so they both could stay! The craziest thing is that the judges totally bought it.

When Julia and Sheridan performed their rendition of the Backstreet Boys’ “As Long As You Love Me,” Kesha and Jason and JoJo and Jordan all believed that Sheridan and Julia’s relationship had a solid foundation built upon love. WHAT?!?! Sigh. That’s all that mattered, I guess, since at the end of the episode both of them got a rose. But Sheridan is not coming off too strongly these days. He’s a side character in Julia and Brandon and Savannah’s narrative, and Julia is likely going to get Sheridan kicked off the show. She’s been a broken record about Brandon for two episodes now, and the preview for next week shows much of the same. The Bachelor only lets contestants spin the same drama for so long before they dump them and move on to a contestant with newer, fresher drama. The Bachelor audience also has a short attention span, and the Julia-Sheridan-Savannah-Brandon story is getting so old.

Remember how last week I was saying that “the producers want us to pay attention to Ruby Jane so she has power”? Well maybe they did, but only for a grand total of about twenty minutes. Ruby Jane went home because she wasn’t able to establish a connection with anyone, and she didn’t necessarily go home by choice. Gabe didn’t give her one. He said he wasn’t feeling it, and there was no time for her to find somebody else. Later, Ruby Jane told the camera she hadn’t been given a chance. And she’s right. The producers brought her on late, when most of the contestants were already more or less paired off, knowing that the rules of the game would change dramatically in the very next episode. It’s totally not fair. Ruby Jane, Bachelor Nation did you dirty. I’m sorry about that. I wish you luck in all your future endeavors. 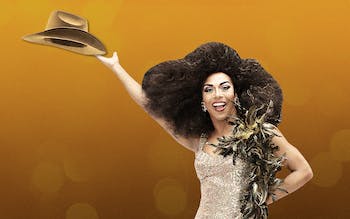