A North Texas teen and his grandmother have become YouTube stars almost overnight, racking up more than half a million views in two days with their lipsyncing rendition of Tyga’s “Rack City.”

Thirteen-year-old Frank Trimboli somehow convinced his grandmother to lip sync and dance rather enthusiastically to the rap song, which includes the verse “get ya grandma on my dick.”

At Huffington Post UK, Alastair Plumb was awed by the clip:

It is, without a doubt, utterly amazing — and will no doubt have you dropping your jaw to your desk as you watch a pensioner cut a rug to a song that seems to be about money, women with large breasts, and getting into clubs.

The UK’s Mirror was unimpressed by the teen’s grab for YouTube fame: “This American kid should probably spend less time with his grandma, and more time outdoors.” And at Guyism, Chris Spags dubbed the clip to be derivative piece of elder exploitation: “Not surprisingly, 99% of the YouTube comments are about how awesome the grandma is. Because, you know, grandmas bopping to music you wouldn’t expect them to enjoy is so new and original.”

But Hypervocal found something to celebrate in the clip’s rapid success:

What a world when a kid who’s about Bar Mitzvah age can upload a video of his spry grandmother and have more than a half-million people watch it within 24 hours (or maybe the same 10 teenage girls have watched it 50,000 times). Who knows. 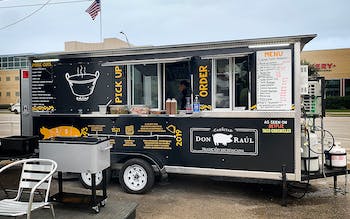 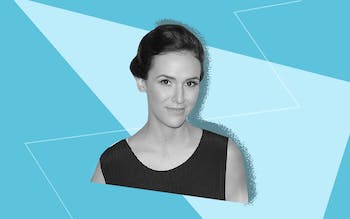