When Taylor Swift teased the fact that the Dixie Chicks would perform on her new album, the extent of their participation was a big question mark. It’s hard to know what to expect when the Dixie Chicks are involved, given that it’s been thirteen years since they recorded new music in the studio. “Soon You’ll Get Better,” though, is the sort of song that the Dixie Chicks do better than anybody—a sad, tender, hopeful ballad about family and grief, built around impeccable harmonies that flutter up over the chorus. Taylor Swift may be the lead singer on the track, but it feels like listening to a natural part of an evolution from “Cowboy Take Me Away” to the band’s cover of “Landslide” to “Easy Silence”—which is probably why Swift wanted the trio backing her on the song in the first place. It might be Swift’s most moving song since she discovered bubblegum pop. It’s definitely an indicator that, whenever we get that long-fabled new Dixie Chicks album, it’ll have been worth the decade-plus wait.

Maxo Kream’s Freestyle on The Cave

The minute you hear his voice, you can tell Maxo Kream is a Houston rapper. For years, that grimy baritone has tied together just about any track he’s been on—like “She Live,” featuring fellow Houstonian Megan Thee Stallion—but he’s particularly at home on some “hard Texas shit,” as acclaimed music producer and host of YouTube series The Cave, Kenny Beats, points out. The premise of the show, which just closed out its first season, is simple: Kenny invites a guest rapper to freestyle over a track he makes from scratch in just ten minutes. The rapper gets to choose the tempo and the style, and Kenny does the rest. Maxo Kream, the only Houston rapper in the lineup, shares the first season with industry heavyweights like Vince Staples, Freddie Gibbs, and up-and-comers like Rico Nasty and JPEGMAFIA. The Cave is an in-depth look at the creative process and introduces viewers to an unfiltered version of the artists they either already love or need to know. 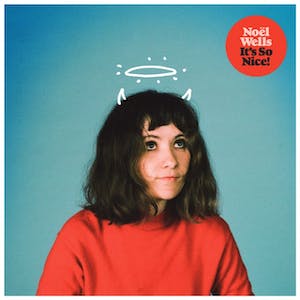 It’s So Nice! by Noël Wells

Most recognized from her appearances on Saturday Night Live and role in Master of None, the actress, comedian, and filmmaker Noël Wells has now broken into the music scene. It’s So Nice! is the San Antonio native’s debut album featuring eleven indie-pop tracks that are the perfect mix of cheery and melancholy. Tracks like “Sad Girl Blues” and “Burn It All Down” build from lo-fi intros steadily into their ardent conclusions: “Your words cut me like a knife / And like honey, I couldn’t fight / But I’m steady and I’m ready / To burn it all down.” The album’s title track, “It’s So Nice!,” harmonizes Wells’s optimism and bleakness with lines like “I used to hate myself / Now it’s a pretty hate / I used to shame myself / Now it’s a pretty shame,” all to an upbeat piano and a chorus that repeatedly chants, “It’s so nice” (you can also find a bonus track of the original version of the song, which is equally good). Written as her response to heartbreak, the 2016 election, and feelings of anxiety, It’s So Nice! serves as a bittersweet catharsis.

Take a visual journey through Austin photographer Matt Crump’s colorful and eclectic Instagram feed. The University of Texas alumnus, who left his job in advertising to focus on social media full time, is known for a distinct photography style he describes as “candy-minimalism.” Through surreal colors and simple compositions ranging from famous landmarks to objects like rubber ducks, Crump’s photos are truly a sweet treat for the eyes. Crump also cultivated a movement encouraging others to join his style through the #candyminimal hashtag, which has been used on more than 650,000 posts. Crump sells prints of his photos, and just in time for back to school, Crump has his own line of academic planners.