We don’t need the United Nations to remind us just how special the Alamo and San Antonio’s other missions are, but it would still be an achievement if they were recognized by the United Nations Educational, Scientific and Cultural Organization (UNESCO) as a World Heritage site.

As Scott Huddleston of the San Antonio Express-News reported, the federal government is considering the missions as one of three candidates for World Heritage status, which would be both an honor and a boon to international tourism.

There are 936 World Heritage sites, but only 21 in the United States, including eleven national parks, Independence Hall in Philadelphia, Pueblo de Taos in New Mexico, and the Statue of Liberty.

U.S. Secretary of the Interior Ken Salazar appeared at Mission Concepción and Mission San José in San Antonio last week to talk about the process, an appearance that was tied to a three-day meeting by the International Council on Monuments and Sites (ICOMOS), which advises UNESCO on nominations.

As Robert Rivard of The Rivard Report wrote, the deep history of the missions and the city were emphasized. During one presentation Bexar County Judge Nelson Wolff welcomed the ICOMOS members “to Yanaguana, the Indian village the Payan Indians established on the banks of the San Antonio River.”

The Department of Interior’s other choices are the pre-historic Poverty Point site in Louisiana and eleven different buildings by architect Frank Lloyd Wright in seven different states. Only two of the three will be nominated, and the official designation may not be awarded until 2015.

At the San Antonio Current, Scott Anders predicts the Alamo will not make the cut, not because of competition from the other U.S. sites, but because UNESCO and the U.S. are at loggerheads.

Anders wrote that one “ICOMOS leader” explained to him that the U.S. stopped a $60 million payment to UNESCO due to its admittance of Palestine as a member late last year. U.S. law prohibits funding of any United Nations agency that recognizes a Palestinian state.

Rivard acknowledged the long odds as well, warning that:

Winning World Heritage Site status is not only difficult in terms of establishing the unique and special nature of an individual site, but also because of the Byzantine, often corrupt politics of the United Nations … San Antonio should celebrate the hard-earned recognition bestowed by Salazar, but it’s still too early to order signage. 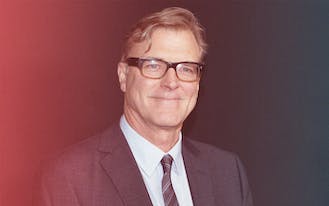 John Lee Hancock: “Bonnie and Clyde Were the Kardashians With Guns”