Quentin Tarantino’s new film, Once Upon a Time in Hollywood, derives much of its roller-coaster-like excitement from “Treat Her Right”—a blue-eyed soul smash by Roy Head, a Texas cyclone of a performer.

The 1965 song dominated the trailer for the new film, which will be released this Friday, July 26. “Treat Her Right” also opens the movie, weaving through a montage featuring actor Rick Dalton (Leonardo DiCaprio) and his stunt double Cliff Booth (Brad Pitt) gliding down glamorous L.A. streets, while a Pan Am jet roars through the skies. Given how opening songs act as critical characters in Tarantino’s films—it’s impossible to untangle Pulp Fiction from the surf-rock strut of Dick Dale & His Del-Tones’ “Misirlou,” for instance—it’s significant that he chose “Treat Her Right” to kick this one off.

“Hey-hey, hey-hey!” That percussive shout of a chorus in “Treat Her Right” is set amidst sinuous horns, a spindly guitar line, and a rhythm section in hyperdrive, and comes blaring out of the speakers like a one-two punch from Cassius Clay. He’s one in the cast of seemingly hundreds of sixties legends—beloved and notorious and all points in between—who are either mentioned or portrayed onscreen.

The song’s title is also perhaps a driving force behind the plot line: which is to give the late Sharon Tate (who was from Dallas) her due. Portrayed by Margot Robbie, Tate, as well as the thrill that she felt progressing in her acting career, is a bittersweet focal point of Once Upon a Time in Hollywood. The terrible fate that awaits her at the hands of the Manson family undulates with a sense of agonizing, inevitable doom.

But what “Treat Her Right” brings to the forefront is pure adrenaline, underscoring the sense of possibility ahead. Two versions of Head’s song are put to various uses in the movie, in both the original soundtrack and the ad campaign leading up to it. The original version, which is used in the film, peaked at number two on the Billboard pop charts in 1965. (What kept it from the top spot was some obscure little ditty known as “Yesterday.”) The other version, recorded nearly fifty years later, was used in the trailer.

“Treat Her Right” was originally recorded in Houston’s Sugar Hill Studios. It was then released on Back Beat, an imprint owned by Houston blues, gospel, R&B, and soul mogul Don Robey. Fronting a band led by the incomparable Joe Scott (Don Robey’s music producer, arranger, and all-around sound director), Head had an electric onstage presence. Among exceptional dancing singers including James Brown, Jackie Wilson, Prince, and Justin Timberlake, Roy Head takes a backseat to none of them. I mean, just watch this man—from the South Texas town of Three Rivers—move.

It seems as if Tarantino wanted to resurrect some of Head’s magic visually, as well as through his music. It’s evident from the film’s widely circulated promotional still depicting the groovy Dalton, cigarette in hand, rocking a skinny tie and a sharp-shouldered jacket, boogieing with a trio of go-go dancers—which may be an homage to Head’s far-out, televised dance party shindigs.

The song also captures Head in his prime; he would never have another hit as big as “Treat Her Right.” In the seventies, after running through psychedelic rock and rockabilly phases, he switched to country music and had a run of fair-to-middlin’ hits, but no smashes. In 2011, to celebrate Sugar Hill’s seventieth anniversary, owner and engineer Andy Bradley wrote its history and produced a compilation CD to accompany the book. Head was brought in to cut a remake of “Treat Her Right” with the legendary American-Australian Deniz Tek (of the seminal punk band Radio Birdman). The original song’s cowriter and longtime collaborator Gene Kurtz was there too, on bass (in what must have been one of his last sessions), along with drummer Stefanie Friedman of Houston garage-punks Sugar Shack, and a horn line borrowed from Houston ska revivalists the Suspects. “We just wanted to jazz it up a little bit,” says Head. “It’s hard to outdo the original, though.”

And then, Head says, Sony came calling earlier this year, for both the new version of “Treat Her Right” (for the TV trailer) and the older one (to be used in the film and the soundtrack). “They said, ‘Mr. Head, we would like to use your song in the trailer for Once Upon a Time in Hollywood,’” Head tells me. “I think it’s because my song was real popular out there in ’65, ’66. I was number one out there in L.A. when all that stuff was going on. I was playing on Sunset Boulevard when it was all happening.” Head had not seen the movie when we spoke, but was excited about Sony’s licensing fee. “Let’s just say I got compensated very, very well,” he said, “And what is it now, fifty-odd years later?”

Some of the famous recordings made or released by Don Robey all those years ago—including songs by Big Mama Thornton and Bobby “Blue” Bland—are on the ongoing lists of masters that went up in smoke in the 2008 Universal warehouse fire. While it’s unclear whether “Treat Her Right” was a part of that, we may never know the fate of the original’s master version—it’s possible that it’s been lost. Once Upon a Time in Hollywood, indeed. 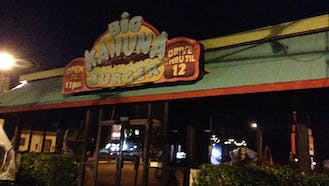 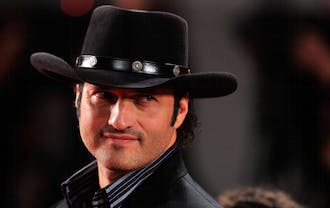