When you sat down and read our recent cover story on Texas rivers—and you have, haven’t you?—you probably noticed that, in between the many paeans to our state’s natural beauty, I slipped in a few notes of alarm about the various threats our waterways face.

After the issue came out, I was alerted to a situation on the Llano River that, while pretty small time, highlights the bureaucratic morass that makes saving Texas rivers something of a trial.

The story starts in September of 2008, when Seawillow Kathleen Schmidt, who lives on the Llano River some ten miles west of Kingsland, noticed that her neighbor across the river, Joe Long, had built a makeshift sand dam blocking the river’s southern channel. Long, who runs a sand and gravel operation on his ranch with his partner Mark Stephenson, had also created a temporary sand road downsteam of the dam, giving his digger and trucks access to a large sandbar in the middle of the river, and was hauling the sand away. Schmidt and her husband, Dale, weren’t happy about the noise or the likely drop in their property values, so they promptly called the Texas Parks and Wildlife Department, which cited Long for dredging in the river bed without a permit and ordered him to repair the damage to the sandbar. He eventually did so, though he continued to extract gravel from his side of the river.

In early 2009, Long and Stephenson applied for a mining permit from the TPWD. The Schmidts and the other riverfront property landowners protested the application, and wrote letters of complaint to the Texas Commission on Environmental Quality and to Llano County’s Department of Environmental & Emergency Services. Since Long didn’t have the required permit to operate within the 100-year floodplain, he was red-tagged by the county, and forced to stop work. Long and Stephenson petitioned against the stoppage order, and were allowed to process previously excavated rock and sand at their screening plant (which, incidentally, Schmidt and the other property owners claim is located below the floodplain, in violation of a Llano County Flood Prevention Order).

If this sounds a bit confusing, well, it is. To dredge materials from the Llano, an operator must obtain a mind-bogglingly complicated series of permits. First, because the Llano is a “navigable waterway,” the State of Texas owns the sand and gravel in the stream bed and the TPWD issues the permits to dig or mine those materials. Since 2007, the Lower Colorado River Authority has also had authority over such mining operations, though Long and Stephenson may be exempt from the LCRA’s authority, as they claim that their operation existed prior to that date. In addition, the Texas Commission on Environmental Quality requires a Storm Water Discharge Permit (which Long and Stephenson have). Then there’s the Federal Emergency Management Authority, which is involved in flood issues, and the U.S. Army Corps of Engineers, which enforces the portions of the Clean Water Act that deal with the discharge of dredged materials into rivers. Lastly, Llano County issues permits to operate within the 100-year floodplain, and is supposed to make sure that all the other state and federal permits are in place.

The issues involved are confusing as well. Dredging and mining operators who apply for a permit from the TPWD must submit a report “evaluating sediment budget [a technical terms that refers to the balance between sediment added to and removed from a coastal system], erosion rates of the river segment to be mined, and the effect on coastal and receiving waters.” In response to the January 2010 filing that protested the permit application, TPWD took the position that Long and Stephenson didn’t need such a report because their project “cannot affect the coastal sand budget,” though it is unclear how precisely the department came to this conclusion, as no report to this effect has been submitted. The case is now before the State Office of Administrative Hearings, where Judge Michael J. O’Malley has ordered Long and Stephenson to file a more comprehensive erosion report (their first one was cursory, at best). But the results of this report are not binding on the TPWD Commission that will decide whether to approve the request.

All of this might seem a bit opaque but when the case is finally decided, it will likely set a legal precedent for future applications for the simple reason that right now there really are no precedents. Since 1997, when the TPWD was put in charge of these permits, it has only issued five, mostly for operations along the Brazos river. Only two applications were contested, and they were settled before they came to court. (Ironically, if Long and Stephenson had simply played by the rules, they would probably be digging up the river right now in a perfectly legal manner.)

What’s missing from all the bureaucratic to and fro between Long and his neighbors is a sense of the importance of the river itself. If all the ranches and cities that had the right to pump water from our rivers exercised those rights to the full, all of those rivers would be dry. If everybody who owned property along the Llano decided to get into the sand and gravel game, that river would soon be unrecognizable. But balancing nature’s demands with those of agriculture, business, and our cities and suburbs is difficult when developers, environmentalists, and government officials can’t figure out who’s in charge of what.

Don’t blame the Parks and Wildlife Department, which is caught between a rock and a hard place–its budget was cut back 5% this fiscal year, and it exposes itself to attack in the Legislature if it turns down the potential income from mining operations. Perhaps one shouldn’t even blame Joe Long, who claims he only wants to keep his ranch financially viable: Would we prefer it if he built condos along the riverfront?

I recently paddled up the Llano from Kingsland to take a look at what all the fuss was about. As I neared the site, I heard the sound of a diesel engine and could see, behind some trees on the riverbank, the orange arm of a digger loading materials onto a truck. As I approached, the sound and movement stopped, perhaps for lunchtime. A sand roadway led down the steep river bank to a large sandy area in the riverbed, which was crisscrossed with tire tracks. Fifteen or so large concrete blocks had been laid in a row across the riverbed, in an attempt at erosion control. (These blocks have gotten Long and Stephenson red-tagged again since my visit, this time by the LCRA.) Though it was an unsightly mess, the larger vista of water, sand, sky, and trees won out. This was a fairly homespun operation, run by a man who had a simple plan to bring in some cash. We should, in short, consider ourselves lucky that it was a small business that brought this issue into the open, not a large corporation undertaking a full-scale dredging operation that could have done a great deal more damage.

Update, June 3rd, 2010: According to locals who floated this section of the Llano recently, the concrete blocks mentioned in this story have been removed. Score one for the river. 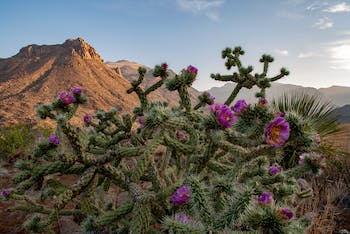 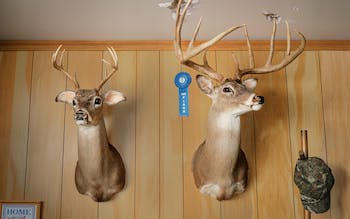 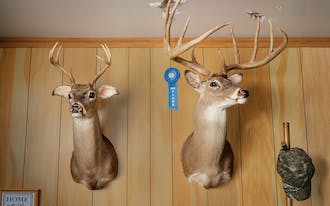 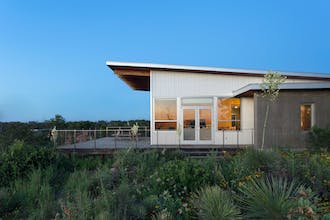 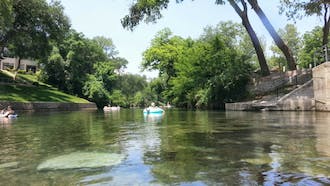