Scientology might finally have met its match in Lawrence Wright, the Austin writer and former Texas Monthly staffer whose new book, Going Clear: Scientology, Hollywood, & the Prison of Belief, threatens to open the Pandora’s box on the religion/cult that L. Ron Hubbard founded in the early 1950s and that counts many celebrities among its disciples—most infamously, Tom Cruise.

The book is based on Wright’s National Magazine Award-winning 2011 New Yorker profile of Paul Haggis, the two-time Oscar-winning screenwriter and director who defected from Scientology in 2009 after 34 years, in part because its philosophy was at odds with the sexual orientation of his two lesbian daughters. In the trailer for a segment on Going Clear to air tonight at 9 p.m. CST on Rock Center, interviewer Harry Smith said Church of Scientology officials called it “an error-filled, unsubstantiated, bigoted, anti-Scientology book.”

Going Clear, which is a Scientology term for a heightened state of enlightenment, arrives on shelves amidst controversy. To counteract the book’s publication, the Church of Scientology wrote an advertorial extolling 2012 as a milestone year, which The Atlantic magazine’s website published this past Monday as “Sponsor Content.” But many critics and Atlantic staffers thought it compromised editorial integrity, so it was deleted and an apology was issued. (Slate has a screenshot of the advertorial, plus the apology and links to the timeline of events; meanwhile, The Onion parodied the advertorial with a spoof advertorial from the Taliban.)

While Going Clear might be perceived as yet another hit piece to add to the canon of Scientology hit pieces, Wright insists the book is not an expose. “Why would I bother to do that?” he told Charles McGrath of the New York Times. “Scientology is probably the most stigmatized religion in American already. But I’m fascinated by it and by what drives people to Scientology, especially given its image.” Wright added: “[I]t really interests me why people are drawn to one faith rather than another, especially to a system of belief that to an outsider seems absurd or dangerous.”

Wright’s track record of journalistic credibility speaks for itself: he was awarded the Pulitzer Prize for his 2006 book The Looming Tower: Al-Qaeda and the Road to 9/11. McGrath made a point to accentuate this legitimacy. He mentioned Wright’s legal pads, his filing-card system, and the wall-size whiteboards in his house that are blanketed with color-coded outlines as examples of the thoroughness for which Wright is known among his peers. McGrath also reported that Wright interviewed about 200 current and former Scientologists.

One, Amy Scobee, told him, “[I]’ve been approached by a lot of people who just want a quick sound bite. [Wright] wasn’t a Johnny come lately. I felt he had real integrity.” Another, Tom De Vocht, said, “I could tell that Larry wasn’t just out to get the church—which would have been fine with me, actually. He really had dug into this, which made it easier to talk to him.

Still, Transworld, Wright’s British publisher, has canceled plans to publish Going Clear. But not for the reason one might suspect—i.e. that the Church of Scientology “leaned” on them. The reason why, as Steve Rose pointed out in the Guardian, is because of Britain’s “uniquely obliging libel laws.” There, the burden of proof in defamation cases rest on the defendant. So if the Church of Scientology, known for its deep pockets and litigious ways, were to sue Wright, it would be up to Wright to prove that he is, well, right. So by not publishing Going Clear, Transworld is theoretically saving Wright from spending the rest of his life in court.

But as Rose recounts, Robert Sharp of English PEN, the human rights organization, isn’t pleased about the decision: “It’s a classic example of the chill that is cast over free speech by these laws, where people choose to self-censor. Something like religion is in the public interest. We should be allowed to scrutinise and criticise it. The cover-up of abuses by the Catholic church is a prime example of what happens when you don’t.”

The Church of Scientology, meantime, spun Transworld’s cancellation as proof that the publishers were not confident about the book’s facts. In a “Statement on Lawrence Wright’s Book” issued January 13, the Church called the book “so ludicrous it belongs in a supermarket tabloid.” And in a follow-up, “International Statement Concerning Lawrence Wright’s book,” issued today, the Church writes that Wright relied on the “ever-changing bizarre tales invented by a handful of confessed liars consumed with their media smear campaign” and that Wright declined “15 separate letters to assist him in fact checking his book.” The letter continues, “If Mr. Wright wanted to call his book ‘A Diatribe on Scientology Through the Minds of a Posse of Lunatics’ that would have been fine with us and we wouldn’t have complained.” 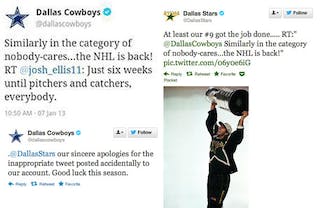 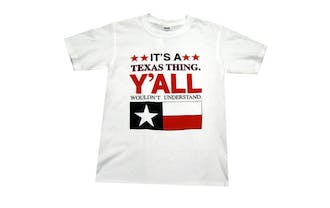