Arlington-born horror writer Shaun Hamill’s debut novel, A Cosmology of Monsters (Pantheon), begins with an intriguing premise: a milquetoast suburban family decides to build a rustic haunted house in their backyard on Halloween in 1982. Harry and Margaret Turner, the husband and wife living in the fictitious Vandergriff, Texas, have set their lives on a nondescript suburban course for years; this despite Harry’s obsession with horror novels and arcana and Margaret’s occasional visions of monsters. But when Harry’s new idée fixe is achieved, it launches the couple and its growing brood of three into a cosmic nightmare that seems to emanate from the house, christened the Wandering Dark.

Cosmology’s multi-generational history of the Turners is a hybrid of Gothic horror, familial melodrama, and bildungsroman narrated by youngest child Noah as he struggles through adolescence and adulthood in the shadow of the Wandering Dark and grapples with the lupine monsters who inhabit an alternate, urban dimension on the other side of his bedroom window. Despite the novel’s potent haunted house conceit, it is Hamill’s attention to the arc of Noah’s childhood that is most evocative, deftly swinging between piquant scares and poignant heartbreak.

Hamill, who has an MFA from the Iowa Writers’ Workshop and lives “in the dark woods of Alabama,” spoke to Texas Monthly about the roots of the novel, his own suburban childhood, and the current renaissance in the horror genre.

Texas Monthly: How much of the small town setting of Vandergriff—a middle-class suburb of Fort Worth—was lifted or informed from your own childhood in North Texas?

Shaun Hamill: Vandergriff is lifted directly from my childhood and adolescence in Texas–Arlington in particular. In early drafts of the book it was Arlington, but given some of what happens in the book (I’m speaking carefully here to avoid spoilers), I didn’t want people to think I was talking about real events or real people. Read as: I didn’t want my friends, teachers, employers, parents, exes, etc., knocking down my door to tar and feather me.

TM: Did any of your childhood memories of Arlington contribute to the sense of strangeness or mystery that pervades the novel’s setting?

SH: I think every fiction writer’s childhood informs their personal mythology. I remember reading that Tolkien’s early years in the English countryside were a big influence on Middle-Earth, for example, and I’m no exception. I don’t think Arlington is an especially strange or mysterious place, but since I’ve always been interested in horror stories, I couldn’t help focusing on its stranger, darker aspects when I sat down to write about it.

TM: The theme of lost or abducted children is a large part of the story–a phenomenon that took on a particular urgency during the 1980s. Were there any particular local stories or regional folklore that made an impression on you?

SH: Arlington has its share of suburban legends about ghosts and murder houses, but it’s also the place where [the nine-year-old girl] Amber Hagerman was abducted and murdered in early 1996. [The familiar AMBER alerts were named in Hagerman’s honor.] I was in junior high when it happened, and the fact that the case remains open and unsolved still haunts me. It set something about my worldview that I’ve never been able to change.

TM: Texas is not typically associated with the horror genre or the Southern Gothic tradition, despite its southern location. But there is an impressive list of horror stories with a Texas provenance, in both film and literature, including The Texas Chain Saw Massacre, Race with the Devil, The Swarm, House of 1000 Corpses, The Devil’s Rejects, The Town that Dreaded Sundown, and From Dusk till Dawn. And then there are Gothic works like Paris, Texas, Wild at Heart, Blood Simple, and the genre novels of Jim Thompson and Cormac McCarthy. Were any of these examples particularly influential on you?

SH: As a kid, I felt Arlington was asymptomatic of Texas. Aside from the heat and droughts, it could have been a suburb anywhere in the country. None of my friends had a discernible Texas accent or wore “western” clothes or drove pickup trucks or worked on ranches. We identified with the characters in sitcoms and WB teen dramas, not The Last Picture Show. The same goes for horror. I was aware of southern/Texas horror, but a lot of it seemed to focus on aspects of Texas that weren’t part of my daily experience. My inspirations were Stephen King and Shirley Jackson and John Carpenter, not Jim Thompson or Cormac McCarthy.

It wasn’t until I moved to Iowa for grad school that I realized “Texan” has a much broader meaning than cowboys and pickup trucks. DFW is an incredible melting pot of peoples and cultures, has an impressive arts and entertainment scene, an incredible selection of cuisines, and a general “vibe” I haven’t encountered in other parts of the country. I had to leave Texas to realize that I truly am a Texan. That’s when I started reading more Texas writers, and assuaging my homesickness with films like Boyhood and Blood Simple. I feel more firmly aware of my Texan nature, and it will be interesting to see if/how that affects my future work.

TM: There seems to be an important thematic significance to the division between city and small town that you set up early on in the novel. Without giving away too much of the plot, I’m curious how much of this urban/suburban (or small-town) divide informed the novel?

SH: I hadn’t really considered these things until you asked about them, but I was a late bloomer and terrified to venture outside my comfort zone. My comfort zone was always Arlington. I was terrified to drive into Dallas whenever I went to see an art house movie or visit the aquarium. I was convinced my tires would burst, or the car would break down, or I would be pulled over for some minor violation (I had a lot of trouble with taillights back then) and end up with a ticket I couldn’t afford to pay. I’m lucky to have married an adventurous woman who has no problem pushing me out of my comfort zone. She encouraged me to apply to grad school and has cheerfully accompanied me as I venture into new place after new place, and meet all kinds of new people. Without her, I doubt you and I would be having this conversation now!

That fear of the unknown, particularly the urban unknown, has played a big role in my life. I’m terrified of rejection, and cities seem to be full of confident people who know what they’re about, so it makes perfect sense that my vision of a scary place is an unknowable city.

TM: Much of the novel’s timeline is set during the 1980s and 90s, which is viewed almost nostalgically now as another classic era of horror novels and films, which often used the setting of the suburb or small town to mine the fears and anxieties of the family and childhood. Why are the suburbs so often portrayed as a place of fear or anxiety or terror?

SH: Most popular, effective horror taps into the public psyche and finds ways to explore and literalize our collective anxieties. Since so many creators and consumers of popular art have been white people from middle-class towns and suburbs, those locations have played a big part in the history of horror, whether it’s tackling financial anxiety (The Amityville Horror), the foolish decision to venture outside your comfort zone (Blue Velvet), or the dark outsider descending upon your idyllic home (Halloween). What’s been interesting is seeing how that milieu has been appropriated for nostalgia recently, in Stranger Things, Scary Stories to Tell in the Dark, and the first It. But even more interesting is how the typical tropes have been inverted in recent art by creators of color, most notably Jordan Peele’s amazing Get Out, where affluent white people become the villains, rather than the heroes and victims. It’s a testament to the enduring potency of the suburbs as a tool for horror.

TM: The Turner family’s nightmare is a story of the sheltered family that encounters a dark secret in their modest tract home and then must exorcise it. How important was it to you to get the details of the house right?

SH: I grew up poor, living in a grubby apartment, so I’ve always been keenly aware of my own and other peoples’ homes, and that awareness shows in Cosmology. The external details of a dwelling tell you a lot about its inhabitants—where they stand financially, but emotionally as well. The Turners change dwellings several times in the novel—moving from, as you put it, a modest tract house, to an apartment, back to a nicer house, and so on. I put a lot of thought into these changes, because each showcases a different emotional state for the family. When they’re living in their own grubby apartment, they’re at their most fractured and fractious, but later in the book they’re in a colder, more expensive dwelling, and each member of the family is ignoring one another as they pursue their individual obsessions.

TM: With the current renaissance in the horror genre, do you think there is a distinctive future for Texas horror?

SH: I don’t know enough to predict a future for Texas horror one way or another. I’d be delighted to find out that A Cosmology of Monsters is part of a distinctive Texas literary horror movement, though. Such a movement could revise some of the old Texas stereotypes and give voice to the shifting demographics, bringing more women and people of color into the regional genre canon. I would be incredibly proud to be part of that, if it happens (or is already happening). I’ll wait for someone better-read and more knowledgeable to let me know! 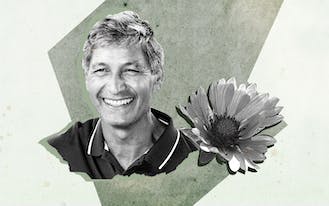 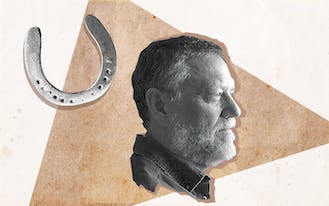 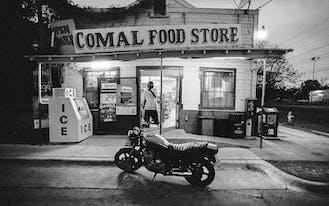 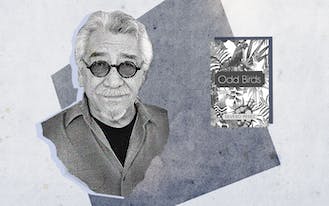