Steve Bridges, the impersonator who made a name for himself perfecting the malapropisms and mannerisms of President George W. Bush, died Saturday at his home in Los Angeles of what appears to be natural causes. He was 48.

Bridges was born in Dallas on May 22, 1963, the Contra Costa Times reported, and according to his brother, Phillip Bridges, seemed destined for his lauded role at an early age. “It all started in the back seat of our Volkswagen,” Phillip said. “He and I doing ‘The Three Stooges.’ “

In a 2005 Washington Post article by Don Oldenburg on lampooning the presidents, Steve Bridges, who underwent two and a half hours of prosthetic makeup to get into character, described his routine as it regularly played out on The Tonight Show with Jay Leno

I come out, wave, look around, stand at the podium, and say, ‘First, I want to thank you for having me. And third, I apologize for forgetting my second point.’ Some actually do think, ‘Holy mackerel, it’s George Bush.’

While Bridges was a bi-partisan impersonator, having depicted both Presidents Bill Clinton and Barack Obama, he never had as good of material as he had with President Bush. It helped that President Bush was a willing participant in his own mockery, joining Bridges in what Teresa Wiltz of the Washington Post called a “dueling-banjos speech” at the 2006 White House Correspondents’ Association Dinner.

Watch his performance with Bush here: 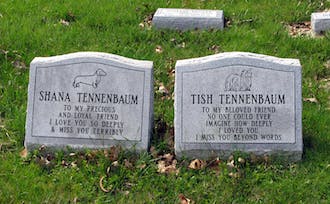