Terrence Malick’s characters are lost. They seek sanctuary, or a path back to an idealized way of being, then get kicked down—and if they do manage to attain it, they pay a great price. In The Thin Red Line, Private Witt is found AWOL on an island in the South Pacific, where he’s captured and dragged back to participate in the battle of Guadalcanal. In Days of Heaven, a couple flees the furnaces of industrial Chicago to hide out as farmworkers in an isolated corner of Texas, only to see the pressures of the outside world catch up with them.

Malick has made not one but a handful of the most hypnotically beautiful movies ever created. But even though his movies are experimental and often innovative, they’re thematically very similar: fallen people, in fallen places, searching for meaning. If you’re into that—and love nature documentaries—Malick is for you. If you value plot and character study, Malick might not be for you. Characters in his films can often feel like forms more than people, representations of something beyond living beings. (His most intimate and autobiographical movie, Tree of Life, famously takes an extended detour to revisit the Big Bang and the social lives of the dinosaurs.)

So it would have been fair to worry, given that the Austin-based director’s recently released movie, A Hidden Life, is about the Nazis. Directors, especially American ones, tend to reach for these stories when they feel they’re ready to make a statement about True Evil—and these films have a decidedly mixed track record.

A Hidden Life, which premiered at Cannes this year, does a few things worth celebrating. It follows the story of Franz Jägerstätter, a real Austrian conscientious objector from a small town who refused to swear an oath of loyalty to Hitler when he was conscripted to serve in the German army and was executed for it in 1943. There are no military vehicles, no battlefields, and no hidden radio sets in A Hidden Life. It’s a war movie about resistance to authoritarianism in which the only question is how one person came to the decision to die.

The film centers on Jägerstätter’s adult life, focusing on his rich relationship with his wife and three daughters, his relationship with his God, and the abortive attempts of others to get him to sign up with the program. This is interspersed with footage of the skies, peaks, grass, and waterfalls of upper Austria. (At the end we realize that what we’ve seen may have been, in a sense, what flashed back to Jägerstätter on his way to the guillotine.) Jägerstätter’s town is in Malick’s imagination, like Private Witt’s island, another premodern utopia: people gather crops with their hands, working collectively. Hitler’s influence comes from outside, and Jägerstätter is eventually taken to Berlin, in scenes dominated by gray and brown tones. Whether Austrians on the German border really did exist in a state of nature in 1943, out of touch with politics except as it was imposed upon them, is beside the point—it’s Malick.

Given a spare script and presumably little instruction from Malick—his working style—the film’s leads, August Diehl and Valerie Pachner, have no trouble filling their scenes. Their connection, and the one they have with their three daughters, is genuinely moving. As Germans and Austrians impress upon Jägerstätter that his death will leave his family fatherless and threatened by the powers that be, it becomes clear that he’s able to do this precisely because he feels secured by his family’s love.

It’s also one of the more powerful recent depictions of religious conviction to appear on film. By definition faith is an internal affair, which makes it hard to convey visually. Still, viewers come to understand what Jägerstätter believes, and how much he believes it. The Catholic Church itself is no hero—frightened men of the cloth advise him to give up. But, as a church painter tells Jägerstätter, Jesus laid down a challenge, and churchgoing folk everywhere are deluded to think they would have been apostles when they’d most likely have been cheering Pontius Pilate on.

Yet Malick doesn’t tell us to emulate Jägerstätter so much as marvel at how weird he is. Even after Jägerstätter is given the choice to swear the oath and spend the war in a hospital, helping the sick instead of shooting, he declines. Say the oath and lie, his lawyer says—God will know what’s in your heart. Jägerstätter refuses. Again and again, his torturers remind him that his sacrifice will mean nothing, do nothing, reach no one. He persists.

His long passage through fortresses and prisons and tribunals references another great fable of religious belief, Dreyer’s The Passion of Joan of Arc. The prisoners walk the prison yard like monks meditating. When gently interrogated by a German officer who seems to be experiencing his own crisis of faith—played by the great Bruno Ganz, in his penultimate role—he refuses to offer judgment, saying that he acts only for himself. He’s beaten and—it’s hinted—raped in prison, bides his time with his friends, and goes to the guillotine prepared. When Jägerstätter is brought close to his execution chamber, he sits on a bench with two others, mirroring Jesus’s comrades at his crucifixion. It’s a passion play, solemn and beautiful. It’s hard to imagine a more moving depiction of Franz Jägerstätter, which is both the movie’s strength and its weakness.

While living memory of the war is fading, artistic statements about the Nazis and the world they inhabited haven’t slowed down. It’s understandable that people keep returning to it—it was, put simply, one of the biggest and worst things that ever happened in history, and it didn’t happen that long ago. To understand the events of any given week from about 1936 to 1946 seems like an impossible task, but people keep trying—in books, movies, plays, and beyond.

A Hidden Life has been taken by some reviewers as a statement about the politics of the moment, with one writer even comparing the priests that fail to help Jägerstätter to evangelicals who have embraced Trump. Movies mean what you bring to them, and it’s hard for an American audience not to think about those parallels. But that feels off—it seems highly unlikely that Malick, in all his headiness, thought: “I think I’m going to make a movie about Donald Trump.”

In fact, the movie is notable for the near-total absence of politics of any kind. Jägerstätter acts, we’re told, because he is a good man and because of Christ’s example of self-sacrifice. That may be true, but we learn very little else about him. The closest we come is when we’re shown footage of Jägerstätter watching Nazi propaganda of the Wehrmacht rolling down ruined foreign streets. Our soldiers are supposed to be heroes, he tells his village priest, but “what if the other men are heroes?”—meaning the ones defending their families and homes.

One has to wonder if a work with this subject matter, following in so many footsteps, has an obligation to say something else. Stanley Kubrick famously said that Schindler’s List wasn’t a Holocaust movie, because the Holocaust was the story of the people who didn’t make it, and Schindler’s List was story of a few people who did. You might say that A Hidden Life is a loving story of a German who didn’t do it. It’s inspiring, and also hard to learn from. The movie exhibits so little interest in Jägerstätter’s contemporaries that, when they aren’t interacting with him, they speak in angry, un-subtitled German, while he and his family speak to each other in English.

The fact that those who remember the war are fading doesn’t mean that our understanding of the war is going to get less true—it could, in fact, mean that we are free to consider the war in ways we couldn’t when they were alive. But those who knew the war and who wrote about it, or made movies about it, often told stories that were frank and sad—Army of Shadows; Au Revoir, les Enfants; The Best Years of Our Lives. The generations that came after used it as a place to search for the meaning behind sacrifice—say, Saving Private Ryan—which has yielded some hits and a lot of misses.

A Hidden Life isn’t a miss. It’s a good movie, possibly a great one. But the things that make it stand out—its cinematography, its setting, its leisurely pace, its willingness to idealize its subjects, and its refusal to explain itself—put it behind glass, like a church painting or a museum exhibit. It also makes it less human, with less to teach. 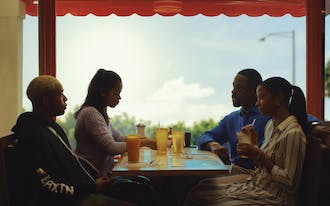 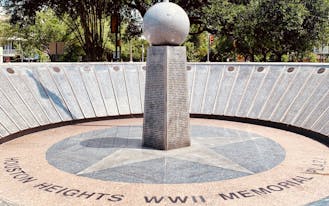 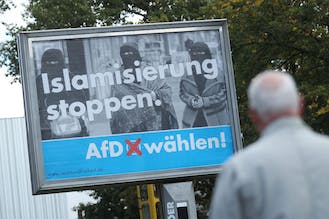