There are a few reasons why Texans are so fiercely proud of the various food and drink brands that have come from our state, but they boil down to one fundamental answer: Our stuff is just better. H-E-B is the best supermarket chain. Whataburger has the best fast food hamburgers. Shiner? Topo Chico? If Texas does it well, we do it really well.

That’s true of Texas music, too. Occasionally, those two things come together, through the surprisingly robust tradition of Texas musicians paying tribute to beloved food brands through song. Crack open a Topo and enjoy this curated selection of the finest convergences between Texas brands and Texas music.

Bob Schneider’s best known for pleasant pop/rock and singer-songwriter fare, but his late 1990s project The Scabs would occasionally take odd detours. The riff-heavy, sung/spoken “H-E-B” is a fairly amusing jam that captures the spirit of Austin in the late 1990s, and the meaningful role that H-E-B plays in the lives of Texans in cities around the state.

The Denison-based Casey Daniels Band wears its love of Shiner on its sleeve—on the band’s 2016 album “Backroads & Moonshine,” the beer gets name-dropped on “Texas Man” (“When I wake up, it’s Shiner Bock beer”) and “Wild Saturdays” (“Drank Shiner Bock bottles in my backyard”). The album closer singles the brew out once more, just in case you didn’t get the message about the band’s affinity for the Central Texas specialty.

Jon Dee Graham puts his weary heart into every song he sings, even if that song is named for a well-loved Austin breakfast institution like Tamale House. Graham uses it as a jumping off point for a ballad about a bittersweet day of wandering the city with your life ahead of you.

Red Steagall’s 1976 hit doesn’t have much in particular to say about the glory of Lone Star—it’s just what he drinks while he listens to Bob Wills and endures his heartbreak, which is a familiar relationship to most people who drink Lone Star. It’s the cheap beer of choice—why would you even think of ordering anything else if you’re in Texas?

Austin’s Shinyribs offered up an ode to the city’s Donut Taco Palace reached what may be the band’s apex with a song fittingly titled “Donut Taco Palace,” where they simply repeat the restaurant’s title and then name various donuts and tacos that a person can enjoy over some noodly riffs, before culminating in an outro where the band just says its own name a bunch. It was only a matter of time before the institution—beloved for smartly combining two very fine and normal breakfast items in the fitting guise of a palace—was immortalized in song, and the loose vibe of Shinyribs made the band the perfect choice to do it.

Houston rapper Fat Tony has long been on the verge of breaking into the mainstream, but he’s always stayed true to himself. That means that “Drive Thru” is a synth-heavy bop about his favorite meal to order from Whataburger (#2, no mayo), while he throws shade on every other fast food burger that could never compare. “Where I’m from Whataburger’s all we like/Big Mac, I don’t even touch that,” he raps. Same here, Fat Tony.

Joe Carrasco’s jam captures the joy of a South Texas day made hotter with peppers and cooler with the gem of Texas soft drinks, Big Red. The song’s infinitely catchy hook and infectious horns are basically the sonic equivalent of a refreshing cream soda.

Ellis’s ode to the fizzy water that Texans have claimed as our own is a bit of traditional country swing from a songwriter who’s mastered emotive ballads. If it took some Topo Chico and lime to loosen him up, it was worth it. 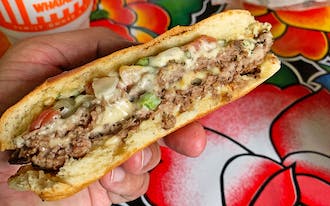 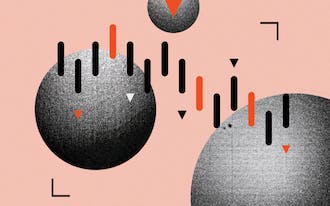