Taylor Kitsch is putting down roots in Texas and building his dream house in Austin. “Texas forever,” Kitsch told GQ‘s Logan Hill. “It looks like it’s going to be that way, too.”

The Friday Night Lights heartthrob, who has traded in his long locks for a more cropped look, channels James Dean in an eight-page photo spread in the magazine’s March issue, shot in Marfa. (See the whole slideshow here.)

At the Washington Post‘s Celebritology 2.0 blog, Jen Chaney dubs Kitsch’s garb in the photoshoot “cowboy-cosmopolitan Western wear.” She also cheers the news that Kitsch is staying in Texas:

[T]here is something undeniably appealing about the notion of Kitsch keeping it real, kicking back with his boots on and surveying his land — possibly from his perch in a lawn chair — in Texas, isn’t there? Does that tell us something about who he really is, or is it simply a piece of information that allows us to continue fantasizing that Kitsch has genuinely romanced a few rally girls, actually calls real men who look like Kyle Chandler “sir” and, on at least one occasion, has prank-called a religious radio program hosted by his super-cute ex-girlfriend and announced that “Jesus was hot.”?

Kitsch, who is doing publicity rounds for his two blockbusters, John Carter and Battleship, is certainly having a media moment. Vulture, who put Kitsch on its list of the nine actors who could have their big break in 2012, called his rise “inevitable.” But Kitsch, on the verge of megastardom, seems to enjoy the low-key lifestyle Austin has to offer, as he explained to Entertainment Weekly‘s Adam B. Vary last month:

So is Kitsch ready to handle the mad rush of fame that is suddenly heading his way? “Yeah,” he told EW last month, in his typically amiable Canadian drawl (if there is such a thing). “I mean, I live in Austin, Texas, and I think so many things boil down to it being a choice. If I want to be in the s—, I can be in the s—.” So what does being “in the s—” mean? “I don’t do the L.A. stuff. I don’t put myself in the predicament of going to the clubs, going to these f—ing events, the schmooze s—. I think a lot of people think they need to go do these things to be seen or talk to people that may get them a job. But I never want to get a job that way. I’ll always leave it to my work to do all the talking, or hopefully that’s the way it is. And I take pride in that, because I think it’s becoming more rare as the more I get into it, all this press and stuff. I love the fact that I live in Austin, and I come in, do the job, and get out.” 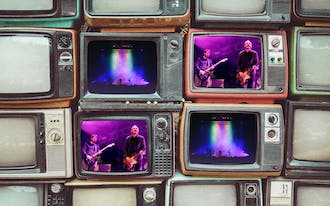 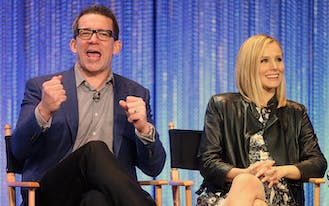